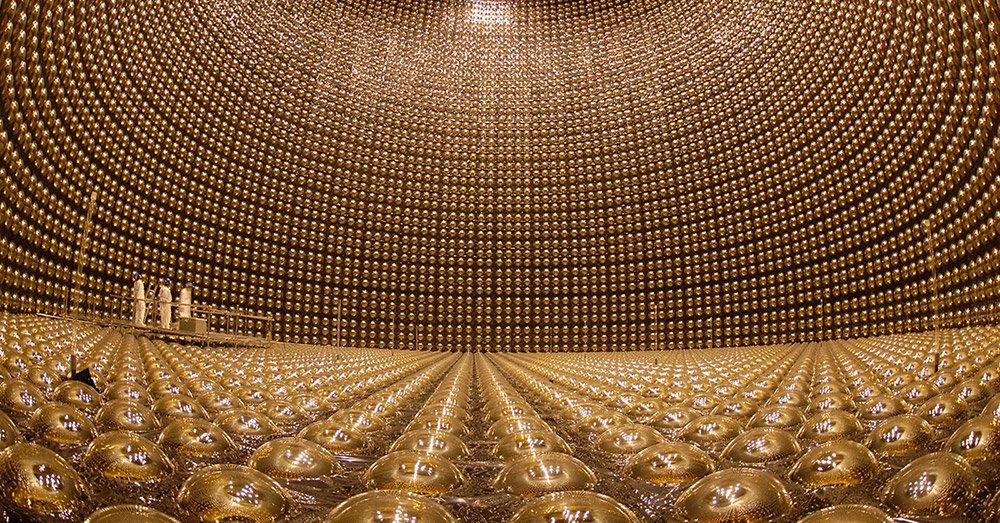 New findings from the T2K experiment in Japan rule out roughly half of the conceivable range of values that could reveal how neutrinos behave in comparison to their antimatter counterparts with 99.7% certainty.

Physicists are getting closer than ever to measuring a value that could help them answer one of the field’s long-standing questions: why is the universe filled with matter rather than antimatter.

Why did matter and antimatter fail to cancel one other out completely after the Big Bang, leaving nothing but energy behind? The answer could be found in physics’ most enigmatic particle, the ghostly neutrino, and understanding how it differs from its antineutrino counterpart.

Scientists working on the T2K Experiment in Japan have published fresh findings that rule out nearly half of the possible values of a measurement that may finally tell us whether neutrinos are to blame for the imbalance with 99.7% confidence.

T2K has been focusing on this value, known as the CP violating phase of neutrinos, with the NOvA experiment in the United States. There is still more work to be done in order to determine this value, but these latest findings are the most powerful constraint yet.

Chang Kee Jung, the experiment’s US primary investigator and a professor at Stony Brook University, adds, “T2K now has more data with better algorithms and better analysis tools than ever before.”

It would be an extraordinarily rare trait in the symmetrical world of physics if neutrinos and antineutrinos behaved differently. It could explain why there is more matter than antimatter and present us with a new perspective on the universe.

Neutrinos are the most prevalent matter particle in the universe, passing through your body at a rate of 100 trillion every second. Nuclear reactions, such as those found in the sun and supernovae, are the source of these particles. They barely interact with matter as they travel through the universe. As a result, studying them is incredibly tough.

They have an antimatter particle, just like all other subatomic particles; theirs is called the antineutrino. With an opposing electric charge and opposing internal quantum numbers, these twins act as mirror opposites to their counterparts. Charge-parity (CP) symmetry is the term for this.

However, neutrinos are unique in that they oscillate as they travel, changing from one “flavor” to the next. Physicists can send a beam of muon neutrinos or muon antineutrinos to the Super-Kamiokande detector from the Japan Proton Accelerator Research Complex (J-PARC) in Tokai, Japan, about 300 kilometers away in the T2K experiment.

If neutrinos and antineutrinos change flavors differently, it could indicate a CP violation imbalance, which could help them understand why the universe has so much matter. The Big Bang should have produced an equal amount of matter and antimatter, according to popular belief. If that were the case, all the particles and antiparticles would have collided and annihilated.

According to Jung, “the entire universe would be filled with light.” “If we have CP violation, then there could have been a process very early in the Big Bang that allowed it to destroy all the antimatter, leaving just enough matter to construct our universe.”

The amount of CP violation in neutrinos can be expressed as a numerical value, ranging from -180 to 180. Any number other than 0, -180, or 180 indicates that the matter and antimatter versions of neutrinos are different. Neutrino physicists are aiming to determine this measurement to a confidence level of 5 sigma, at which point they will consider it a new finding.

T2K has now removed the range of values from -2 to 165 with a confidence level of roughly 3 sigma after years of data collection. “If humanity is on a quest to detect CP violation at the 5-sigma level, T2K is nearly there,” Jung argues.

Indeed, as many positive values at 0 and 180 begin to be ruled out, the measurement may finally show that CP violation in neutrinos is as large as it can be. This conclusion could be very interesting, says André de Gouvêa, a professor at Northwestern University and a neutrino theorist, because the only types of particles known to violate CP, quarks, have only a very minor imbalance between the behavior of their matter and antimatter particles. “How could that be?” says the narrator. It could reveal something about the relationship between these two variables. There’s still a lot we don’t know.”

The NOvA experiment, which is run by the Fermi National Accelerator Laboratory of the US Department of Energy, is likewise measuring neutrino oscillations in the hopes of narrowing down the possible range of values. T2K uses neutrinos with lower energies, detects them 300 kilometers (approximately 190 miles) away, and uses a big water tank to detect them. NOvA utilizes neutrinos with higher energies, detects them 300 kilometers (about 190 miles) away, and uses a huge water tank to detect them. NOvA detects higher-energy neutrinos from a distance of around 800 kilometers (500 miles) using a liquid scintillator detector.

Multiple experiments looking for the same event are crucial because “if they receive a different answer, it may be an indication that there is some physics that we could have missed,” according to de Gouvêa.

In fact, according to Jung, the two experiments are currently collaborating to combine data. “Such efforts require a large number of people,” he says. “Hundreds of people at various levels, from leaders to those directly involved with the accelerator, beams, detectors, and analysis. It takes that kind of cooperation to discover something new. As a community, we will have increased confidence in our results as a result of combining our data.”

T2K and NOVA will have a big hint that CP is violated in the best-case scenario, and the new experiments will measure the value,” de Gouvêa says.

These findings won’t explain us how the cosmos manages to have more matter than antimatter, but understanding how neutrinos play a role in particle physics will be crucial in the future, he says. “It will be critical in moving forward,” he says.