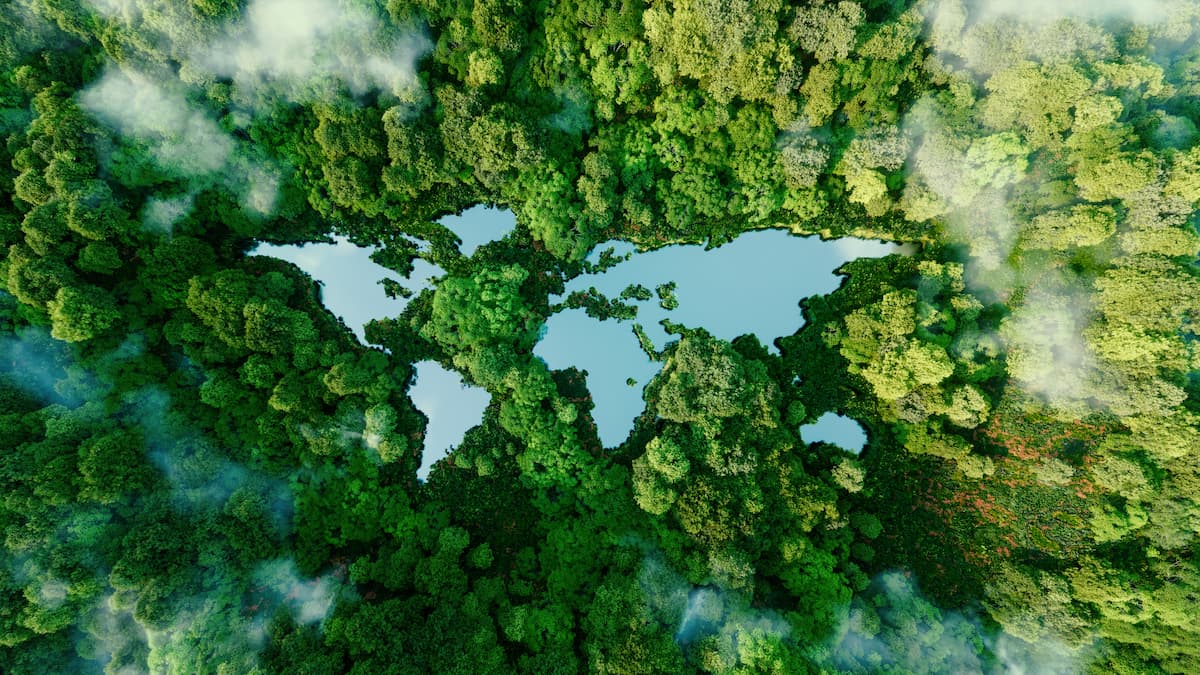 What are Climate Clubs and why do we need them?

Climate Club-As global warming continues to accelerate towards 2 degrees Celsius, governments have finally received the message: it’s time to increase their climate ambition. Since COP26, there has been a global upsurge in “net zero” promises, “methane pledges,” and “renewable energy” pledges; as a result, governments, researchers, and activists are looking for methods to capitalize on this green momentum to execute even more ambitious climate action. Many feel that climate clubs are one method to achieve this. The idea, which was first proposed in 2015 by Nobel laureate William Nordhaus, has recently been at the center of various discussions on climate policy. From academic seminars to the aims of the German G7 presidency, debates on combating global climate change seem to inevitably pose the same question: is it time to form an international climate club?

For many, this topic leads to even more fundamental ones: what is a climate club, and are we on the verge of establishing one?

A climate club seeks to address the particularly perplexing issue of worldwide environmental free-riding. While local expenditures are incurred to reduce greenhouse gas (GHG) emissions, worldwide advantages are realized. Therefore, countries have an incentive to wait for others to act rather than pay for costly mitigation actions alone. This free-riding not only impedes the development of climate mitigation in many nations, but it may also have unfavourable repercussions for nations with robust climate legislation. Companies that must pay for the right to release greenhouse gases or are subject to expensive regulation may attempt to increase their competitiveness by migrating to nations with less stringent climate regulations. This phenomenon is known as carbon leakage. This leakage offers a twin challenge, harming the economy of nations with aggressive climate policies and failing to lower the global level of greenhouse gas emissions despite these regulations.

It seems that ambitious international climate action will not occur unless these issues are overcome. Enter climate clubs. According to Nordhaus, a club organization helps combat free-riding. He describes a climate club as “an agreement between member nations to reduce emissions in a coordinated manner.” This agreement creates a benefit for “members” that “non-members” are not eligible to get. This advantage, or “club good,” might include easy access to member nations’ marketplaces (to which non-members have limited access due to trade restrictions), the transfer of green technologies, and access to climate funding. The exclusion of these advantages for non-members is a crucial aspect of a successful climate club, according to Nordhaus.

It is vital to note that, despite the fact that climate clubs are a popular issue in international climate policy, no such club has ever existed.

Numerous debates on the formation of an international climate club focus on carbon pricing. The concept is straightforward: members agree on a common (minimum) price for carbon and impose fines on nations that fall below the price barrier. Members obtain protection from carbon leakage and enjoy barrier-free access to other members’ markets (and maybe other “club products”), while non-members are attracted to the club by the penalties. Numerous major international institutions, including the OECD, the WTO, and the IMF, have called for worldwide carbon price cooperation.

A global carbon price might be related to the border carbon adjustment, a well-liked policy tool among climate change activists (BCA). BCAs charge imports a fee proportional to their carbon intensity. They are intended to safeguard the competitiveness of sectors that are subject to high carbon pricing or regulations by levelling the playing field with international competitors that have reduced climate-related production expenses (in essence, combatting carbon leakage).

A BCA has several design possibilities that, when harmonized across various nations, might provide the coordinated instruments with the functionality of a climate club. Nations might agree collectively which items to cover, a method for estimating the embodied emissions of products, how to utilize revenue, and which countries to exclude (if any). The mechanism also integrates seamlessly with carbon pricing; the nation adopting the mechanism uses its domestic carbon price as the foundation for the export tax it levies. If exporting nations have a carbon price of zero, they pay the whole cost; if their carbon price is lower than that of the importing nation, their fee is modified to reflect the difference. As with the BCA’s design elements, member nations might determine a minimum carbon price upon which climate club membership is contingent.

Is a climate club based on carbon pricing realistic?

Although tempting in its simplicity, a climate club based on carbon price ignores substantial practical issues. Putting an explicit price on carbon via a carbon tax or an emissions trading scheme may not be a viable strategy for decarbonization in many nations. For certain economies, attaining the aims of the Paris Agreement may be best accomplished via regulations and standards, while for others, carbon pricing is a political impossibility. Carbon pricing is politically unfeasible in the United States for the foreseeable future, and a climate club based on a carbon price would either confront fierce opposition from the US (likely impeding the club’s establishment) or exclude one of the world’s largest economies and largest emitters (reducing the club’s effectiveness and incentive to join).

However, club membership contingent on any carbon price may still be implausible. Beyond fears that carbon pricing may make a climate club excessively exclusive or unappealing to prospective members, cooperation on both explicit and implicit carbon prices presents a myriad of administrative and technical challenges. Carbon taxes and emissions trading schemes differ widely in design, making it difficult to compare carbon prices directly. It is unknown how an implicit carbon price would be computed, which compounds the difficulty of implementing one. No jurisdiction has yet developed such a gauge, and even if different nations were to create implicit carbon pricing, they would suffer the same comparability issues as explicit ones.

Are there Contenders for an International Climate Club?

Many have argued that the transatlantic region could host the first climate club in the world. Canada said in the autumn of 2020 that, after the establishment of the EU CBAM, it will begin consultations on creating a BCA and cooperating “with like-minded economies” on its implementation. Two US representatives presented the FAIR Transition and Competition Act in 2021, which would create a BCA for carbon-intensive imports.

Despite the fact that the EU, Canada, and the United States are contemplating the implementation of comparable procedures, their harmonization creates enormous logistical and political challenges. First, it seems that the EU will only accept unambiguous price on carbon for exemption from its CBAM (although the Commission’s draft proposal looks to leave the door open for bilateral agreements with other nations on crediting for foreign climate measures). While Canada has implemented carbon pricing measures, the United States has not and is unlikely to do so in the near future. The US BCA, on the other hand, would base its tax on the expense of complying with carbon regulations (an implicit carbon price). In addition, the US plan specifies that exemptions from the BCA would only be granted to nations who “do not impose a border carbon adjustment on U.S.-produced or -manufactured items.” This effective exclusion of the EU, the only country having a BCA in proposed legislation, shows that a BCA-based climate club combining the United States and the European Union is not imminent.

EU-US Deal on Steel and Aluminium

As with BCAs, the EU and US would be required to agree on the design of essential policies under this agreement. They would need a standardized technique for measuring the carbon intensity of steel and aluminium products, as well as a definition of low-carbon and high-carbon manufacturing methods.

Important to the debate of the climate club is the reality that additional interested nations may join the arrangement. Any nation that harmonizes its policies with those outlined above and “meets requirements for restoring market orientation and limiting trade in high-carbon steel and aluminium goods” may also join the agreement. This system might meet Nordhaus’ requirements for a climate club, since “members” would have better access to one another’s markets (including the enormous EU and US markets, which are significant) than “non-members,” who are subject to limitations. Similar to how the post-World War II European Coal and Steel Community morphed into the European Union, such a treaty might serve as the foundation for greater cooperative engagement and supranational harmonization of climate policy across members.

Whether the steel and aluminium pact establishes a framework that may lead to the formation of an international climate club relies on the agreement’s impending details and, as is often the case with the United States, the political context.

Germany, which now holds the rotating chair of the G7 and has emerged as one of the most fervent proponents of a climate club, is perhaps the most viable path for the formation of a climate club. Chancellor Olaf Scholz fought fiercely for the establishment of this accord during the 2021 federal elections, just as he did as Finance Minister. The coalition agreement of the incoming administration calls for the formation of a club that focuses on climate neutrality, a large development of renewable energy and infrastructure, and the manufacturing of hydrogen.

In its G7 Presidency Programme, Germany supports for a “global climate club that is accessible to all nations, developing international cooperation beyond the G7, particularly with G20 partners.” Germany has also made it clear that although the language of a “club” may sound exclusive, its objective is to include countries at all stages of development and with climate policies of varying levels of ambition, with measures that would assist countries in implementing more aggressive climate protection plans. The G7 could quickly move high emitting nations toward ambitious climate policies and create a framework for members to hold one another accountable for their commitments if they developed a framework for a climate club, especially one that would provide incentives for less developed nations to join.

However, despite the meteoric rise to worldwide popularity of the climate club concept as a result of its position on the G7 agenda, nothing is known about how the proposed club would function. Many anticipate the 2022 G7 Summit in the hopes that the Group will offer clarification on its proposal to form the world’s first international climate club, as well as reveal who will join, how it will be constituted, and when it will be founded.