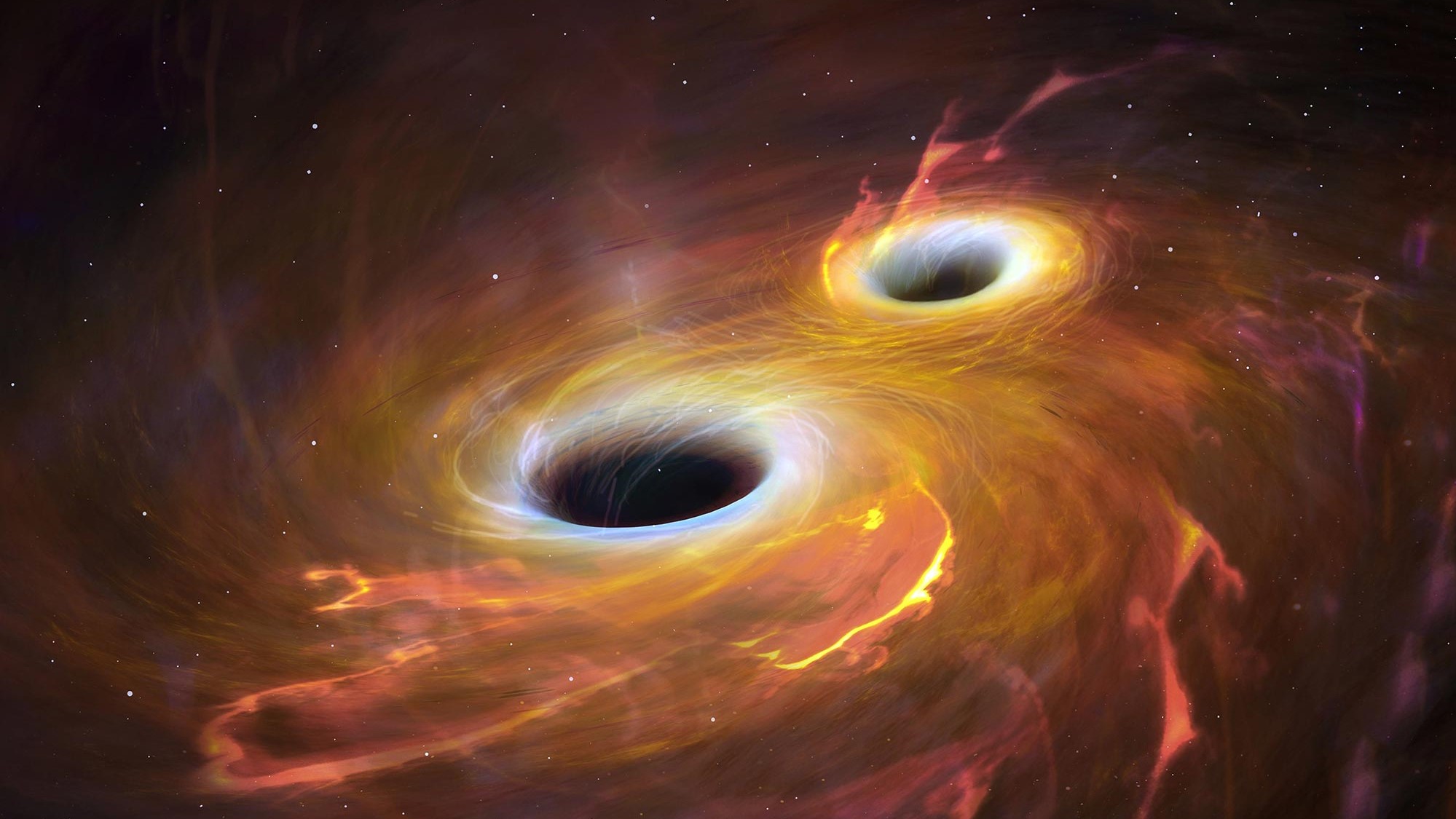 Neutrinos are also created during the collision of black holes

Since the first-time astronomers detected ultra-high energy neutrinos coming from all different directions in space, they have not been able to determine what causes them to be produced. On the other hand, a recent hypothesis proposes an improbable origin: the collision of two black holes. Neutrinos are particles that have a very ghostly appearance. They do not possess an electric charge, and their interactions with ordinary matter through the weak nuclear force are extremely infrequent. Every single second, billions upon billions of neutrinos travel through your body, traversing every square centimeter. Therefore, in order to observe them, truly massive observatories are required. The IceCube Neutrino Observatory, which is comprised of a series of detectors sunk into the Antarctic ice sheet at the South Pole, is the largest of all of these observatories. On occasion, a neutrino will collide with a molecule of water ice, which will result in a brief flash of light that can be observed by the observatory.

Even though IceCube has hosted an incredible number of events over the years, only a select few truly stand out. Some neutrinos have an extremely high energy level – an energy level that is so high that it is challenging to conceive of plausible scenarios that could generate them. On the opposite end of the spectrum, black holes are thought to be the most powerful objects in the universe. Their powerful gravity is capable of ripping stars apart and even powering the formation of jets that can launch thousands of light years into space. So, the findings of recent research point to the possibility that black holes are the source of neutrinos with the highest energy. On the other hand, this won’t work with black holes if they’re all by themselves; rather, the black holes will need to be encircled by an electrically charged plasma. An accretion disk will be formed as the plasma spirals around the black hole in question. The extremely powerful magnetic and electric fields that exist within the accretion disk have the ability to wrap themselves around the black hole and cause a jet of material to be expelled in all directions.

When two black holes combine into one, the direction in which the jet is emitted is altered, and there is a small chance that the jets will receive an additional boost from the gravitational energy that is created by the merger. The authors of the new study hypothesize that, under certain circumstances, the intensification of the jet that occurs during a merger may be capable of producing neutrinos with unimaginably high energies. The authors suggest that these black holes do not need to merge all that frequently in order to match the observed numbers of high-energy neutrinos that IceCube has detected. This is the conclusion that they came to after analyzing the data collected by the instrument. If neutrinos are powered by the mergers of supermassive black holes, then all that is required for each cubic gigaparsec of volume is for them to collide between once every 100,000 and once every 10 million years. If, on the other hand, neutrinos are powered by the mergers of stellar mass black holes, then these mergers only need to take place between ten and one hundred times every year in every cubic gigaparsec of volume. These are encouraging numbers because they fall within the range of the expected merger rates for stellar mass black holes as well as supermassive black holes. As explanations for mechanisms go, this one seems to make sense. The only way to know for sure is to conduct additional observations, and we can only hope that astronomers will be able to identify the origin of these extremely energetic exotic particles.