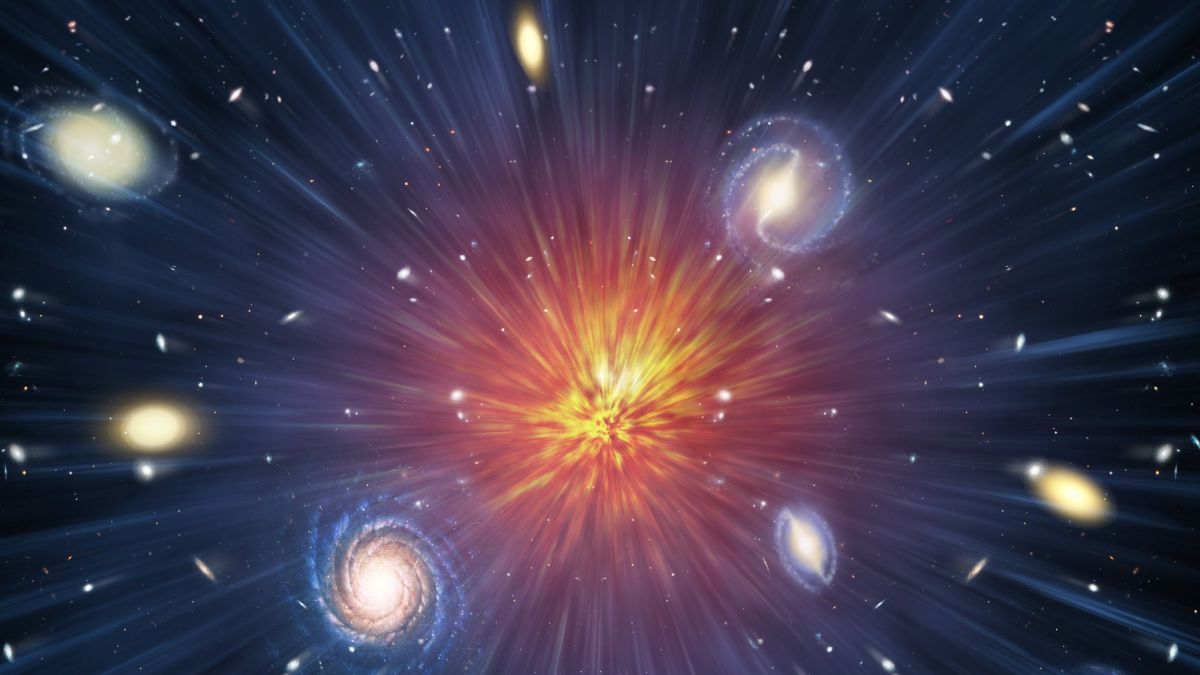 Big Bang neutrinos are thought to be present throughout the cosmos but have never been observed. If researchers could locate these subatomic particles, which are the earliest witnesses or remnants of the early universe, they could be able to offer new insight on the cosmos’ creation. That’s a difficult task considering how quickly these spectral particles can traverse planets as if they were void of all life.

Christopher Tully, a physicist at Princeton University, is preparing a facility to find these data-rich remnants that first appeared one second after the Big Bang, at the start of the period when protons and neutrons fused to make all the light elements in the universe. Tully, a professor of physics at Princeton, directs a prototype lab at the Princeton Plasma Physics Laboratory (PPPL) of the U.S. Department of Energy (DOE), which makes use of the fact that neutrinos can be captured by tritium, a radioactive isotope of hydrogen, and give the electrons released in tritium decay a tiny boost in energy.

The prototype seeks to measure this minuscule additional energy with previously unheard-of accuracy. The hardest and darkest conditions imaginable will be needed for the endeavor, which has been compared to finding a specific heartbeat in a crowded sports arena, in order to prevent interference with the incredibly sensitive sensors. If the initiative is successful, it could result in a significant new experiment at PPPL that would either validate or reevaluate the traditional model of the Big Bang and its aftereffects. Using calorimeter techniques, Tully said, “We aim to take enough data to measure the neutrino or at least produce the world’s most precise measurement.”

A pair of superconducting magnets are attached to opposite ends of a 5-foot vacuum chamber in the state-of-the-art setup created by PPPL engineer Charles Gentile and other lab employees. The second magnet is coupled to a calorimeter that measures electron energy. Tully gives the experiment the moniker PTOLEMY, an acronym for “Princeton Tritium Observatory for Light, Early-universe Massive-neutrino Yield,” after an Egyptian astronomer of Greek descent who lived in the second century. Grants of $400,000 from the New York City-based Simons Foundation and $330,000 from the Pennsylvania-based John Templeton Foundation provide funding.

This summer, after several years of planning, the search for Big Bang neutrinos will start. A vital component will soon be present: a postage stamp-sized sheet of graphene, a layer of carbon just one atom thick, filled with 1/100th of a microgram of tritium. When it comes from Savannah River National Laboratory, this setup will produce a clear spectrum of tritium decay. In accordance with its Radiation Protection Program, which has been approved by the DOE, PPPL will handle this tritium safely. The facility conducted fusion experiments on its Tokamak Fusion Test Reactor from 1993 to 1997 using larger doses of tritium as a fuel together with the hydrogen isotope deuterium.

The first superconducting magnet, whose field strength is similar to that of MRI equipment used in hospitals and clinics, will house the tritium-loaded graphene, according to researchers. As tritium decays, this field will direct electrons into a nearby vacuum chamber. Only the highest-energy electrons will be left for the calorimeter to study after passing through a sequence of electrodes placed within the vacuum chamber as the magnetic field first drops and then rises as the electrons enter the second magnet.

See also  For Neutrino 2020, about 3000 scientists will gathering online

The calorimeter will be the world’s most precise instrument of its kind. It will be connected to a dilution refrigerator set at 10-to-50 millikelvins, which is just a few degrees above absolute zero and more than 50 times colder than deep space. A superconducting state, in which electrons can flow without resistance, and a non-superconducting state, which offers resistance, will coexist in the calorimeter due to the extreme temperature. The calorimeter would signal an approaching electron with neutrino-supplied additional energy by fast turning resistive. On days when the National Spherical Torus Experiment-Upgrade (NSTX-U), the laboratory’s recently finished flagship facility, is operating, this dilution refrigerator might make PPPL one of the hottest as well as the coldest places in the solar system. The NSTX-U regularly performs experiments at or above the sun’s 15-million-degree core as it looks into fusion reactions as a source of energy for producing electricity.

The main objective of the PTOLEMY project is to show that it is possible to detect the mass of Big Bang neutrinos, which will open the door for a much bigger experiment that will investigate the disintegration of 100 kilos of tritium. The massive new experiment would put to the test the hypothesis that the universe contains about 330 Big Bang neutrinos per cubic centimeter. If this prediction is true, the larger PTOLEMY would count the number of electrons that neutrinos have boosted in energy. Its confirmation would support current theories about the development of the universe since the Big Bang, but its denial would invalidate the model and provide new information.

Other extensive outcomes of the experiment are possible. It may find sterile neutrinos, speculative Big Bang particles with neither positive or negative charge that may be the origin of dark matter, an invisible substance that accounts for 20% of the universe’s mass. He says, “My dream is to have a beautiful depiction of a huge new facility that engineers can build and to illustrate that detecting neutrino mass can function.” Other tools helpful for advancing the primary collaboration goal of the fusion energy lab are housed in the laboratory area where PTOLEMY is located. For instance, engineers working on the ITER international tokamak, which is being built in France, will test a diagnostic tool on a strong magnet nearby. Graduate students and summer interns will work on PTOLEMY itself.

PPPL, located on the Forrestal Campus of Princeton University in Plainsboro, New Jersey, is committed to advancing knowledge of the physics of plasmas, which are extremely hot, charged gases, and to discovering workable solutions for the production of fusion energy. PPPL research has produced a variety of useful products, such as a portable nuclear materials detector for anti-terrorist usage and widely used computer codes for assessing and forecasting the results of fusion tests. The U.S. Department of Energy’s Office of Science, the country’s largest single funder of fundamental research in the physical sciences, works to address some of the most important problems of our day, and the laboratory is run by the university on its behalf.