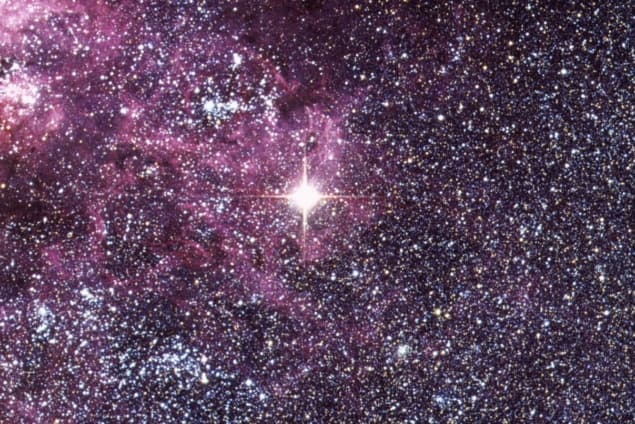 Were high-energy neutrinos discovered 34 years ago from a supernova?

Data from more than three decades ago may include evidence of high-energy neutrinos produced by a supernova. Yuichi Oyama, a physicist from Japan’s KEK research institution, claims to have worked on one of two tests that he claims intercepted such particles from the SN1987A event but did not share the necessary data at the time. Although the discovery may assist explain the origin of the most powerful cosmic rays, some researchers believe the data is insufficient.

Supernovae are massive explosions that occur when massive stars run out of nuclear fuel and collapse, causing shock waves that expel the star’s outer layers. SN1987A, which occurred around 170,000 light–years from Earth in the Large Magellanic Cloud, was the nearest supernova seen in well over 300 years. Its light first shone on February 23, 1987, and it peaked three months later. It was also the first supernova from which physicists discovered neutrinos, with two underground experiments – Kamiokande-II in Japan and IMB in the United States – registering 25 of the elusive subatomic particles.

Those neutrinos were all discovered in less than 13 seconds, validating previous supernova models and giving Masatoshi Koshiba, the Kamiokande-II spokesman at the time, a share of the 2002 physics Nobel prize. The neutrinos, on the other hand, all had modest energy — a few tens of millions of electronvolts. According to theory, within a year following the explosion, such supernovae should emit billions of electronvolts of neutrinos. The disintegration of pions created when protons accelerated by the residual star meet with the ejected material is the cause of this.

It is a difficult task

Observation of these high-energy neutrinos would prove that supernovae accelerate at least part of the highly energetic cosmic-ray protons that reach Earth. However, detecting these particles is a difficult process. Scientists fill enormous tanks with water or other liquids to detect neutrinos, then measure the Cherenkov light emitted when muons produced by neutrinos colliding with nuclei in nearby rock travel through the liquid. However, in order to do so, researchers must filter out muons generated by cosmic ray protons in the atmosphere (the cosmic rays themselves being susceptible to magnetic deflection on their journey to Earth and therefore unable to reveal their own points of origin).

In the case of high-energy neutrinos from supernovae, the challenge is to check exclusively for neutrinos that reach detectors from below after passing through the Earth. Any muon produced by cosmic ray protons in the atmosphere on the other side of the globe will only reach a few kilometers into the Earth’s crust, and so cannot be mistaken with the muons of interest.

Oyama analyzes the “upward-going muons” recorded by Kamiokande-II and IMB in a preprint he just published to the arXiv service. He uses two criteria to narrow down how many of these occurrences can be linked to high-energy neutrinos from SN1987A. One, they took place between August 11 and October 20, 1987. And two, they were no more than 10 degrees away from SN1987A’s direction. In doing so, he discovers four such occurrences, two in each of the tests.

These occurrences might still be noise, as Oyama points out, namely neutrinos produced by cosmic rays on the far side of the Earth. However, background neutrinos are uncommon in and of themselves. Indeed, he claims that the Kamiokande-II and IMB data reveal that in the geographical and temporal frame he chose, not a single such neutrino would be anticipated. He calculates the probability of the four events not having originated in SN1987A to be 0.27 percent by combining the individual probabilities that each is background.

As a result, these occurrences “may represent the first evidence of high energy neutrinos from a supernova explosion,” he concludes.

Oyama claims that neither the Kamiokande-II nor the IMB partnerships regarded their separate detections to be statistically significant evidence, and that they only learnt of their counterparts’ data when several IMB members traveled to work in Japan in 2004. However, no statement was made at the time, and he claims he waited until Koshiba’s death in November of last year to make the results public.

Oyama is putting his neck out in this way. After failing to persuade the other members of the two partnerships to publish a combined publication, he issued his article. Indeed, one former Kamiokande-II colleague disagrees with the methodology used in the research, claiming that it is based on an a-posteriori statistical computation.

Analyzed in the dark

Francis Halzen of the University of Wisconsin-Madison in the United States, the lead scientist of the IceCube neutrino detector at the South Pole, shares these reservations. He points out that Oyama did not conduct a “blind analysis,” in which the time period and angular frame are selected before the data is revealed.

Indeed, Halzen pits the new research against work from his own group, which announced in 2018 that it had pinpointed a specific massive elliptical galaxy as the source of one high-energy neutrino discovered by IceCube. He claims that the study used blind analysis, produced significantly higher-probability evidence, and was backed up by observations at multiple electromagnetic frequencies.

Oyama admits he didn’t perform a blind analysis, but says it’s difficult to do so with data that’s more than 30 years old. In any event, he says he attempted to avoid making the choice of geographical and temporal frames “too deliberate,” adding that even slightly narrower windows would have significantly increased statistical significance. He argues that the most essential thing is to share the facts and let people to judge their importance for themselves.