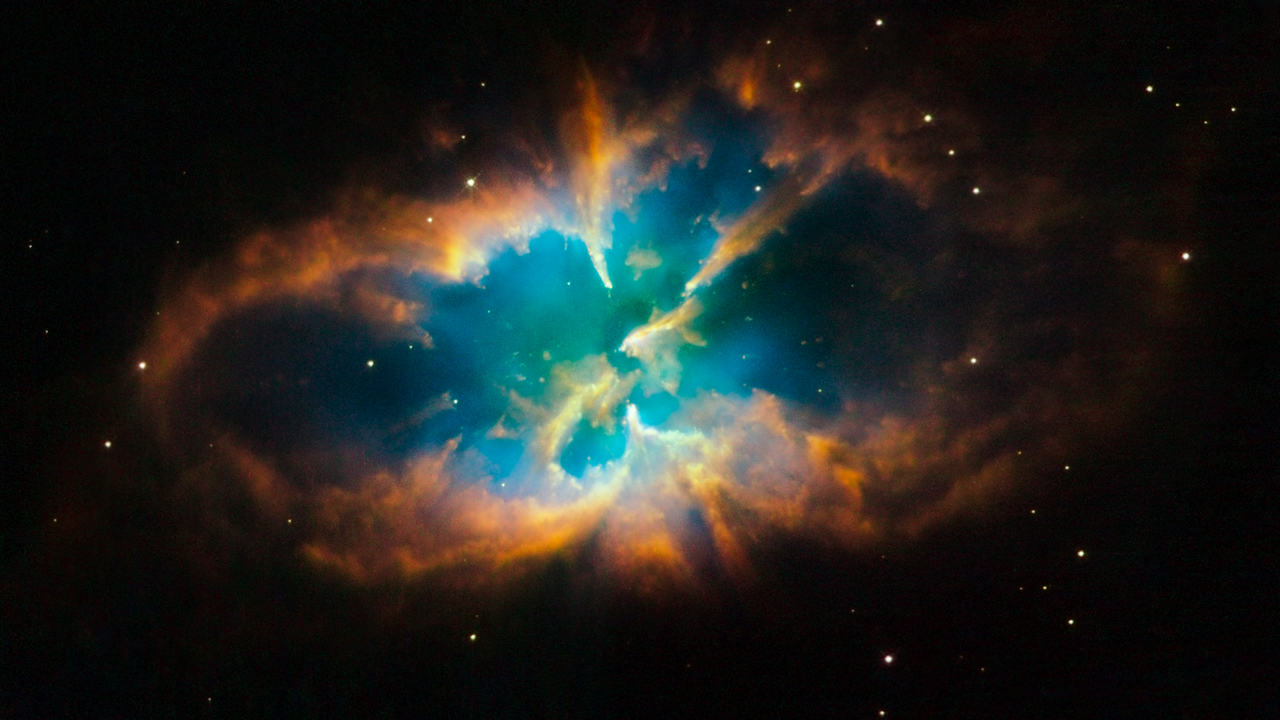 Physicists from The University of Hong Kong (HKU) and the Laboratory for Space Research (LSR) have led an international team of astronomers who have found a rare celestial treasure termed a Planetary Nebula (PN) inside the 500 million-year-old Galactic Open Cluster (OC) known as M37 (also known as NGC2099). This is a highly significant discovery in astrophysics. Their research was recently released in the esteemed open-access journal Astrophysical Journal Letters.

PNe are the ejected, luminous shrouds of dying stars that glow with a rich emission line spectrum and exhibit their distinctive colors and shapes, which make them photogenic magnets for public curiosity. It was no accident that a PN appeared in one of the first public James Webb Orbit Telescope (the largest optical telescope in space) photos!

Out of the roughly 4,000 PNe known in our Galaxy, the PN with the somewhat awkward name “IPHASX J055226.2+323724” is only the third instance of a relationship between a PN and an OC. It appears to be the earliest PN ever discovered as well. The authors discovered the PN has a “kinematic age” of 70,000 years, which was determined by the tiny team lead by Professor Quentin PARKER, Director of the HKU LSR. This estimation is based on how quickly the nebula is expanding, as seen in the PN emission lines, and assumes that this pace has stayed essentially constant throughout. It also takes into account how long it has been since the host star, a dying star, initially expelled the nebular shell. In contrast, normal PN ages range from 5,000 to 25,000 years. Although it is a grand old lady in PN terms, it is only a “blink of the eye” in terms of the hundreds of millions of years that the original star itself has lived.

This “grand old dame” resides in a star cluster, providing the scientists with access to powerful extra parameters that are not possible for the majority of the Galactic PN population. Among these is calculating the mass of the progenitor star of the PN when it exited the stellar main sequence using data from the hundreds of stars in the cluster that were spotted and shown in a so-called color-magnitude diagram. Using theoretical isochrones and observed characteristics of the hot, blue central star, the scientists may also determine the remaining mass of the central star that ejected the PNe. They calculated the mass of the star that initially ejected the PN gaseous shell and the amount of mass currently remaining in its residual, contracting hot core (which is already a so-called “White Dwarf” star”). New “Gaia” data for the hot, blue, PN central star also give a good distance estimate, allowing the PN’s actual size at this extreme age to be determined as 3.2pc (parsec, an astronomical unit of measure for interstellar space with 1pc equal to 3.26 light-years) in diameter, which is perhaps not surprisingly also at the extreme end of known PN physical sizes.

“I am so excited to be able to work on these fascinating rare cases of OC-PN associations because they keep turning up important science results, like all three cases we have found are butterfly (bi-polar) PN in terms of shape, all are very faint and highly evolved, and all have Type-I chemistry according to their emission lines, and of course all have intermediate to high progenitor masses,” said Vasiliki FRAGKOU, the study’s first author and a former doctoral student at

This is only the third instance of a PN discovered in a galactic open star cluster, and my group has discovered all three confirmed instances, according to corresponding author Professor Quentin Parker. They are extremely uncommon, but they are also highly significant because we can use these stunning objects to calculate points on the initial to final mass relation (IFMR) for stars, an important astrophysical relation, without relying on the conventional way of employing white dwarfs in clusters. It’s interesting to note that all of our points fall just below the empirical IFMR trend now in place, but they also contribute to the “kink” in this relation that Marigo et al. recently discovered in the region of 2-3 Solar masses for the initial progenitor mass. Our OC-PN sites are fortunate to be located in areas of the IFMR that are currently underpopulated, making them even more valuable.

Professor Albert ZILJSTRA, co-author and University of Manchester’s Hung Hing Ying Distinguished Visiting Professor in Science and Technology at HKU LSR, offered his thoughts on the PN visibility lifetimes, which had previously been substantially shorter in the Galaxy as a whole. “This novel conclusion shows that the position of a PN in an OC provides an environment suited for allowing the PNe to expand and fade without disruption by the ambient ISM,” according to the study.