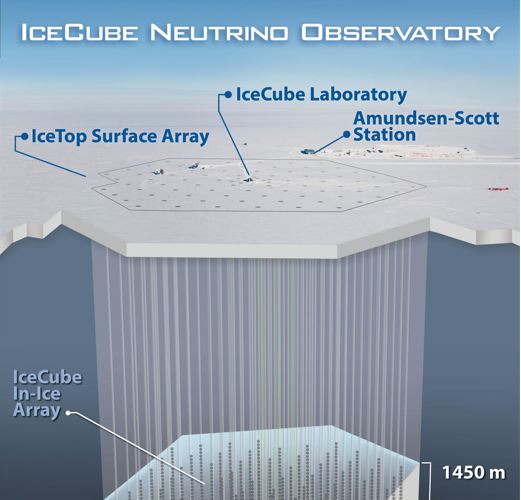 PRISMA+ Cluster of Excellence scientists are leading a new publication

For decades, scientists have claimed that the “Standard Model,” the current best hypothesis for explaining particle physics, is insufficient to explain how the world works. The quest for physics beyond the Standard Model (BSM) may be aided by elusive particles known as neutrinos.

Neutrinos are frequently referred to as “ghost particles” since they seldom interact with matter and may pass through almost any medium. However, depending on the neutrino’s kind (or “flavor”), they may be “slowed down” while traveling through matter, a phenomenon known as the “matter effect.”

Neutrinos have additional interactions with matter in several BSM models due to new and previously undiscovered natural forces. These interactions may influence different neutrino flavors to differing degrees, and the strength of the ensuing matter effects is dependent on the density of matter the neutrinos are traveling through. It might hint to novel physics if researchers find matter effects that can be described as “nonstandard interactions” (NSI).

The IceCube Neutrino Observatory, a network of sensors implanted in the ice at the South Pole, was designed to detect and analyze neutrinos from space. However, DeepCore, a subset of more tightly packed sensors in IceCube’s center, is sensitive to lower energy neutrinos produced in Earth’s atmosphere, which may be more strongly impacted by nonstandard matter effects. The IceCube Collaboration presents an examination of three years of DeepCore data to discover if atmospheric neutrinos have additional interactions with matter in a report published today in Physical Review D. This study restricts all of the factors used to characterize NSI, which is an improvement above previous studies that focused primarily on the NSI regimes to which IceCube is most susceptible.

Ambassadors for new physics who are extremely valuable

“Atmospheric neutrinos are an excellent probe for determining whether neutrinos have NSI because they pass straight through Earth, including its center, which has a very high matter density,” explains Elisa Lohfink, a PhD student at the University of Mainz in Germany and a primary author on this paper. The way neutrinos alter their flavors, or “oscillate,” is directly affected by changes in matter density, and therefore which flavors of neutrinos arrive to the South Pole detector. Because of the large amount of atmospheric neutrinos it detects each year, IceCube DeepCore is sensitive to these matter effects.

The researchers looked at the oscillation patterns of neutrinos that had arrived at DeepCore from all directions and determined whether they matched the Standard Model expectations or showed effects from any of five effective parameters that measure how much more a neutrino flavor interacts than it would in the Standard Model, led by University of Mainz graduate student Thomas Ehrhardt. The researchers may next evaluate how well the oscillation pattern matches different NSI scenarios to restrict the effective NSI parameters.

To begin, Ehrhardt and his colleagues looked at one effective parameter at a time, obtaining the findings shown in the graph above. Separate studies of fully free NSI were conducted. The researchers were able to restrict NSI without relying on one model to be right since the study was essentially independent of any specific underlying models.

The researchers were able to set limitations on each of the five potential NSI parameters separately with a sensitivity that is at least equivalent to the world’s combined limits, a “unprecedented” achievement, according to Lohfink. The discovery that IceCube can investigate models in which all the parameters are fit at the same time is more noteworthy, according to the researchers. According to Sebastian Böser, a professor at the University of Mainz, “there is no other experiment in the world that can achieve this from a single measurement.” “In the neutrino sector, we can set constraints on an unparalleled range of ideas for novel physics.” The outcome is a significant improvement over a prior IceCube research that focused just on one parameter.

The researchers expect that the data will be picked up by the rest of the neutrino community and included into global fits. And Lohfink and her colleagues are already hard at work on a follow-up study with a considerably bigger data sample—eight years of data instead of three—and far greater sensitivity. They are hoping to have a better limit shortly.

“The IceCube Upgrade will be a genuine game changer for this sort of research in the long term,” adds Böser. “Not only will the Upgrade improve calibration and minimize the influence of systematic errors, but it will also improve the resolution of neutrino oscillations, allowing us to observe possible departures from the Standard Model much more clearly.” This excites me tremendously!”