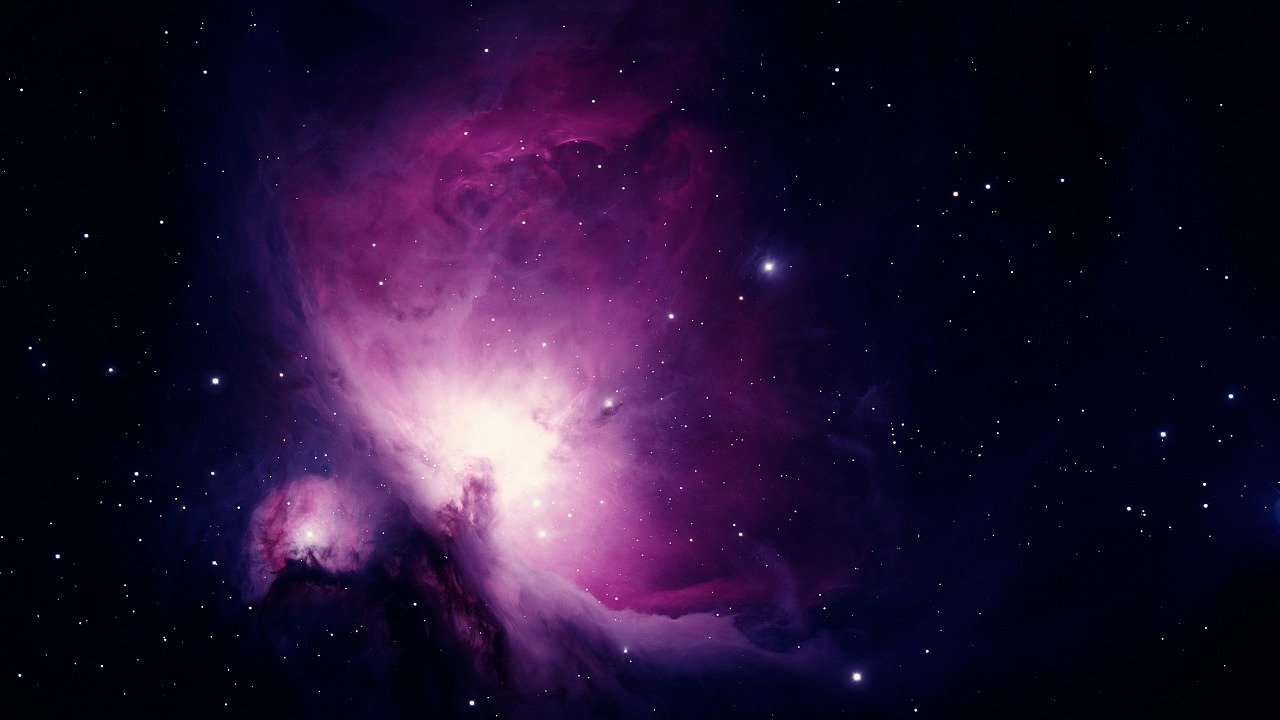 No, we haven’t discovered proof of a parallel Universe

Parallel Universes inspire our wildest fantasies for some of us. Perhaps there is a method to reach alternative Universes where important events had different results – where just one crucial choice went in a different direction. Perhaps particles, fields, or even humans might be moved from one Universe to the next, allowing us to dwell in a Universe that is superior to our own in some aspects. These concepts have a presence not just in science fiction, but also in theoretical physics, ranging from quantum mechanics’ infinite of potential outcomes to Multiverse concepts.

Do these concepts, on the other hand, have anything to do with visible, quantifiable reality? A report has recently appeared claiming that evidence for parallel Universes has been discovered using the ANtarctic Impulsive Transient Antenna: ANITA. True, the experiment discovered evidence for cosmic ray particles that is challenging to explain with conventional physics alone. But it’s much too soon to go to the most imaginative, crazy, revolutionary interpretation. We must take great care not to deceive ourselves in all domains of research, which includes doing all we can to disprove any new, crazy notions and ensuring that the laws of nature we already know couldn’t possibly explain what we’re witnessing.

When we approach science with the right level of skepticism, we observe that the evidence for a parallel Universe almost vanishes.

Parallel Universes are one of those exciting notions that catches our imaginations and compels us to examine their existence from a physics standpoint, but they’re also a challenging concept to prove. Parallel Universes initially appeared in quantum physics, which is known for producing unforeseen results even when you know everything there is to know about how you set up your system. You can only know the probability of where an electron will fall if you fire it through a double slit; you can’t forecast precisely where it will appear.

One fascinating notion, known as the many-worlds interpretation of quantum physics, proposes that all possible outcomes exist, but only one may occur in each Universe. To account for all the possibilities, an endless number of parallel Universes are required, yet this interpretation is just as valid as any other. It is not ruled out by any experiments or observations.

The notion of the Multiverse is a second source of parallel Universes in physics. The scorching Big Bang 13.8 billion years ago marked the start of our visible Universe, but it wasn’t the actual beginning. Before the Big Bang, there was a radically distinct period of the Universe that built up and gave origin to the Big Bang: cosmic inflation. A Big Bang happens when and when inflation ceases.

However, inflation does not finish everywhere at the same time, and regions where it does not end continue to inflate, resulting in additional space and possible Big Bangs. In fact, once inflation starts, it’s very hard to stop it from continuing indefinitely, at least somewhere. As time passes, other Big Bangs — all separate from one another — occur, resulting in an infinite number of separate Universes: a Multiverse.

The major flaw in both of these theories is that there is no mechanism to evaluate or restrict these parallel Universes’ predictions. After all, how can we ever hope to access another Universe if we’re stuck in our own? Our own laws of physics exist, but they are accompanied by a slew of quantities that are always conserved.

Particles can’t just exist, vanish, or change; they can only interact with other quanta of matter and energy, and the results of those interactions are also determined by physical rules.

We’ve never uncovered an interaction that requires the presence of anything other than our own, isolated Universe to explain in all the experiments we’ve ever done, all the observations we’ve ever recorded, and all the measurements we’ve ever taken.

However, you may have heard that scientists in Antarctica have uncovered proof for the existence of parallel Universes, according to several claims surrounding the ANITA experiment’s surprising discoveries. It would be totally revolutionary if this were true. It’s a lofty assertion that would demonstrate that our present understanding of the Universe is insufficient, and that there’s much more to learn and uncover than we ever imagined.

The ANITA (ANtarctic Impulsive Transient Antenna) experiment, which uses a balloon to detect radio waves, discovered radio waves with a specific set of energy and orientations originating from under the Antarctic ice.

This is excellent; it accomplishes the goal of the experiment! We have all kinds of cosmic particles flying across space, including the ghostly neutrino, in both theory and practice. While many neutrinos travel through us as a result of the Sun, stars, or the Big Bang, others originate from very intense astrophysical sources such as pulsars, black holes, supernovae, or even enigmatic, undiscovered things.

These neutrinos also have a range of energy, with the most energetic neutrinos being the rarest and, to many scientists, the most intriguing. Because neutrinos are generally undetectable to ordinary stuff — a typical astrophysical neutrino would have to travel through roughly a light-year of lead to have a 50/50 chance of being stopped — they may feasibly originate from any direction.

However, most of the high-energy neutrinos we observe are formed when other cosmic particles (also of very high energies) collide with the upper atmosphere, resulting in cascades of particles that also produce neutrinos. Some of these neutrinos will nearly fully travel through the Earth, only colliding with the last layers of the crust (or ice) to generate a signal that our detectors can detect.

The unusual occurrences seen by ANITA were compatible with a neutrino travelling through the Earth and emitting radio waves, but at energy that should not be able to pass through the Earth unimpeded. So now it’s time to put on our critical thinking caps and ask some key questions about how seriously we should take these findings.

How many such occurrences did they witness? They saw three similar incidents in all. There are just three.

Was it necessary for them to pass through the Earth? No. Instead of neutrinos that travelled through the whole Earth, the first two might have been regular air-shower tau neutrinos (one of the three kinds of neutrinos permitted), while the third could have just been part of the experimental background.

Is there any evidence from IceCube, Antarctica’s other, bigger neutrino detector? This is the crucial issue, since a more sensitive experiment should have detected a stronger signal than ANITA. IceCube’s presence, it turns out, is a remarkable piece of evidence that refutes the idea that these neutrinos came via the Earth. IceCube would have certainly observed a signal if high-energy tau neutrinos are constantly travelling through the Earth (and the Antarctic ice). And, without a doubt, they haven’t.

So, where do parallel Universes fit into all of this?

There were only three possible explanations for what ANITA saw.

Either these particles came from an astrophysical source, or they came from something else entirely.

Whether their detector or their interpretation of the detector data has a fault,

or something extraordinary, unusual, and beyond the Standard Model (known as CPT violation) is taking place.

The first alternative was ruled out by science (back in January of 2020), thus the second is almost probably the best choice. What about the third? So, if our Universe is unable to violate CPT, maybe this is due to a parallel Universe in which CPT is reversed: an argument that is as implausible as it is illogical.

In fact, physicist Ian Shoemaker proposed a spectacular but mundane explanation for what ANITA observed in April 2020: ultra-high-energy cosmic rays could have simply reflected off of certain types of ice at or near the Antarctic surface, giving the impression that these particles were traveling through the Earth from ANITA’s perspective. Remember that before we turn to a game-changing explanation, we must first rule out all conventional explanations that do not entail novel physics. A number of amazing claims have been made throughout the last decade that have been debunked after additional study. We haven’t discovered dark matter or sterile neutrinos; cold fusion isn’t genuine; and the seemingly inconceivable “reactionless engine” was a flop.

There’s a fascinating narrative here that revolves on excellent science. An experiment (ANITA) discovered something unexpected and reported its findings. It was followed up by a far superior experiment (IceCube), which ruled out their main hypothesis. It strongly indicated that something went wrong with the initial experiment, and that very commonplace theories requiring no new physics might fully explain what we’ve observed. More science, as usual, will help us figure out what’s really going on. For now, based on the scientific facts we have, parallel Universes will have to remain a fantasy completely restricted to the domain of conjecture and science fiction.