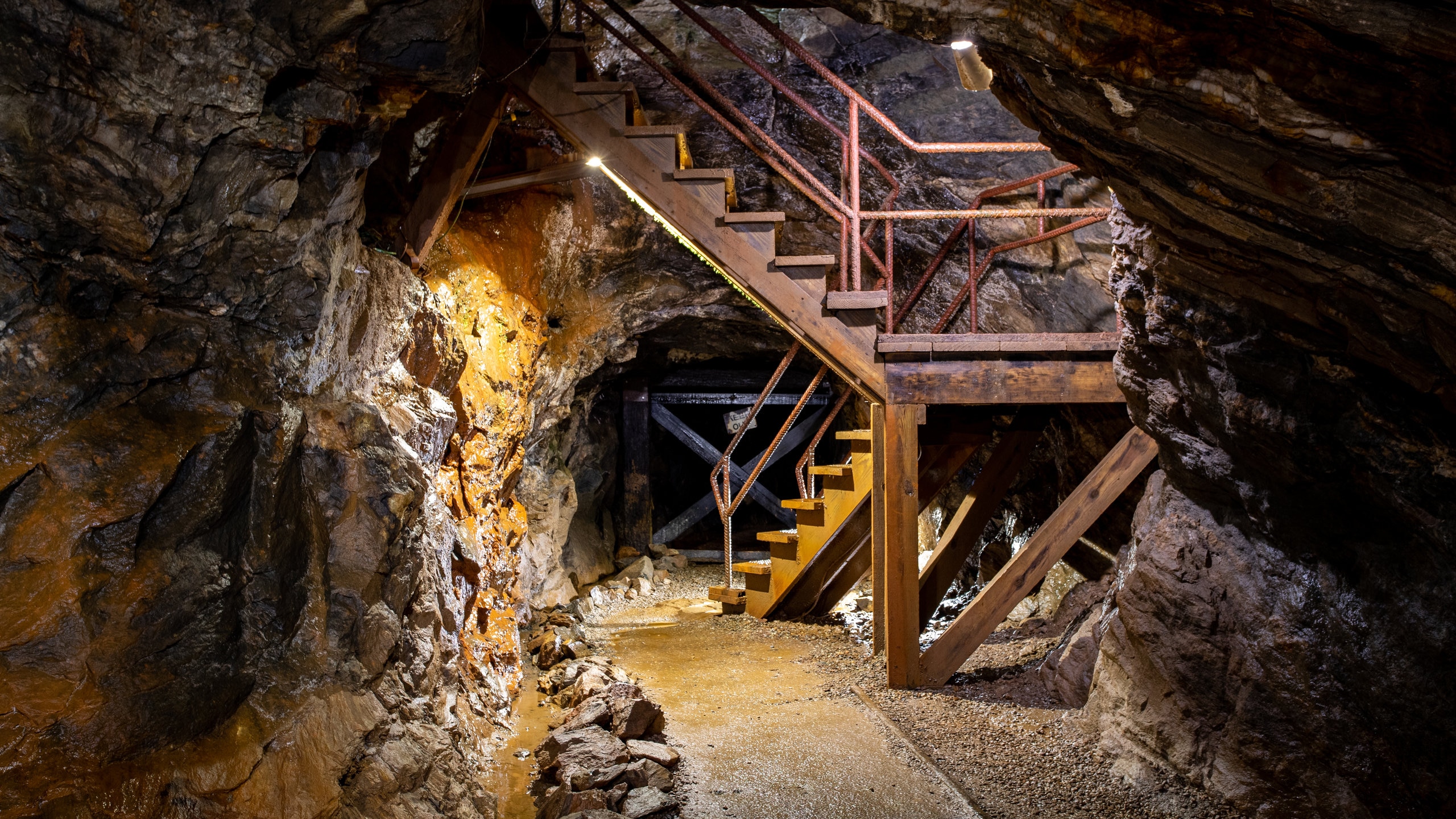 Largest underground caverns ever are present in a former gold mine

The former Homestake mine, which was the largest and deepest gold mine in North America until its closing in 2002, will host the largest physics experiment ever conducted in the study of neutrinos and grow to be one of the world’s largest underground caves. The Deep Underground Neutrino Experiment (DUNE) project, which is being developed at the Sanford Underground Research Facility (SURF) by the US Department of Energy’s Fermi National Accelerator Laboratory, is anticipated to take place at the location beneath the Black Hills of South Dakota. The DUNE caverns are incredibly large. There is no question,” South Dakota Mines alumnus Joshua Willhite, one of the engineers overseeing the DUNE dig, said in a press release.

Two of the main caverns, according to Willhite, are seven floors high, one and a half football fields long, and 64 feet wide. Three floors high, two football fields long, and 64 feet wide describe the third utility cavern. Although there are other caves on the planet that are comparable in size or bigger, they are located nearer the surface. This indicates that at 4,850 feet below ground, nothing the size of DUNE has ever been accomplished. Willhite remarked that the engineering difficulties of building this much underground are significant. In order to control air movement, he explained, “every piece of air that is underground has to come down through one shaft and go back out another shaft.”

At the 4,850-foot height of SURF, the surrounding granite walls are naturally 95 degrees, therefore ventilation is essential for air conditioning. On the other hand, in the DUNE construction, water cannot be taken for granted. For instance, installing a bathroom means pumping water from the surface to the construction site, which calls for over 2,200 psi of pressure. To lower the pressure required by individual pumps, engineers have divided the water supply plumbing into a number of stepped pieces. At DUNE, it is also challenging to find construction supplies like long steel beams and heavy machinery like front-end loaders and excavators that are often a part of any construction project.

These enormous caverns require enormous machinery. We have to deconstruct the equipment at the surface and reassemble it at depth since the mine shafts that supply us aren’t all that much bigger than a regular elevator and there aren’t any pieces of excavation equipment that will fit in an elevator. In addition, the rock being removed from these huge caverns needs to be reloaded onto vehicles and transported to the surface. The US Department of Energy is constructing a facility inside DUNE that will house huge tanks of liquid argon used to detect neutrinos flowing in from a beam produced at the Fermilab facility in Illinois. Each of the tanks can carry 17,000 tonnes of liquid argon at -300oF and at least two of them are the size of five-story houses.

We employ a sizable nitrogen generator and refrigeration system to manufacture liquid nitrogen at -320°F in order to maintain that temperature, Willhite explained. The argon will be kept chilled with the aid of the liquid nitrogen. “In addition to being absurdly cold, these liquids boil and expand by over 700 times their original volume. Except for the fact that it eliminates any oxygen, argon gas is not intrinsically dangerous. For the safety of the workers, we must make sure that this expansion is minimized, regulated, and appropriately vented. Willhite believes that part of what makes DUNE a rewarding project is its engineering difficulties.