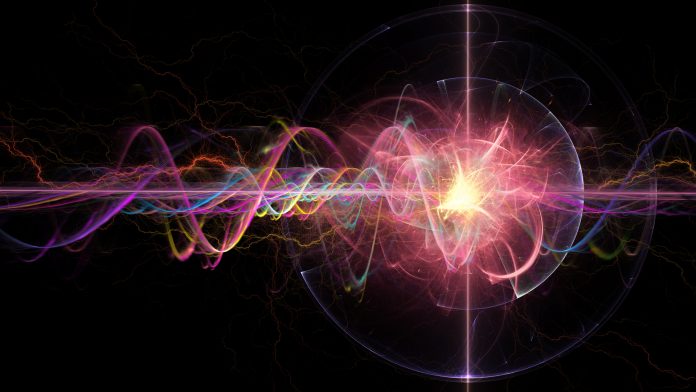 Is the neutrino an antiparticle to itself?

Almost every particle has an antimatter counterpart, which has the same mass as the particle but has the opposite charge and other properties.

This appears to be the case with neutrinos, the minuscule particles that constantly pass through us. Scientists can detect if they’ve caught a neutrino or an antineutrino by the particles generated when a neutrino interacts with other stuff.

However, certain properties of neutrinos and antineutrinos have scientists wondering if they are the same thing. Is it true that neutrinos have their own antiparticles?

This isn’t unusual. Gluons and even Higgs bosons are assumed to be antiparticles of each other. However, if scientists uncover that neutrinos are their own antiparticles, it may provide insight into how they obtain their minuscule masses—and whether they had a role in the formation of our matter-dominated universe.

In 1928, British physicist Paul Dirac created the Dirac equation, which gave rise to the concept of the antiparticle. His research aimed to explain what happened as electrons travelled at near-light speeds. However, his calculations revealed an odd requirement: electrons must occasionally have negative energy.

Carl Anderson, a physicist, found the antimatter counterpart of the electron predicted by Dirac in 1932. He used the term “positron” to describe a particle that is similar to an electron but has a positive charge.

Antimatter partners, in addition to having opposite charges, should have another opposite attribute termed chirality, which is one of the basic quantum features of a particle, according to Dirac. A particle’s chirality might be right-handed or left-handed.

However, if neutrinos had no mass, as physicists believed at the time, then just left-handed neutrinos and right-handed antineutrinos would be required.

The imbalance between matter and antimatter

The question of whether neutrino masses were zero remained a mystery until 1998, when the Super-Kamiokande and SNO experiments discovered that they do indeed have very minuscule masses, earning them the 2015 Nobel Prize in Physics. Since then, tests have sprung up all throughout Asia, Europe, and North America in the hopes of finding evidence that the neutrino is its own antiparticle.

Scientists believe that the universe should have included equal amounts of matter and antimatter shortly after the big bang. The two sorts of particles should have interacted and gradually cancelled each other out until just energy remained. That, however, was not the case.

The discovery that the lepton number is not preserved would create a loophole that would allow for the existing matter-antimatter imbalance. And neutrino interactions might be the key to unlocking that door.

According to SLAC theorist Alexander Friedland, who specializes in neutrino research, scientists are seeking for lepton number violation in a process known as double beta decay.

Double beta decay is a process in which a nucleus decays into a separate nucleus, emitting two electrons and two antineutrinos in its most basic form. This conserves lepton number by balancing leptonic matter and antimatter both before and after the decay process.

An imbalance would result if such a process favored matter over antimatter.

According to Friedland, “theoretically, it would create a major shift in our understanding of where particles receive their mass.” “It would also imply that there must be some new physics at very, very high energy scales—that there is something else than the Standard Model we know and love.”

It’s plausible that neutrinos and antineutrinos are distinct, and that Dirac’s equation calls for two neutrino and antineutrino states. The two missing states may be so difficult to find that physicists have yet to discover them.

Finding evidence of neutrinoless double beta decay, on the other hand, would indicate that Majorana was correct—neutrinos and antineutrinos are the same.

“These are extremely challenging experiments,” says de Gouvêa. “They’re comparable to dark matter studies in that they have to be done in extremely quiet conditions with very clean detectors and no radioactivity from anything other than the nucleus you’re attempting to analyze,” says the researcher.

Physicists are still debating how well they grasp the enigmatic particles.

“Neutrino physics has been full of surprises,” says Reina Maruyama, a Yale University professor who is involved with the CUORE neutrinoless double beta decay experiment. “I think it’s fascinating to consider what we don’t know.”