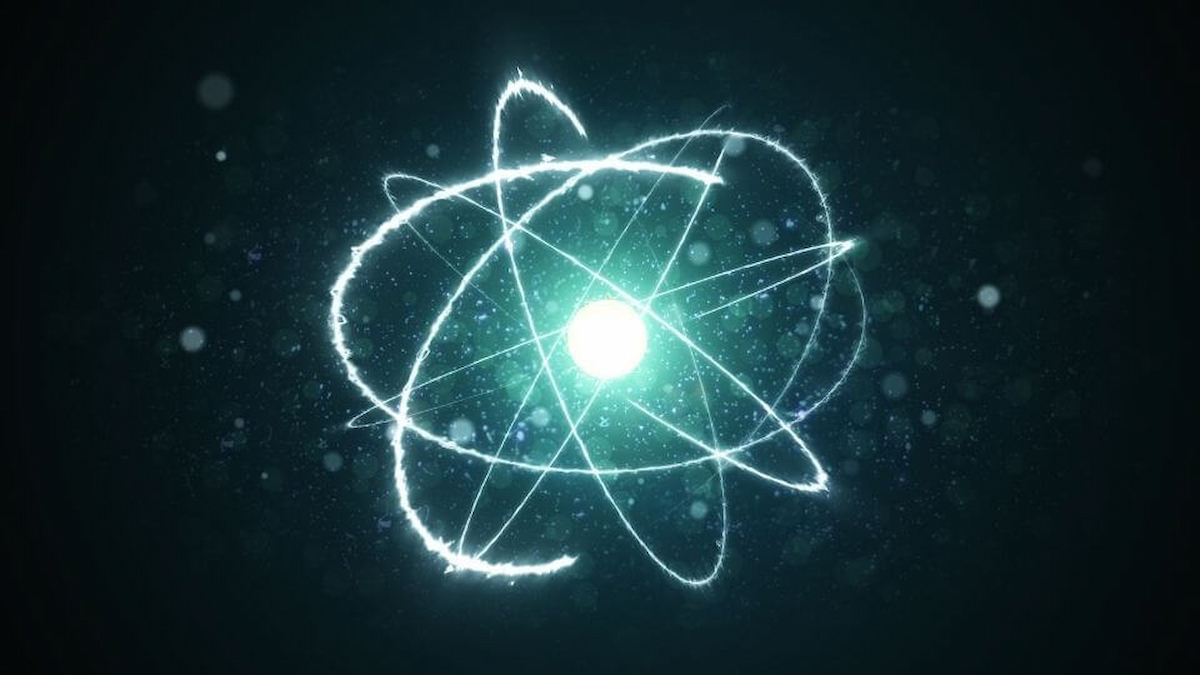 Massive neutron stars colliding in space are believed to be able to create precious metals such as gold and platinum. Although the properties of these stars are still an enigma, the answer may lie beneath the skin of one of the smallest building blocks on Earth – an atomic nucleus of lead. Getting the nucleus of the atom to reveal the secrets of the strong force that governs the interior of neutron stars has proven difficult. Now a new computer model from Chalmers University of Technology in Sweden, can provide answers.

Chalmers researchers present a breakthrough in the calculation of the atomic nucleus of the heavy and stable element lead in a recently published article in the scientific journal Nature Physics. Despite the immense size difference between a microscopic atomic nucleus and a neutron star several kilometers in size, it is essentially the same physics that governs their properties. The common denominator is the strong force that holds the particles – the protons and neutrons – together in an atomic nucleus. The same force also prevents a neutron star from collapsing. Although the strong force is fundamental in the universe, it is difficult to include it in computational models. This is especially true when it comes to heavy neutron-rich atomic nuclei such as lead. Therefore, scientists have wrestled with many unanswered questions in their challenging calculations.

“To understand how the strong force works in neutron-rich matter, we need meaningful comparisons between theory and experiment. In addition to the observations made in laboratories and with telescopes, reliable theoretical simulations are therefore also needed. Our breakthrough means that we have been able to carry out such calculations for the heaviest stable element – lead,” says Andreas Ekström, one of the main authors of the article and Associate Professor at the Department of Physics at Chalmers. The new computer model from Chalmers, developed together with colleagues in North America and England, now shows the way forward. It enables high-precision predictions of properties for the isotope* lead-208 and its so-called ‘neutron skin’.

See also  The heaviest neutron star ever discovered has a mass 2.35 times that of the sun

It is the 126 neutrons in the atomic nucleus that form an outer envelope, which can be described as a skin. How thick the skin is, is linked to the properties of the strong force. By predicting the thickness of the neutron skin, knowledge can increase about how the strong force works – both in atomic nuclei and in neutron stars. “We predict that the neutron skin is surprisingly thin, which can provide new insights into the force between the neutrons. A groundbreaking aspect of our model is that it not only provides predictions, but also has the ability to assess theoretical margins of error. This is crucial for being able to make scientific progress,” says research leader Christian Forssén, Professor at the Department of Physics at Chalmers.

To develop the new computational model, the researchers have combined theories with existing data from experimental studies. The complex calculations have then been combined with a statistical method previously used to simulate the possible spread of the coronavirus. With the new model for lead, it is now possible to evaluate different assumptions about the strong force. The model also makes it possible to make predictions for other atomic nuclei, from the lightest to the heaviest. The breakthrough could lead to much more precise models of, for example, neutron stars and increased knowledge of how these are formed. “The goal for us is to gain a greater understanding of how the strong force behaves in both neutron stars and atomic nuclei. It takes the research one step closer to understanding how, for example, gold and other elements could be created in neutron stars – and at the end of the day it is about understanding the universe,” says Christian Forssén.