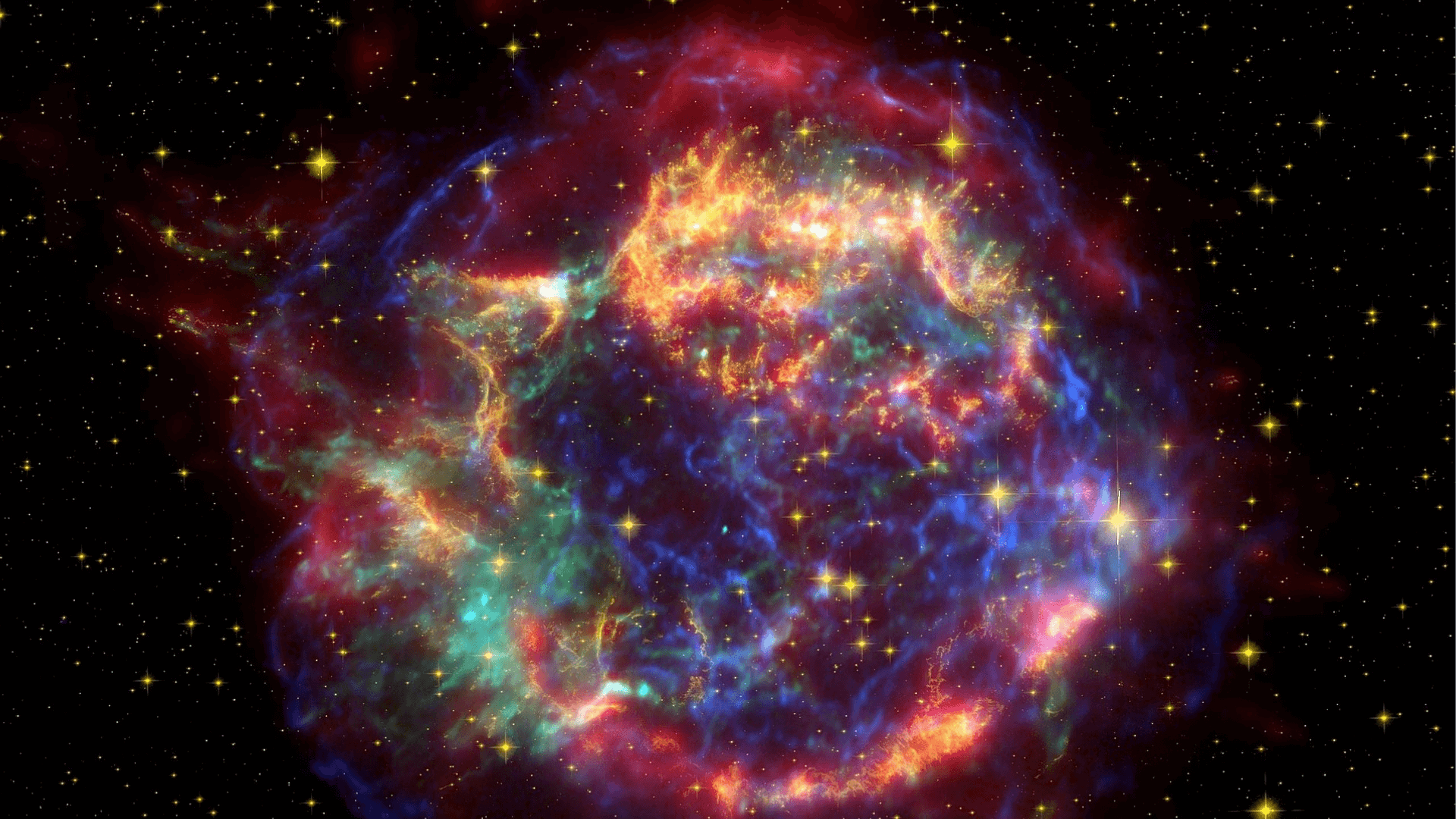 Some supernova explosions represent the final moments of stars that are at least eight times the mass of our Sun. They are one of the most devastating occurrences in the Universe, releasing as much energy in a few seconds as the Sun will produce in ten billion years.

Neutrinos, on the other hand, are among the most ethereal members of the elementary-particle zoo: they are at least 5 million times lighter than an electron and approximately 10 quadrillion of them flit across your body every second without reacting with it.

It’s difficult to imagine a link between supernovas and neutrinos, but a model published in the 1980s argued that supernovas would not arise without the heating provided by neutrinos.

This type of supernova occurs when the core of a large star collapses into a neutron star, which is an extremely dense star about 20 kilometers in diameter. The rest of the star falls due to gravity, collides with the neutron star, and bounces off it, causing a shockwave.

Many supernova models, however, anticipate that this shockwave will dissipate before it can escape the star’s gravity. Taking into account the heating produced by neutrinos ejected from the neutron star could supply the energy required to sustain shockwaves and therefore the supernova explosion.

Shigehiro Nagataki of the RIKEN Astrophysical Big Bang Laboratory, Toshiki Sato of the RIKEN Nishina Center for Accelerator-Based Science at the time of the study, and colleagues have discovered strong evidence supporting this model by detecting titanium and chromium in iron-rich supernova remnant plumes.

According to the neutrino-driven supernova concept, trapped neutrinos will form plumes of high-entropy material, resulting in bubbles in supernova remains rich in metals like titanium and chromium. That is exactly what Nagataki and his colleagues discovered in their spectral analysis of Cassiopeia A (Fig. 1), a supernova remnant from roughly 350 years ago, based on observational data from the Chandra X-ray Observatory. This finding provides solid evidence that neutrinos play a role in supernova explosions.

“The chemical compositions we detected strongly indicate that these materials were propelled by neutrino-driven winds from the neutron star’s surface,” Nagataki explains. “As a result, the bubbles we discovered were transported from the explosion’s core to the supernova remnant’s outer rim.”