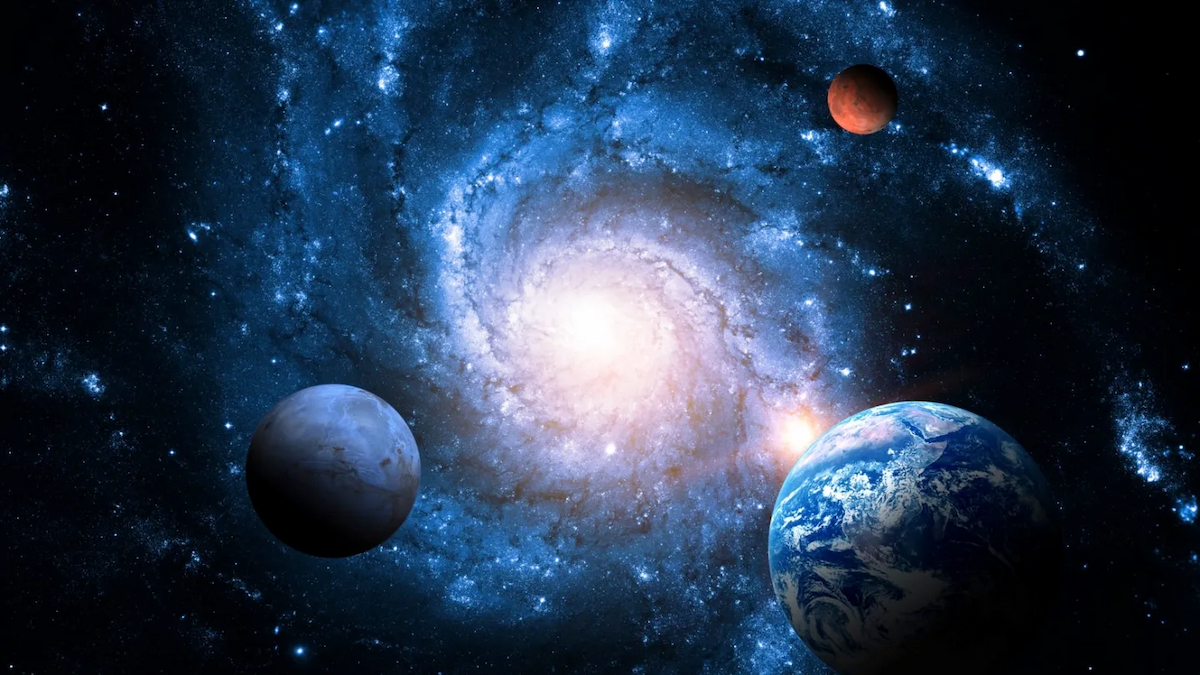 A glance into the Very (High Energy) bright future

With the use of the powerful tool known as multi-messenger astronomy, we may examine astrophysical sources by examining them in the context of various “messengers” (different signals that could originate from the same source), such as photons, neutrinos, gravitational waves, and cosmic rays. We can learn new information about the astrophysical sources that emit these signals by examining these many messengers.

More research has since been done on short GRBs, however there are still unanswered problems. The subject of today’s paper, the features of neutron star mergers, may be better understood by next generation gravitational wave detectors and very high energy (VHE) observatories. Based on how long they last, we divide gamma-ray bursts (GRBs) into two categories: short (lasting less than 2 seconds) and long (lasting more than 2 seconds). The focus of today’s paper is on short GRBs connected to binary neutron star mergers. The prompt or early burst phase and an afterglow or later emission are frequently the two stages of GRB emission. The initial phase of the emission, which is the focus of this study, is thought to be driven by relativistic jets, a high-energy photon beam created when neutron stars collide. Astronomers can learn more about what is going on inside the jet and what is driving the high energy photons we observe by examining this initial burst of light.

Although very high energy (VHE) radiation from the afterglow phase of GRBs has been seen in the past, we have not yet encountered VHE emission from the prompt phase. Although observing the prompt emission presents some difficulties, doing so is essential to our understanding of the relativistic jet that generates the GRB. The present study evaluates the likelihood of detecting VHE gamma-rays from binary neutron star mergers using the Cherenkov Telescope Array and the next-generation gravitational wave detectors, the Einstein Telescope (ET) and Cosmic Explorer (CE) (CTA). The localizations of the events and the amount of time required to move the telescope after an event occur are two of the major obstacles to witnessing a brief GRB from a gravitational wave event.

Locations of gravitational wave events are often difficult to determine, resulting in vast localization areas on the sky (sometimes up to hundreds or thousands of square degrees), while most VHE telescopes have much smaller fields of view (10s of degrees). Even prior to the merger, it is anticipated that the gravitational wave event will be better localized thanks to the combined efforts of the ET and CE gravitational wave detectors. These telescopes will also be able to observe the two neutron stars’ inspiral, which occurs just before the two neutron stars merge and provides telescopes with an early warning of the impending merger up to 15 minutes in advance. Telescopes attempting to observe the anticipated flash of light from the merge will greatly benefit from this early warning. Since a brief GRB only lasts up to 2 seconds, it will be crucial for them to be able to adjust their position and get ready for the burst before it occurs.