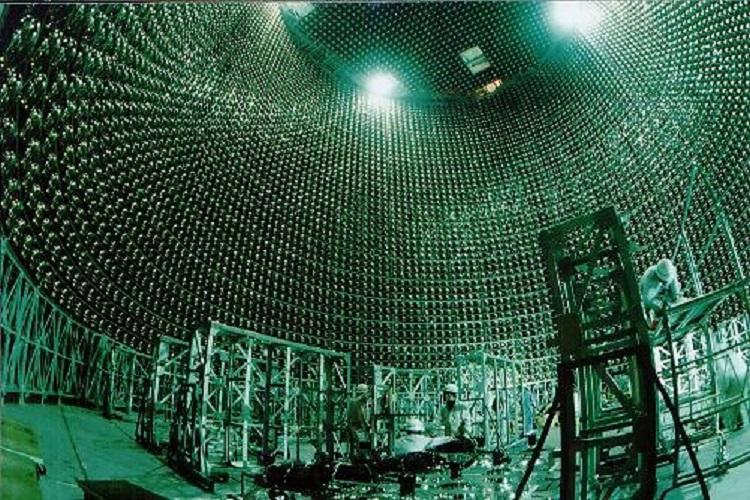 Why is the Neutrino Observatory mission in India still stalled

Since its inception, the particle physics science endeavor has been plagued by delays

Since its start, the projected subterranean India-based Neutrino Observatory (INO), a prestigious particle physics science project, has been dogged by doubt. The project was conceptualized in 2005, and by 2009, a site under the Bodi West Hills in Tamil Nadu’s Theni district had been selected, as well as a Rs 1,500 crore fund. However, the project has been a non-starter due to delays and a legal struggle. MDMK general secretary Vaiko had challenged the decision to establish the INO in the Madras High Court in 2015, stating that it will ruin the ecology of Theni and the livelihood of the people in the area.

M.K. Stalin, the chief minister of Tamil Nadu, met with Prime Minister Narendra Modi on June 17, 2021, and urged that the INO project be cancelled or relocated. Stalin’s suggestion was based on the state forest and environment department’s recommendation. Despite its national importance, environmental activists oppose the INO project, claiming that the site where it will be built is a “eco-sensitive zone,” located just 4.9 kilometers from the Mathikettan Shola National Park in Kerala’s Idukki district, which is part of the Mathikettan Periyar tiger corridor that stretches from south Kerala to south Tamil Nadu. The Union Ministry of Environment and Forests emphasized that the environmental clearance and wild life clearance applications are independent, and recommended project officials to submit a new application. When the project received environmental approval in March 2018, an activist filed a new challenge at Delhi’s National Green Tribunal. He lost and appealed to the Supreme Court, where the case is currently pending.

On June 29, during a review, Union minister Piyush Goyal urged Tamil Nadu Chief Secretary V. Irai Anbu to persuade Stalin to reconsider his position, and offered to meet with the chief minister to guarantee prompt execution. Meanwhile, in an unified appeal, scientists, including Nobel laureates and other concerned academics, have asked Stalin to support the research. They stated that the project will put the state on the map for high-end basic science research and will not hurt the environment. “The idea that the initiative is part of the Tiger Corridor is misleading,” argues T.R. Govindarajan, a former professor at the Institute of Mathematical Sciences. The Pottipuram Research Centre project is located outside of the forest area, and the tunnel begins 2 kilometers into the mountain. The corridor is located at the summit of the mountain. A vertical line dropped from the corridor through the mountains will go to the project lab. That vertical line, however, is one kilometer of hard rock. Do you think the tigers are going to go through that?”

Officials from the state forest department warned in February that allowing the project to build on their preferred site could split the crucial tiger corridor. The Tata Institute of Fundamental Research (TIFR) in Mumbai, one of the INO project’s key partners, has filed an application for permission, but it is likely to be rejected by the state board at its next meeting in July. As a result, the obligatory clearance will not be extended by the National Board for Wildlife.

“Areas linking one protected area or tiger reserve to another protected area or tiger reserve are not diverted for ecologically unsustainable uses, except in the public interest and with the approval of the National Board for Wildlife and on the advice of the Tiger Conservation Authority,” according to Section 38-O (1) (g) of the Wildlife (Protection) Act, 1972. “The genetic flow and dispersion of tigers are controlled by these corridors. They help with the movement of tigers from one reserve to the next,” claims a top Tamil Nadu forest department officer who did not want to be identified. Parambikulam Tiger Reserve, Eravikulam National Park, and Chinnar Wildlife Sanctuary in Kerala, and Indira Gandhi (Annamalai) Tiger Reserve in Tamil Nadu, are home to roughly 45 tigers. According to wildlife biologists, the reserves help to increase tiger numbers, hence the corridor must be preserved.

Apart from endangered tigers, the INO experiment aims to investigate the relative masses of atmospheric neutrinos, which are formed when high-energy radiation collides with the Earth’s atmosphere and whose behavior has perplexed scientists for more than two decades. The goal of the project is to research neutrinos in caves built 1,200 meters beneath the hills of Theni region. A 50-kilotonne magnetised iron calorimeter detector will be housed in the main cave, which will be 130 meters long, 26 meters wide, and 30 meters high. A 2-kilometer approach tunnel will also be constructed.

The INO project, on the other hand, is still blocked. Naba K. Mondal, a distinguished scientist at TIFR and the project’s inaugural director, and Vivek M. Datar, who succeeded him, have both retired. They lament that India did not take advantage of the head start provided by the Department of Atomic Energy, which published a document in 2002 outlining the lofty goal of constructing the INO. Gobinda Majumder, who took over from Datar in June 2020, acknowledges that the project is still in its early stages. “This is the largest joint experiment in high energy physics planned by Indian scientists,” says Datar. The INO was one of the first in the world to propose a novel method of detecting neutrino mass ordering when it was initially proposed. The initiative drew interest from all over the world. In recent years, however, political parties have expressed worries about potential hazards based on misunderstandings about the dangers of radiation discharged as a result of the project. Neutrinos, on the other hand, are completely harmless. In a joint statement issued last year, the Indian National Science Academy, Delhi, the National Academy of Sciences, Allahabad, and the Indian Academy of Sciences, Bengaluru, stated that the INO experiment would cause no harm: “[The] neutrinos, which are elementary particles, have no charge and almost no mass, and thus do not affect anything they pass through.” They are formed naturally in the Earth’s atmosphere and are always present around us, inflicting no harm. The INO is one of a series of significant experiments that can help us maintain our position as a world leader in science.”

“The INO scientists have been unable to fight the assault of misinformation and fear mongering from a variety of sectors,” Datar argues. The proposed tunnel to access the underground lab, for example, is similar to a railway tunnel. In Tamil Nadu alone, hundreds of kilometers of such tunnels have been built.”

The TIFR, which leads a group that includes the Chennai Institute of Mathematical Sciences and IIT Madras, has attempted to ease some of these concerns. “We built a prototype that was 1/700th the size of the original detector and took it to colleges in and around Madurai to inform students about the fundamental study, which has sparked a greater interest in science,” Majumder says. “The ongoing delays are depressing and concerning, as they will have an impact on the speed with which the detectors provide results.”

Despite the first detection of cosmic ray neutrinos in the Kolar Gold Fields (KGF) experiment in Karnataka in 1965, India has already lost the first-mover advantage. The Underground Neutrino Observatory in Guangdong, China, and the Deep Underground Neutrino Experiment in the United States are both expected to be operational in the next several years, well ahead of the INO project gaining traction.

Sandip Trivedi, a renowned physicist and former TIFR director, says, “It is cutting-edge science and fundamental work to discover some of the deepest mysteries of nature in which we have had an edge over other countries, as well as a head start of over 60 years beginning with KGF proton decay experiments by the TIFR.” With the latest delays, Trivedi advises that an expert committee assesses the value of continuing with the INO experiment. “While we may not be able to make up for lost time, the long-term advantages of this project will undoubtedly be worth the wait,” adds Datar.