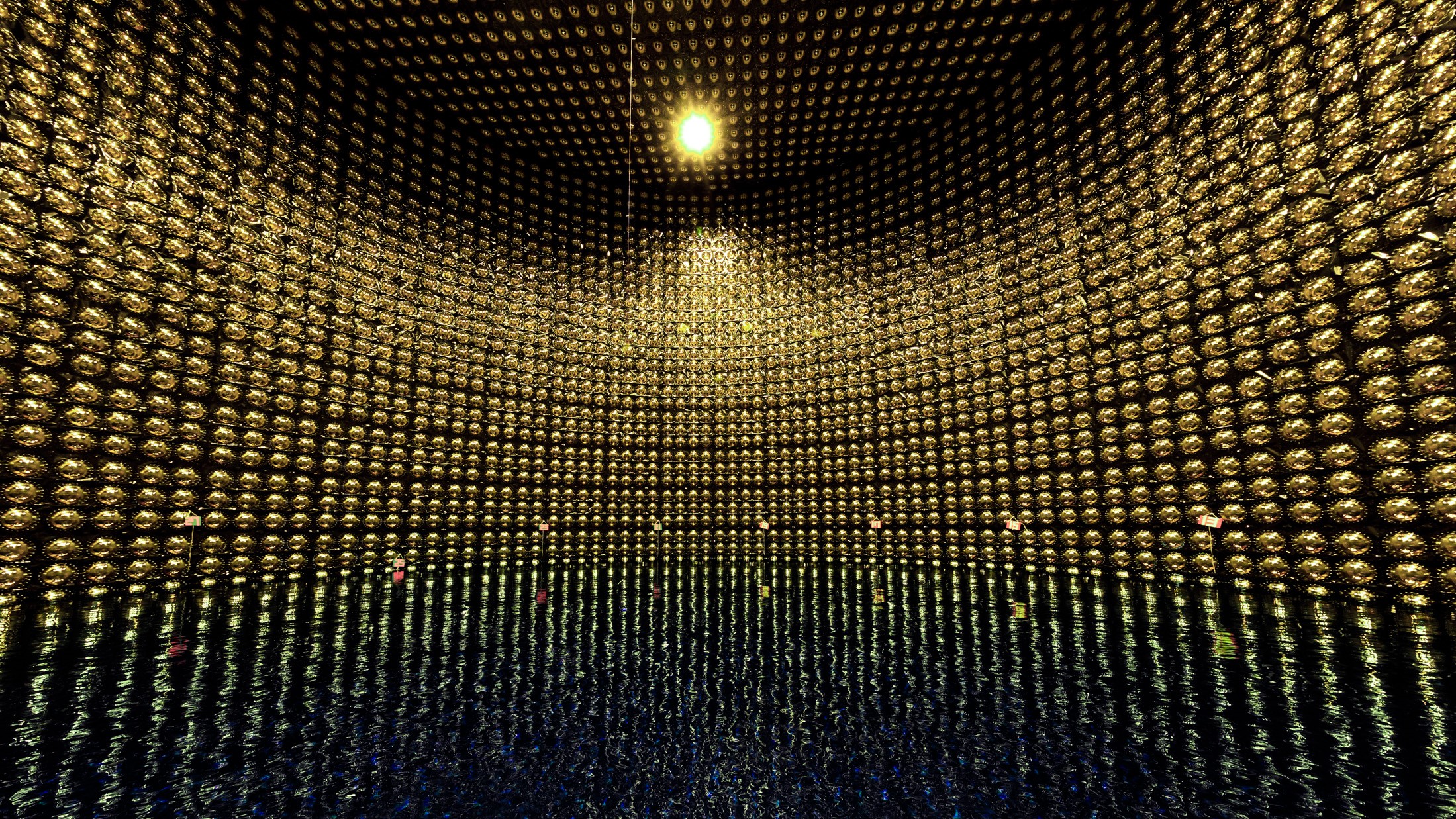 The Super-Kamiokande, a giant neutrino observatory

It comes with a lot of responsibility to have a name that sounds like a Japanese super robot or anything like, and even if the Super-Kamiokande is nothing like that or comparable, the truth is that it is a mega structure with unusual missions; pardon the repetition. This enormous neutrino detector in Japan is housed in nothing but science; it has nothing to do with science fiction. This strange observatory is specifically situated on Mount Ikeno, one kilometer beneath the surface. It is peculiar because neutrinos, subatomic particles with such a little mass that they can pass through solid matter and make detection extremely difficult, are what this structure finds, even though their research could ultimately lead to a greater understanding of the stars and ultimately the universe.

We talked about Super-Kamiokande while discussing the bluish Cherenkov radiation; it is also referred to as Super-K. One of the most accurate observatories in the world is located in the Mozumi mine, which is located beneath the city of Hida (in the Japanese prefecture of Gifu). The construction measures 40 meters high by 40 meters wide, or roughly the size of a fifteen-story building. Why this observatory when nuclear power plant reactors are not so deeply buried? This was previously described by renowned astrophysicist Neil deGrasse Tyson, who said that the observatory is so deep that there is enough distance so that the earth does not let the passage of other particles while he was talking about Super-K and neutrinos.

“Matter is not a barrier for neutrinos. Steel with a thickness of 100 light-years would not even slow down a neutrino” Physicist Neil deGrasse Tyson. It is the replacement for the Kamiokande and Kamiokande II, which could already observe neutrinos but weren’t sensitive enough to catch proton decay, which happens when protons decay outside the nucleus. And since it could detect proton decay and neutrinos originating from the atmosphere, the Sun, and supernovae anywhere in our galaxy, this was precisely the key upgrade (and motivation) to build a new Kamiokande.

How do neutrinos, supernovae, bluish radiation, and so much water fit into this picture, then? They are the fundamental components of the workflow used by the Super-K and the subject of its investigation. Going in segments. Cherenkov radiation, a crucial component of the process, has already been mentioned. The “parts” (subatomic particles) that are released when an atom is shattered in a reactor (fission) do so with a lot of energy and at a faster rate than light, creating an electromagnetic field and dissipating energy in the form of photons (light).

Similar to the sound barrier in sound, but in optics, this light builds up to form a cone, and in the end, this flash provides information about the direction and kind of neutrino that is arriving. Where can I find water? Around all of it, which in this case consists of 11,000 photomultiplier tubes and 50,000 tons (very sensitive light detectors, known as PMTs, which detect light and convert it into electrical current so that it can be observed). Its purpose is to cool so that the nuclei are more stable and manageable. It also serves as the medium for other particles that are quicker than photons (in this case, what is projected after fission).

The Cherenkov radiation that the neutrinos emit as they travel through the water is therefore what the researchers see. The fact that this water is so pure makes it even more unique. Since it possesses the properties of both an acid and an alkaline and is capable of dissolving metals, ultrapure water is even “worse” than the distilled water that we have always been warned against drinking. Why is this water so pure? Because the water must be as pure as possible for the shock wave flashes to reach those sensors (which is achieved by constantly purifying it with ultraviolet light, which prevents any bacterial presence).

So, for instance, in the T2K experiment, a neutrino beam is launched from Tokay to Kamioka (to Super-K), covering a distance of 295 kilometers. With him, they were able to see neutrino oscillations—roughly, the changes they go through when passing through matter—for the first time. These oscillations can reveal information about how matter and antimatter interact. Three of the scientists who work on the Super-K were able to be interviewed by Business Insider, and they discussed their goals and the dangers of working in such specialized environments. The eyes are actually more in the cosmos than the tiny particles they detect and analyze, notwithstanding what we claimed at the beginning.

Studying neutrinos enables a greater understanding of the universe’s constituent parts, including supernovae, which are enormous objects. Our ability to detect stars that are going to collapse (or “die”) by paying close attention to neutrinos makes it possible to thoroughly study this process in the hopes of better understanding the nature of the universe and how things work there. The Super-K would be one of the few spots on our globe “in which you could witness all the mélange of neutrinos that come off” from this and other comparable events, according to Dr. Yoshi Uchida (from Imperial College London), who provided a realistic example to illustrate his point.

Uchida adds that since supernova explosions are thought to occur every 30 years, missing one means that you’ll have to wait a long time to see another one. Since current theories suggest that matter and antimatter could have been formed in equal amounts in the Big Bang, Dr. Morgan Wascko (from the same university) emphasizes that studying neutrinos is one of the potential strategies to try to understand what happened to antimatter after the Big Bang. Dr. Matthew Malek dipped a few centimeters of his hair in the ultrapure water for a considerable amount of time, which resulted in the nutrients being extracted from his hair, reaching his scalp, and creating excruciating itching.

Dr. Matthew Malek shares a fairly unique anecdote in regards to the risks. Malek had a few centimeters of his hair soaked for a considerable amount of time, and this water ended up removing all the nutrients from it, reaching his scalp, and giving him a very intense itch. Uchida said that ultrapure water is a good exfoliant, and he did not say it in vain. It was clear that it wasn’t voluntary. The researchers once had to spend many hours in a raft owing to a malfunctioning access mechanism as part of one of the maintenance duties (like the one we saw deGrasse on). Her hair was in the water while she lay on the raft.

“I got one of the worst itches in my hair I’ve ever had when I woke up at three in the morning. Compared to when I was a child and had chicken pox, it was itchier. I couldn’t sleep since it was so scratchy. Matthew Malek, M.D. A successor to the Super-K, however, won’t be far behind since Wascko revealed that a tank 20 times larger than the Super-K and equipped with 99,000 photomultiplier tubes is currently being developed. According to the rule of prefixes, this tank will be dubbed Hiper-Kamiokande. So, in the coming years, it will be interesting to observe if science and engineering see another grand opening. Excavation of the access tunnel to the experimental space marked the start of construction in May 2021.