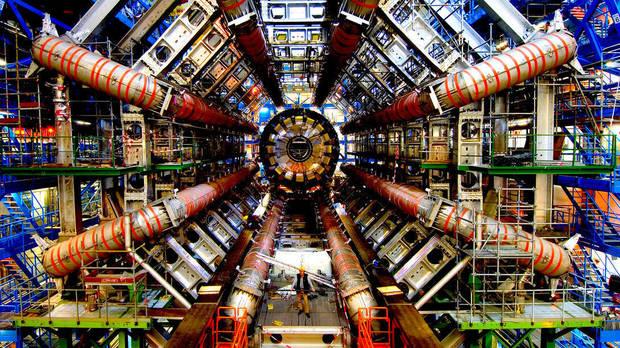 Neutrinos, the most elusive particles of all, detected by collider

The Large Hadron Collider has succeeded in capturing neutrinos for the first time, marking a major breakthrough in the understanding of this type of particle.

The international Forward Search Experiment team, led by physicists at the University of California, Irvine, has achieved the first detection of neutrinos in a collider. It occurred last week at the Large Hadron Collider, located in Geneva, Switzerland, and represents a major step forward in understanding the workings of these elusive particles.

First of all, what is a neutrino? We are talking about a subatomic particle and they are characterized by having a very weak interaction with other particles. This means that they are able to pass through the matter before our eyes without causing changes in it. In fact, as you are reading this that I am writing, probably billions of neutrinos are passing through you. And me, of course.

Considering their characteristics, it is not difficult to understand how arduous it is to capture this type of particles. However, in the recent study published in Physical Review D, the first time they can be detected at a collider has been recorded. “Before this project, no sign of neutrinos had ever been seen at a particle collider,” said co-author Jonathan Feng, UCI professor of physics and astronomy and co-leader of the FASER collaboration.

“This significant breakthrough,” Feng continues, “is a step toward developing a deeper understanding of these elusive particles and the role they play in the universe.” Since 2019 he has been working with his colleagues to investigate dark matter at the Large Hadron Collider… but, on this occasion, they have ended up encountering neutrinos along the way.

Specifically, as reported by Gizmodo, the particles were captured in a pilot test of an emulsion detector called FASER. This is a project involving 76 physicists from 21 institutions in nine countries. The neutrinos left “traces” of their presence by crashing into the heavy metal cores present in FASER; plates made of lead and tungsten.

Future projects
FASERnu is the next step for this equipment, designed to continue searching for these small particles. It is currently being installed at the Large Hadron Collider, and is expected to provide more information not only about neutrinos… but also about dark matter candidates such as the dark photon by 2024.