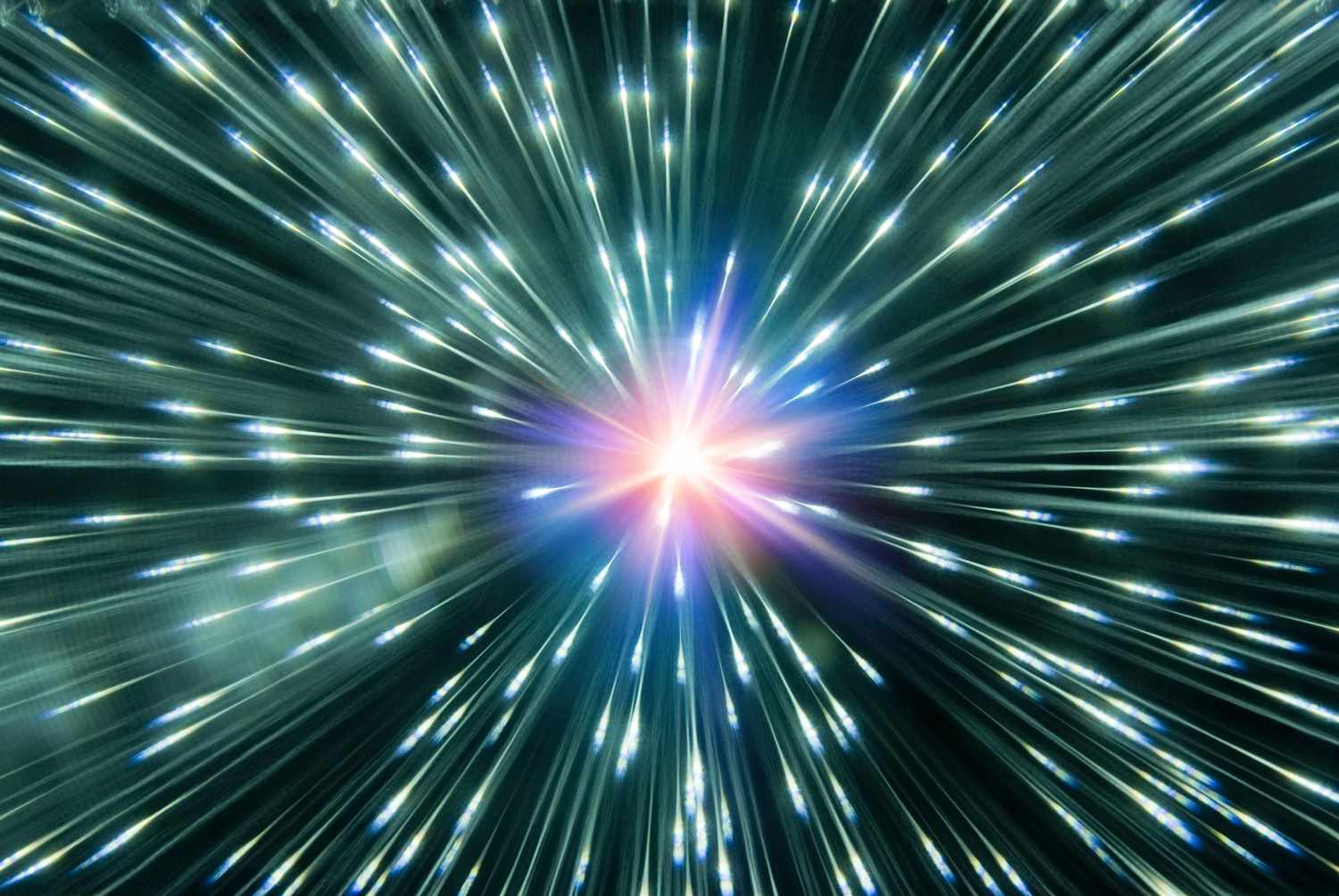 A new neutrino detector is in motion

An exciting transition is currently taking place at the Fermi National Accelerator Laboratory of the U.S. Department of Energy after years of planning, testing, and building. Today, Dec. 1, a neutrino detection system for the Short-Baseline Near Detector will move three miles from its original location in a warehouse-like structure to its eventual destination in the SBND detector hall. There, researchers will utilize a beam of neutrinos to study how these particles interact with atoms. Their objective is to gain more knowledge about the enigmatic characteristics of neutrinos. It’s not simple to move the system. It is roughly the size of a small house and is almost a 20-foot cube. It weights 20,000 pounds and has delicate wiring and sensors within that, if moved about too much, may jeopardize the stability of the system.

This transfer has been anticipated by scientists, engineers, and Fermilab staff for years, and they have spent countless hours getting ready for it. The time has come. The relocation process started at 6 a.m. and is expected to last 8 to 10 hours. The detection system was first maneuvered through a huge roll-up door by staff with barely any room to spare. Then, a crane will be used to transfer it into a flat-bed trailer. Through the lab’s social media channels, the general public can learn more about the progress. Once parked on the trailer, the truck will travel the three miles through the Fermilab complex at a top speed of around 2.5 miles per hour to the detector hall, where the crane will take it off the trailer and onto the ground again. Finally, workers will roll the detecting system into its new location through a garage door.

The system will be housed inside a sizable cryostat—a container to chill the system to a low temperature—in the next months. The cryostat will be filled with entire SBND and liquid argon. Scientists anticipate starting to receive data in the fall of 2023 that will explain the eerie behavior of the phantom neutrinos. Since the detector’s inception, a vast team of individuals, including scientists, engineers, riggers, and safety professionals, have methodically planned the move. Now that the process is finally taking shape, they are thrilled. Shishir Shetty, a mechanical engineer at Fermilab who contributed to the design of the transportation system, compared it to bringing your child to his or her first day of school. We have finally reached the stage where we can see the results of all the time and effort that have gone into developing the detector and organizing the move.

Measurements that have never been done before

The comprehension of neutrinos—subatomic particles with limited interaction with matter but with the potential to hold the key to many of the universe’s mysteries—will be greatly aided by SBND. Neutrinos come in three different varieties, according to research so far. As a component of Fermilab’s Short-Baseline Neutrino Program, SBND will assist in establishing or disproving the existence of a hypothetical fourth type of neutrino known as a sterile neutrino.

The new SBND is one of three liquid-argon time projection chamber detectors used by the Short-Baseline Neutrino Program to examine a neutrino beam. (Scientists will employ the same technology for the Deep Underground Neutrino Experiment’s far larger detectors.) The three detectors track the neutrinos as they move in a straight line, looking for oscillations—the way neutrinos change into different types as they move—and measuring them. The SBND detector, which is 110 meters from the neutrino beam source, is the closest and will aid researchers in understanding the neutrino beam’s initial makeup. (MicroBooNE is located 470 meters away, and ICARUS is 600 meters away.)

If scientists have a highly accurate understanding of the initial beam composition, they may forecast both the quantity and sorts of neutrinos they can expect to observe. A discrepancy may point to the existence of sterile neutrinos or may pave the way for the identification of novel particles in physics that goes beyond the confines of the Standard Model. Ornella Palamara, a neutrino scientist at Fermilab and co-spokesperson for the global SBND collaboration, said, “This will give us a dataset that will be 20 to 30 times larger than the current neutrino-argon interaction data set, which will allow us to do measurements that have never been done before.”

Building the detector within a transport frame

In 2014, SBND was initially proposed. In the subsequent years, scientists from around the world began construction of the detecting system. In 2018, parts began to arrive at Fermilab. Scientists and engineers recognized from the start that the detecting system could not be constructed in the detector hall. Before the equipment could be installed in the experiment’s huge cryostat, housed within Fermilab’s Booster Neutrino Beam, a vast assembly building was required for its construction. The cryostat will be filled with argon liquid.

“It’s like sending your infant to school for the first time. Now that the detector has been constructed and the transfer has been planned, we can finally see the results of so many people’s labor. – Shishir Shetty, mechanical engineer at Fermilab. Therefore, the team began to build the system at the DZero Assembly Building at Fermilab and developed and constructed a transport frame to contain the system from the beginning. To construct the steel frame, the engineering team had to ensure that it could both sustain the massive detector system, which hangs from the top beams, and be quickly relocated when the time came. The frame comprises outriggers for stability, a towbar for pulling, transport stops to prevent the detector from swinging, and a hinged door for removing the system from the hall once it has arrived.

To facilitate shipping, the detector system rests on devices known as Hilman rollers. In the days preceding the relocation, Fermilab employees lay down steel plate tracks for the rollers to reduce friction. To transfer the frame out of the building, a fork truck was used to draw it onto plates, up a ramp, and out of the building, while a second fork truck acted as a brake behind the frame. Along the ramp, a carefully built guiding system prevented the rollers from deviating off their tracks. The detection system’s frame, which was completely coated in black plastic to protect the light-sensitive detector components, barely fit through the garage entrance of the building. Once removed from the structure and loaded onto a flatbed trailer, the frame will be transported to its new location.

To determine the ideal transport route, engineers and scientists did three tests during the summer. The weight of the detector and transportation frame was equal to 66,900 pounds of concrete blocks that were placed into the trailer. Then, they monitored the trailer’s roll and pitch around corners as well as the bumps on the route using accelerometers and inclinometers, including iPads. Engineers had to make sure that the route did not contain any inclines or turn angles that would modify the level of the trailer by more than 5 degrees because the detector system had a high center of gravity (approximately 10 feet above).

The guest scientist who oversaw the SBND assembly, Monica Nunes, noted that alignment is crucial during transportation. “A transfer like this — with a system that has a such a high center of gravity — has never been done at Fermilab before,” says the statement that the detector was designed to be transported. The information indicated that the Ring Road at Fermilab was the recommended path. This portion of the transfer should take roughly 90 minutes at a top speed of 2.5 miles per hour with a Fermilab security escort. While the truck is moving, scientists and engineers will be following it while keeping an eye on the load using accelerators and inclinometers that will send data to their smartphones. The path has been carefully planned. The Fermilab Infrastructure Services Division prepared the route in the days prior to the move by inspecting the road for potholes, trimming trees, and removing powerlines. According to Anne Schukraft, neutrino scientist and technical coordinator for SBND, “many people at Fermilab have worked together to make this possible — physicists, students, technical personnel, administration, procurement.” “It has been wonderful to hear everyone’s opinions and to benefit from their experience. A true team effort has been put forward.

The crane will unload the detector system from the trailer once it has reached the detector hall and set it on steel rails so that it can be wheeled 82 feet inside the detector hall. The last move of the day will be that. We will be overjoyed at that point, Shetty remarked. “There will be lots of smiles,” In order to be able to work securely on top of the detector, Fermilab scientists and engineers must first unwrap it, set up outriggers, and install fall protection. Each of the subsystems will also be put through testing to make sure they weren’t harmed in the transfer. The detector will be installed inside the cryostat and given a top cap in the upcoming months. The cryostat will be filled with liquid argon by the summer after that. Prior to the system’s start collecting actual data from the neutrino beam in the fall of 2023, scientists will test it to characterize the signals it receives. In the end, SBND will catalog more than a million neutrino interactions annually. It will be quite wonderful to finally get data, according to Palamara. For the past eight years, we have been working toward this.