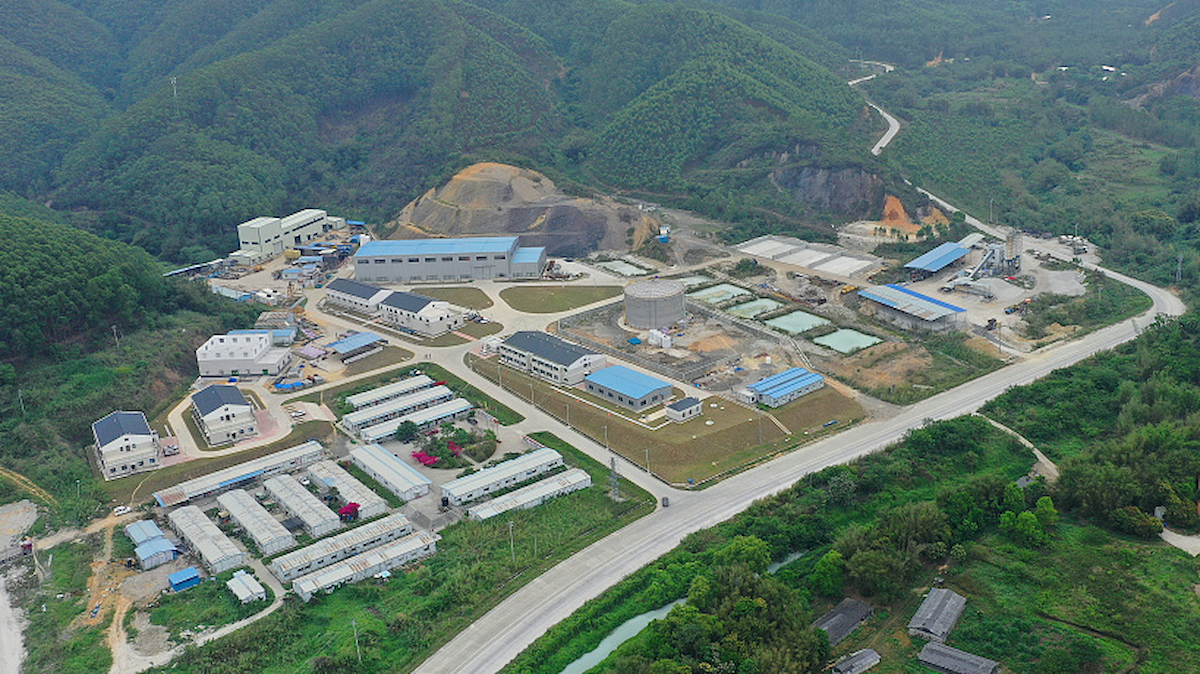 In Jiangmen City, which is located in Guangdong Province in south China, engineers are now putting together a plexiglass spherical construction that will serve as the main component for China’s next-generation neutrino detector called the Jiangmen Underground Neutrino Observatory (JUNO).

It is the largest single plexiglass building in the world, with walls that are 120 millimeters thick and weighing more than 600 tons. Its production and construction are without precedent. When it is finished, the sphere-shaped structure made of plexiglass will be filled with 20,000 tons of liquid scintillator. This is the substance that will serve as the target for catching neutrinos, which are very light particles that do not have any electrical charge.

During the assembly process, the dimensions and positions of each board and layer need to be meticulously monitored and controlled so that the data analysis performed by the detector is as accurate as possible.

The basic structure, which is a spherical grid made of stainless steel and was finished in June, serves as the base for the 35.4-meter-tall plexiglass sphere that is currently being constructed in the midst of the main structure.

The entirety of the construction is built in the middle of a water pool that is 44 meters deep and is located inside of a massive cave in Jiangmen City. Along with a great number of additional components, the primary structure will be covered by 20,000 light detecting photomultiplier tubes that are 51 centimeters in length.

According to Wang Yifang, chairman of the Institute of High Energy Physics under the Chinese Academy of Sciences (CAS), and a member of the CAS, “Its a unique design changing the structure of big neutrino detectors from three layers to two layers,”

“When it was first built, the steel structure had water on the exterior and mineral oil on the inside. When the three-layer construction is reduced to a two-layer one, the steel ball will be transformed into steel beams, and the layer of mineral oil will be replaced by water, resulting in a significant reduction in the overall cost.”

It is anticipated that the device that would cost 2 billion yuan (about 305.3 million dollars) will be finished and put into service around the year 2023.

According to the Chinese Academy of Sciences (CAS), the purpose of the new machine is to detect and measure the quality order of neutrinos with an unprecedented level of precision and energy resolution. This will allow researchers to gain additional understanding on the neutrinos’ mass, how they can change identities while traveling through a process known as oscillation, and to solve additional mysteries pertaining to the puzzling elementary particle, which is both extremely abundant and difficult to spot.