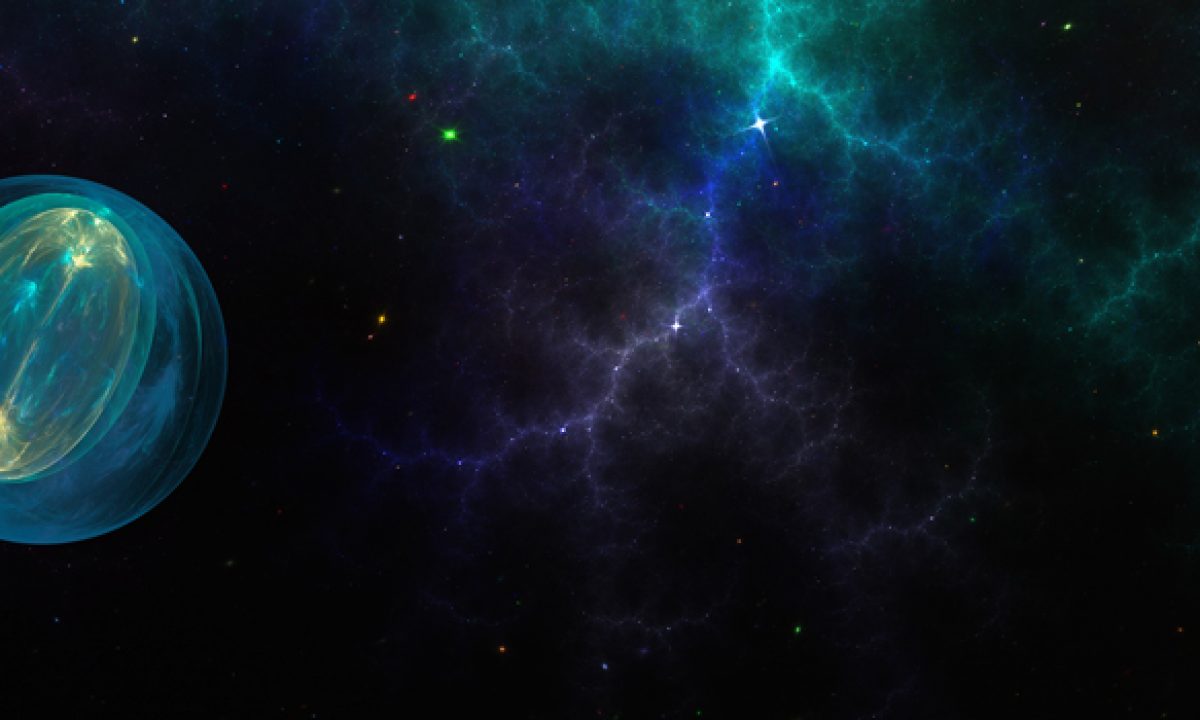 Neutrinos likely cause physicists the most trouble out of all the known elementary particles. Despite being the second most frequent particle in the universe, these tiny basic pieces of matter are anything but typical. They have taunted scientists ever since their discovery with strange behaviors, some of which physicists are still trying to understand. The results of short-distance neutrino experiments, in which neutrinos are measured after traveling between a few meters and a kilometer, have revealed one source of confusion. These experiments measure neutrinos, but the outcomes don’t always come out as expected. There are occasionally too many of some neutrinos and occasionally too few of others. Since it was first discovered in the early 2000s, this discrepancy between experiments and predictions has opened up a whole subfield in the study of neutrinos. While the solution to the puzzle might help physicists understand neutrinos better, it might also offer fresh perspectives on the basic principles governing the universe.

The so-called short-baseline neutrino experiments are the root cause of the short-distance miscounts. These experiments typically consist of an established neutrino source or beam at one location and a detector that can distinguish between one or more of the three distinct types of neutrinos: electron, muon, or tau neutrinos. These tests examine whether the interactions between the detector and the neutrinos coming from the source match what scientists would have predicted. This should be simple, but neutrinos can change their shape, unlike the majority of other particles. Neutrinos change their type—or “flavor,” as physicists like to say—as they move instead of remaining the same throughout their entire lives. Each neutrino travels as a probabilistic mixture of the three different flavors, much like how photons move as waves but interact as particles. It only chooses one when it engages in interaction. This phenomenon is known as a neutrino oscillation.

The likelihood that you will observe a particular flavor of a neutrino particle depends on probability, according to Zara Bagdasarian, an assistant project scientist at the University of California, Berkeley. Essentially, it is a quantum phenomenon. Each of the three distinct neutrinos has a unique chance of interacting with each of the three flavors. Additionally, because each has a distinct mass, it moves at a different speed. This ultimately means that certain distances are more likely than others for each flavor to appear. Scientists can calculate how many neutrinos of each flavor should appear at various distances using the theoretical framework that describes neutrino oscillations. This is strongly supported by experiments that track neutrinos coming from the sun to Earth and by studies of neutrino beams that are sent halfway across a continent. Over long distances, neutrinos have enough time to change flavors. Neutrinos have less time to oscillate and change flavors when traveling short distances.

However, predictions consistently appear to be inaccurate in these short-baseline experiments, including those at beam lines and nuclear reactors. There are too many electron neutrinos detected in some experiments, while there are also too few. Short-baseline anomalies are these counting errors. Since the anomalies were first spotted two decades ago, researchers have made a number of educated guesses as to what might be the cause of discrepancies. They are working on a number of ongoing and upcoming experiments to determine the viability of these theories. Georgia Karagiorgi, an associate professor of physics at Columbia University, says there are a lot of guesses at this point. However, because no one model can simultaneously account for all anomalies, there is no clear best guess.

Possible causes of short-baseline anomalies include flawed experimentation. Researchers spend years on end making sure they can account for any uncertainties caused by the system itself when building out large-scale experiments. Of course, the possibility of omission exists at all times. However, according to Karagiorgi, this is highly improbable. If only one neutrino experiment reported these discrepancies, it might be reasonable to blame that experiment. However, this counting error persists across a range of laboratory settings and study designs. Karagiorgi suggests that our knowledge of detectors may be lacking. But when anomalies appear in several different industries at once, people start to wonder what’s going on. Possible explanations for the anomalies include defects in the current understanding of the oscillation and interaction of the three known neutrinos with ordinary matter, such as the matter used to construct particle detectors. If this is the case, then unraveling the mystery surrounding the anomaly could lead to improvements in the Standard Model, the theoretical framework that describes the interactions of all fundamental particles and forces. According to Pedro Machado, a theoretical physicist at the Fermi National Accelerator Laboratory of the United States Department of Energy, this discovery has the potential to fill in gaps in our knowledge of neutrino physics.

Anomalies occur less frequently than 3% of the time, if you look at the events. Here’s what Machado has to say about it. To put it another way, “the explanation for the anomaly could actually be as simple as a misunderstanding of neutrino interactions or the backgrounds in the detector.” Physicists are still looking for answers as to what is missing from the Standard Model that could account for the anomaly, but so far they have come up empty. One alternative theory proposes that the anomalies are caused by the presence of a new, as-of-yet-unidentified neutrino. These neutrinos, dubbed “sterile neutrinos,” would interact solely through gravity and not the weak nuclear force. If sterile neutrinos exist, neutrino oscillations would have four flavors instead of three. This additional oscillation could convert a muon neutrino into an electron neutrino over very short distances, which could explain why extra electron neutrinos are seen in some short-baseline experiments, for example. In contrast to the heavy sterile neutrinos that have been proposed as a candidate for dark matter, the sterile neutrino that would cause short-baseline anomalies would be quite light, with the mass of only a few electronvolts, which is much closer to the tiny masses of the three known types of neutrinos. Some models predict only one type of light sterile neutrino, but simpler explanations suggest there may be many.

MicroBooNE, a large liquid-argon particle detector at Fermilab, has recently been searching for sterile neutrinos, the presence of which would be revealed by the presence of additional electrons. The existence of a fourth neutrino has not been confirmed as of yet. Machado says that scientists haven’t completely ruled out the possibility of sterile neutrinos, even though the results haven’t been encouraging. I’d like to see more information, he says. This is such a big deal, and I don’t think we can rest easy until we know for sure that nothing else is lurking in the shadows. We’ll know we’re onto something big if we fail. If sterile neutrinos are not to blame, then dark neutrinos may be the source of the anomalies. Proposed dark neutrinos would be a different breed than sterile neutrinos, which would add to the three-neutrino framework as a fourth neutrino flavor. The hypothetical dark neutrinos would belong to the so-called “dark sector” of physics, which also includes dark energy, dark matter, and other particles that mediate interactions between the dark sector and the standard sector of particles. Since neutrinos are never directly seen in experiments, but rather, detectors only catch an electron, muon, or tau particle after a neutrino collides with an atomic nucleus in the detector material, dark neutrinos may have been mistakingly identified as electron neutrinos all along.

See also  Neutrinos is a term used in astronomy

Beams of muon neutrinos may interact with other particles en route to the detector in short-baseline experiments. A dark neutrino and a gauge boson could be produced in some of these collisions. However, the gauge boson might decay into a pair of electrons and positrons, whereas the dark neutrino would escape undetected. This could be evidence of a new type of neutrino, the dark neutrino, rather than the extra electron neutrinos previously assumed to be responsible for the observed excess of electron-positron pairs. It’s being considered along with a number of other options. Anomalies observed in some experiments can be explained by each of these solutions, but not all anomalies observed in all short-scale experiments. This is why both theoretical and experimental physicists are hard at work developing new ideas and methods for testing them. Multiple neutrino experiments will focus on the short-baseline anomalies in the coming years. Light sterile neutrinos are currently being searched for by experiments like MicroBooNE. In addition to the Super-Kamiokande experiment, the Japan Proton Accelerator Research Complex will conduct a Sterile Neutrino Search, and the full Short-Baseline Neutrino program at Fermilab will look for signatures that can distinguish sterile neutrinos from other exotic varieties, such as dark neutrinos. Karagiorgi explains that the community has been “investing in these experiments for the past decade,” and that they are now bearing fruit. “We’re in for some thrilling times in the years ahead.” These experiments will be able to probe additional neutrino mysteries due to their high precision and cutting-edge technology. Resolving the short-baseline anomalies may lead to the discovery of novel physical phenomena. A “whole new field” can be uncovered, according to Bagdasarian, “sometimes it’s the smallest mismatches between our theoretical understandings and experiments.” The “mystery of neutrino physics” is “in many ways intertwined with mysteries of the universe as a whole,” as the author puts it.