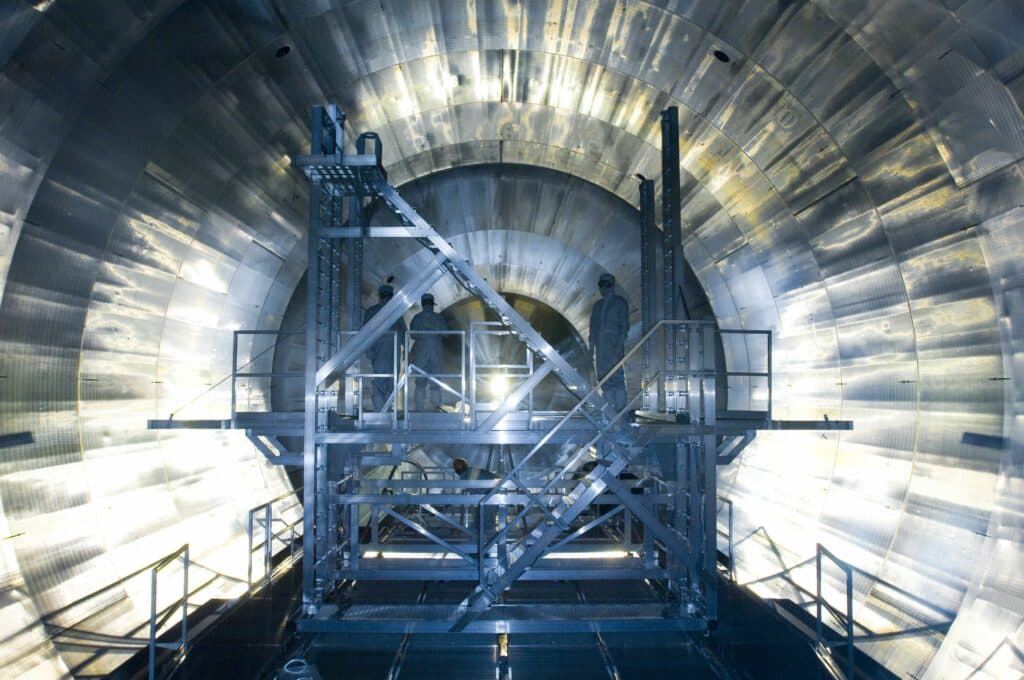 Virtual Reality at KIT: Now Everyone Can Experiment with Neutrinos

Since the beginning of July, a virtual reality environment makes the neutrino experiment KATRIN at KIT accessible to everyone

Do neutrinos have a mass? This question is considered one of the greatest mysteries of natural science. At KIT, the Karlsruhe Institute of Technology, they are trying to find the answer with KATRIN.

To do so, one must know that neutrinos are the lightest, most abundant, but also most puzzling mass-bearing particles in our universe. They are electrically neutral and interact with their environment only via gravity and the so-called weak force. For a long time neutrinos were described as massless particles, until in recent years it could be observed that they do have a small mass.

Within the framework of KATRIN, an international project in basic physics research, the neutrino mass is now being determined to within 0.2 eV/c2. Currently, around 200 researchers* from Europe and the USA are working on the “visionary tritium beta decay experiment”, which uses a high-resolution spectrometer with a diameter of ten meters.

Sounds complicated? It is. But KIT has nevertheless come up with something to make KATRIN accessible to everyone.

Thanks to the VR environment, everyone can experiment with KATRIN

In principle, large-scale experiments like KATRIN take place behind closed doors – on the one hand for security reasons, and on the other hand so as not to disturb ongoing research work.

Nevertheless, it was important to KIT that all people interested in the topic can take a look behind the scenes – and so a novel VR application was developed in the research project “Science In Presentations” in cooperation with the National Institute for Science Communication (NaWik).

The focus is on photorealistic 360-degree views of the experimental setup of the KATRIN experiment at KIT. Users can choose between a guided tour with scientists explaining the research, or they can go off on their own. Users can navigate from room to room, talk to virtual researchers, and even perform interactive experiments on the spectrometer themselves.

Interested parties can access the VR application via this link in their browser and go exploring directly on their PC, tablet or smartphone.

In the future, however, not only the public will benefit from such virtual reality applications, but also teaching. Currently, NaWik and the KIT Center for Elementary Particle and Astroparticle Physics (KCETA) are further developing the VR application so that students can also gain practical experience in virtual space.

The project is funded by the KIT “Research Infrastructures in Research-Oriented Teaching” grant within the framework of the Excellence Strategy of the German federal and state governments.

The karlsruhe.digital initiative unites Karlsruhe stakeholders from science, business, culture, and administration with the goal of advancing Karlsruhe as a driver of digitalization – for more competitiveness, quality of life, and sovereignty. Through the karlsruhe.digital initiative, expert knowledge is bundled, networking is promoted, and topics are addressed holistically in order to actively shape the city’s digital future.