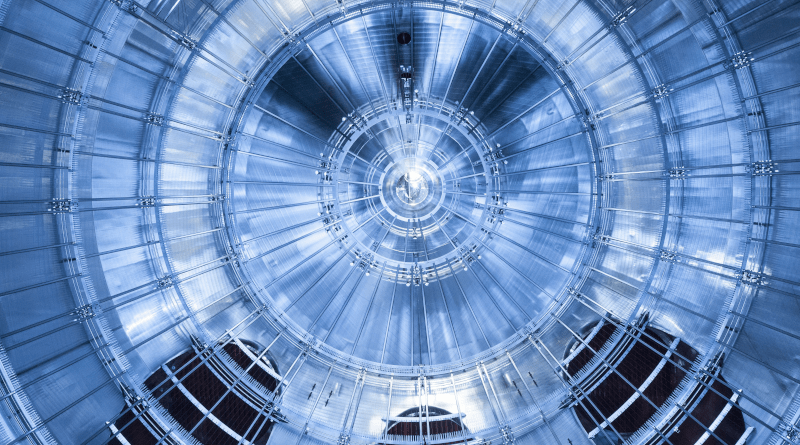 Neutrinos are less than 0.8 electron volts in weight

Neutrinos are one of our universe’s most interesting basic particles. They play a key role in the production of large-scale structures in cosmology, and their very tiny mass distinguishes them in particle physics, hinting to novel physics processes beyond our present ideas. Our knowledge of the cosmos will be incomplete until the mass of neutrinos can be measured.

The worldwide KATRIN experiment at KIT is taking on this task as the world’s most sensitive neutrino scale. There are partners from six different nations engaged. The energy distribution of electrons emitted in the beta decay of tritium, an unstable hydrogen isotope, is used by KATRIN to compute the mass of the neutrino. This necessitates a significant technical investment: The 70-meter-long experiment includes the world’s most powerful tritium source as well as a massive spectrometer that can precisely detect the energy of decay electrons. Since beginning scientific measurements in 2019, the data’s excellent quality has steadily increased over the previous two years.

Professor Guido Drexlin of KIT, the project leader and one of the two co-spokespersons of the experiment, states, “KATRIN as an experiment with the highest technical standards is currently working like a faultless clockwork.” “Reduction in the background rate and increase in the signal rate were important for the new outcome,” says Professor Christian Weinheimer of the University of Münster.

Detailed Data Analysis: First, lower the voltage to below 1 eV.

The international team led by Dr. Magnus Schlösser, KIT, and Professor Susanne Mertens, Max Planck Institute for Physics and Technical University of Munich, faced a significant challenge in analyzing these data in depth: every effect on the neutrino mass, no matter how minor, had to be thoroughly investigated. “The only way to rule out a systematic bias of our results owing to distorting processes was to do this tedious and complicated job.” “We are especially pleased of our analytical team, which took on this enormous job with tremendous zeal and succeeded,” Schlösser and Mertens said.

The experimental results from the first year of observations matched precisely, as did models based on a vanishingly tiny neutrino mass: According to the researchers, this enabled them to establish a new upper limit for neutrino mass of 0.8 eV. This is the first time a direct neutrino mass experiment has approached the sub-eV mass region, which is important in cosmology and particle physics since this is where neutrinos’ basic mass scale is thought to reside.

“The particle physics community is ecstatic that KATRIN has breached the 1-eV barrier,” says KATRIN Executive Board Chair John Wilkerson of the University of North Carolina, a neutrino specialist.

“The success was predicated decisively on the seamless functioning of the spectrometer, detector, and cryoinfrastructure at the Karlsruhe Tritium Laboratory, as well as the ramp-up of the source to nominal source intensities.” This was because to the professional devotion of our highly motivated personnel, who helped support this large-scale trial,” Schlösser says.

“Further measurements of the neutrino mass will continue until the end of 2024,” the researchers engaged in the KATRIN study said. To fully exploit the potential of this one-of-a-kind experiment, we’ll gradually increase the number of signal occurrences and create and deploy modifications to further lower the background rate.”

The new TRISTAN detection system’s development will be particularly important. It will enable KATRIN to begin searching for “sterile” neutrinos with masses in the keV range starting in 2025. Such sterile neutrinos might be candidates for the enigmatic dark matter, which has previously been detected in a number of astrophysical and cosmology experiments but whose physical nature remains unknown.