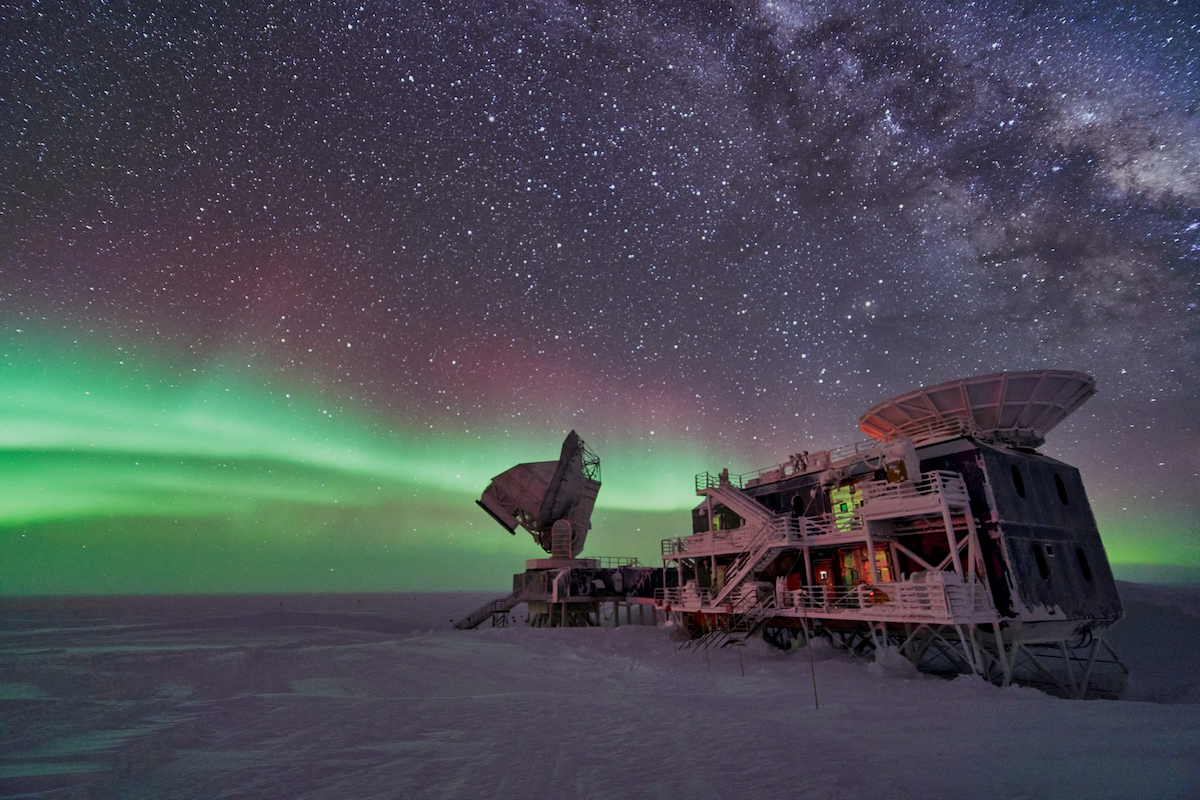 The South Pole Telescope, a product of the future, can peer deep into the past

A collaborative endeavor intends to uncover information about the origins of the universe by surveying the cosmos from Antarctica’s remote location.

The South Pole’s summer, which lasts from November to February, has an average temperature of -18 degrees Fahrenheit. At this hour, the sun does not set, making sleep difficult. The climate is harsh and arid. When available, the Internet connection at the Amundsen–Scott South Pole Station is excruciatingly slow.

On the other hand, there are few distractions from work, and the scenery is breathtaking. The food prepared in the on-site kitchen is delicious. The highlight? There is a glimpse of the early universe that is unequaled.

“We are monitoring the same section of sky every single day, throughout the entire day. The more we observe it, the greater our ability to recognize weaker signals.” – Amy Bender, Physicist at Argonne

That view, seen from the South Pole Telescope (SPT) at the research station, is not what most of us imagine when we look up at the sky. Instead of stars and planets, the SPT pictures resemble a Jackson Pollock painting. They collect information on the origins of the cosmos and its evolution over billions of years.

Since the SPT began operations in 2007, it has aided in the discovery of more than a thousand enormous galaxy clusters (including some genuinely spectacular ones) and altered our view of the epoch when the first stars formed, among other findings. Over twenty colleges and Department of Energy (DOE) research centers, including Argonne National Laboratory, are participating on this project.

The 33-foot telescope employs Argonne-developed and -built instruments to investigate the cosmic microwave background (CMB). The CMB is composed of light emitted when the cosmos was around 380,000 years old. Approximately 14 billion years ago, the infant universe was an incredibly hot plasma, and the light it emitted has been traveling across space ever since.

Lindsey Bleem, a physicist at Argonne who gathers and analyzes data from the SPT, stated, “Observing the cosmic microwave background, which paints our early universe and connects it to the observations we make today, is one of the essential pillars of our cosmological model.”

Antarctica is one of the greatest sites in the world to detect this tiny signal since it consists primarily of a frozen desert and is extremely dry. Bleem said that water in the air can cause “noise” in a telescope’s view of the sky, making the image less clear. On Earth, the SPT’s environment is as free from influence as possible.

Scientists can collect and deal with the SPT’s data remotely from Argonne in Illinois or any other location with remote access to the data. Maintenance and upgrades, such as the 2017 installation of a camera of the third generation, periodically need travel to this site in the middle of a frozen desert.

Whether it is dealing with teeth-chattering cold, waiting for supplies to arrive, or ensuring equipment is maintained and weatherproofed, the remote location can be intimidating. Clarence Chang, a physicist at Argonne who builds superconducting detectors for the SPT, described the absence of humidity as “something of a challenge and something that can also interfere with day-to-day operations.”

During the summer season of the telescope, staff cooks offer meals for visiting researchers, and “the cuisine is really amazing,” according to Bleem.

The camera of the SPT was upgraded in 2017 from 1,600 to 16,000 detectors. The detectors, when grouped together, resemble a honeycomb approximately 17 inches across. The detectors are kept considerably colder than even the coldest Antarctic night, at a temperature just over absolute zero, or minus 459 degrees Fahrenheit. Temperature and superconducting materials allow them to detect the CMB’s weak light.

The detectors were manufactured at the Center for Nanoscale Materials at Argonne National Laboratory, a DOE Office of Science user site. The facility’s equipment allows for the consistent management and processing of superconducting materials.

Among the objectives of CMB observations is to investigate the cosmic inflation theory, which proposes that the early cosmos expanded at an unfathomably high rate. This idea is connected to predictions of particular CMB patterns.

These forecasts are quite difficult to measure. “The signals are extremely faint, necessitating the construction of extremely sensitive detectors,” stated Chang.

In 2018, the SPT began a six-year study using the new camera. The expanded detector array, along with years of observation, is akin to setting a long exposure on the most advanced smartphone camera to capture a night-time image with exquisite detail.

Amy Bender, a physicist from Argonne who helped install the third-generation camera, stated, “It’s collecting data for us as we speak.” “Every day, all day, we observe the exact same portion of the sky. The more we observe it, the greater our ability to recognize weaker signals.”

When the SPT’s operation concludes in 2024, scientists will not only be evaluating the collected data, but also working on improvements to the SPT.

CMB-S4 is an ambitious new experiment that will rely heavily on Argonne’s capacity to manufacture super-sensitive telescope detectors. Beginning at the end of the decade, 21 telescopes at the South Pole and in the Atacama Desert of Chile will conduct a seven-year survey of the sky as part of this experiment, which is a collaboration between Argonne and dozens of international universities. 500,000 detectors will be placed, some of which will be manufactured at Argonne.

Simulations executed on high-performance machines at the Argonne Advanced Computing Facility, which is also a DOE Office of Science user facility, are essential for decoding SPT observations. This processing capability is utilized by scientists to correlate ideas of how matter and forces interact in the universe. A galaxy cluster in the telescope’s line of sight will distort background light from nearby galaxies and the cosmic microwave background (CMB). This effect must be measured and corroborated with previous theoretical predictions.

To illustrate how simulations complement observations, Bleem provided the following scenario: Suppose you had a photograph of the Eiffel Tower but no data on the structure’s height. Using the known size of a nearby object, such as a person standing on the ground, you may deduce its size. In a similar fashion, computers assist bridge the gap between what we know and what we hope to learn by providing insight into these complex processes and enabling us to evaluate how well our analysis tools can recreate models of these events.

With the modernized SPT and the forthcoming CMB-S4 project, scientists continue to collect more observational data. J.D. Emberson, a computational scientist at Argonne, said that the facility’s computing resources are keeping up.

“The early cosmology software simulated solely gravity,” claimed Emberson. However, when better and larger telescopes that can collect more information in the cosmos become available, it is crucial that we have the ability to model more than simply gravity.

Emberson works on the Hardware/Hybrid Accelerated Cosmology Code (HACC), a framework for doing cosmological simulations for the Space Telescope and other telescopes.

“As scientists create instruments of the next generation, we want to be able to advance computing to match,” Emberson explained. Argonne’s CPUs and detectors support SPT’s cosmic research. They can also be used in healthcare and security screening.

“No company now manufactures equipment like this,” Bender stated. Therefore, we are at the forefront of pushing the technology for it. Who knows what opportunities that may present in other areas?”

The National Science Foundation, the DOE Office of High Energy Physics, the Kavli Institute for Cosmological Physics at the University of Chicago, and the U.S. Antarctic Program provide funding and support for the South Pole Telescope.