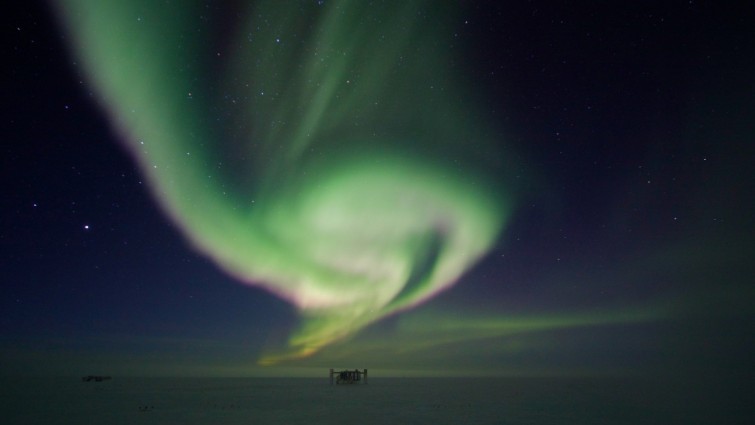 The neutrino celebrates its 60th birthday

The ghostly particle was discovered as part of Project Poltergeist. Scientists are now confronted with more neutrino riddles than ever before, sixty years later.

Wolfgang Pauli hypothesized the existence of a new, non-electrically charged, small particle in 1930. The particle was thought to be extremely light—possibly with no mass at all—and to interact with matter only seldom. This unexplained particle was later dubbed the “neutrino” (or “tiny neutral one”) by Enrico Fermi.

Despite the fact that neutrinos are relatively common, it took scientists 26 years to confirm their existence. We’ve gradually learnt more about the neutrino in the 60 years since it was discovered.

According to Keith Rielage, a neutrino researcher at the Department of Energy’s Los Alamos National Laboratory, “at every step, it seems to take a decade or two for scientists to come up with studies to start probing the next attribute of the neutrino.” “And then we’re left scratching our heads because the neutrino doesn’t behave the way we expect it to. So the neutrino has always been a fascinating particle.”

Neutrinos can be divided into three sorts, or “flavors,” as we now know: electron, muon, and tau. We also know that as neutrinos move through space, they oscillate between the three types. We know neutrinos must have mass because they oscillate.

However, there are still many unanswered issues about neutrinos, and the search for answers is involving scientists and experiments all across the world.

The enigma of the energy that has vanished

When Pauli was seeking to solve the problem of energy conservation in a reaction termed beta decay, he came up with the neutrino. The transformation of a neutron into a proton is an example of beta decay, which allows an unstable atom to become more stable. An electron is emitted during this process.

Their energies would be well defined if the neutron was turned into merely a proton and an electron. Experiments revealed, however, that the electron did not always emerge with a specific energy—rather, electrons displayed a variety of energies. Pauli suggested that an unknown neutral particle must be involved in beta decay to account for this range.

“If another particle was involved in the beta decay, all three particles would share the energy, but not always in the same way,” explains Jennifer Raaf, a neutrino researcher at the Fermi National Accelerator Laboratory of the Department of Energy. “So you could obtain an electron with a high energy occasionally and a low energy electron other times.”

Neutrinos were once thought to be strange “ghost” particles that were found all around us but generally passed straight through matter, absorbing energy in beta decays. Reines and Cowan’s search for the neutrino became known as “Project Poltergeist” as a result of this.

According to Rielage, the name felt fitting because they were attempting to expel a ghost.

Having the ghost particle caught

“The tale of the neutrino discovery is fascinating, and in some respects, it could only have happened in Los Alamos,” Rielage says.

All of this began in the early 1950s. Reines had overseen many initiatives testing nuclear weapons in the Pacific while at Los Alamos, and he was interested in fundamental physics topics that could be investigated during the tests. An intense burst of antineutrinos was thought to be produced by a nuclear explosion, and Reines believed that an experiment could be developed to detect some of them. Reines persuaded Cowan, a Los Alamos colleague, to collaborate with him on the experiment.

The first concept proposed by Reines and Cowan was to install a giant liquid scintillator detector in a shaft near to an atmospheric nuclear test site. But then they had a better idea: they could place the detector near a nuclear reactor.

So, with their 300-liter detector nicknamed “Herr Auge” (German for “Mr. Eye”), Reines and Cowan traveled to the massive fission reactor in Hanford, Washington in 1953.

Although Reines and Cowan did see a tiny increase in neutrino-like signals when the reactor was turned on versus off, the noise was too much to handle. They couldn’t say for sure whether the little signal was caused by neutrinos. While the detector’s shielding was successful in filtering neutrons and gamma rays from the reactor, it was unable to prevent a deluge of cosmic rays from space.

Reines and Cowan modified their detector into a stacked three-layer structure during the next year, allowing them to distinguish between a neutrino signal and the cosmic ray background. They took their new 10-ton detector on the road again in late 1955, this time to the large fission reactor at the Savannah River Plant in South Carolina.

Reines and Cowan gathered data and examined the results for more than five months. They sent a message to Pauli in June 1956. “We are delighted to inform you that we have certainly discovered neutrinos,” it said.

Getting to the bottom of the next neutrino mystery

A new enigma concerning the neutrino arose in the 1960s, this time in a gold mine in South Dakota.

Ray Davis, a nuclear chemist at the DOE’s Brookhaven National Laboratory, devised an experiment to detect solar neutrinos, which are neutrinos created in solar processes. It included a massive chlorine-based detector, which was located a mile down in the Homestake Mine and offered cosmic ray shielding.

Scientists initially suspected a fault with Davis’ experiment or the solar model, but no issues were discovered. Scientists gradually began to suspect that the problem was caused by neutrinos.

Rielage notes, “Neutrinos always seem to surprise us.” “We assume something is simple, but it turns out to be anything but.”

Scientists speculated that as neutrinos move through space, they may oscillate, or transform from one type to another. Davis’ experiment was only sensitive to electron neutrinos, so if neutrinos oscillated and arrived at Earth as a mixture of the three types, it would explain why only one-third of them were detected.

“The fact that neutrinos oscillate is interesting, but the important thing is that it informs us that neutrinos must have mass,” says Gabriel Orebi Gann, a neutrino researcher at the University of California, Berkeley, and the DOE’s Lawrence Berkley National Laboratory. “This is huge since the Standard Model did not predict that the neutrino would have mass.”

Beyond the Standard Model Mysteries

The Standard Model does not include a way for neutrinos to have mass, which is a theoretical model that describes elementary particles and their interactions. The discovery of neutrino oscillation shattered what had previously been a near-perfect image of the subatomic universe.

“It’s critical to probe around in this picture and discover which sections hold up to experimental testing and which parts still require more information,” Raaf explains.

After 60 years of research on neutrinos, there are still a few unsolved puzzles that could lead to new insights into physics beyond the Standard Model.

Is the neutrino an antiparticle to itself?

The neutrino is one of a kind in that it can be its own antiparticle. “At the present, the only thing we know that distinguishes matter from antimatter is electric charge,” explains Orebi Gann. “So, for the neutrino, which has no electric charge, what is the difference between a neutrino and its antimatter partner?” says the scientist.

If the neutrino is not its own antiparticle, antimatter must be distinguished from matter by something other than charge. Orebi Gann says, “We don’t know what that would be right now.” “It would be a new symmetry,” says the author.

Scientists are looking for neutrinoless double beta decay to see if the neutrino is its own antiparticle. Two neutrons decaying into protons at the same time is what these experiments are looking for. Two electrons and two antineutrinos would be produced by a conventional double beta decay. If the neutrino is its own antiparticle, however, the two antineutrinos might annihilate, leaving only electrons behind.

See also  New Evidence in the Search for a Fourth Type of Neutrino, which has been ongoing for decades

Several new experiments will look for neutrinoless double beta decay in the near future. The SNO+ experiment in Canada, the CUORE experiment at Italy’s Laboratori Nazionali del Gran Sasso, the EXO-200 experiment at New Mexico’s Waste Isolation Pilot Plant, and the MAJORANA experiment at the Sanford Underground Research Facility in the former Homestake mine in South Dakota are among them (the same mine in which Davis conducted his famous solar neutrino experiment).

What is the order of the neutrino mass states, or their “hierarchy”?

We know that neutrinos have mass and that the three neutrino mass states differ significantly, but we don’t know which one is the heaviest. Scientists hope to find an answer to this question by studying neutrinos as they fluctuate over large distances.

A beam of neutrinos is created in an accelerator and transported across the Earth to far-flung detectors for these experiments. Japan’s T2K experiment, Fermilab’s NOvA experiment, and the upcoming Deep Underground Neutrino Experiment are all examples of long-baseline experiments.

What is the mass of neutrinos in absolute terms?

Scientists are reverting to the reaction that originally revealed the presence of neutrinos, beta decay, in order to determine the absolute mass of neutrinos. By investigating tritium (a hydrogen isotope that decays through beta disintegrate), the KATRIN experiment in Germany hopes to directly determine the mass of the neutrino.

Is it true that neutrinos come in more than three varieties?

The “sterile” neutrino, a form of neutrino with significantly less interactions, has been proposed by scientists. Scientists are investigating neutrinos as they travel across small distances to hunt for evidence of sterile neutrinos.

Scientists will search for sterile neutrinos using three detectors at Fermilab as part of the short baseline neutrino program: the Short Baseline Neutrino Detector, MicroBooNE, and ICARUS (a neutrino detector that previously operated at Gran Sasso). In addition, Gran Sasso will host the SOX experiment, which will seek for sterile neutrinos.

Is it true that neutrinos defy “charge parity (CP) symmetry”?

Long-baseline studies are also being used by scientists to look for a phenomenon known as CP violation. It should have all destroyed if equal amounts of matter and antimatter were generated in the Big Bang. Because matter exists in the cosmos, something must have caused there to be more matter than antimatter. If neutrinos defy CP symmetry, it may help explain why there is more matter in the universe.

“The fact that we don’t know everything about neutrinos is what makes it exciting,” explains Rielage. “The challenges that remain are difficult, but we joke that if they were simple, someone would have figured it out by now. But that’s part of what I like about it: we have to look outside the box in order to find answers.”