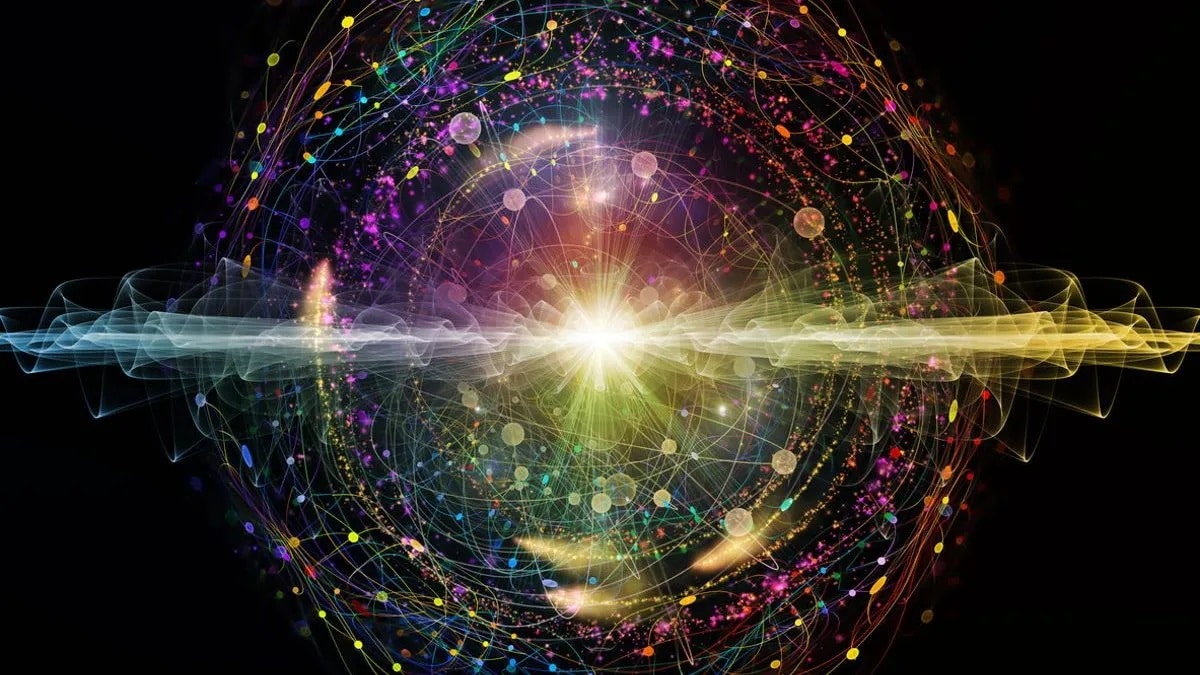 At room temperature, physicists have seen brand-new quantum effects in a topological insulator for the first time. When Princeton researchers looked into a topological material based on the element bismuth, they made a discovery that was later published as the cover article of the October issue of Nature Materials. For more than ten years, researchers have utilized topological insulators to show quantum effects, but this experiment marks the first time these effects have been shown at ambient temperature. Temperatures near absolute zero, or -459 degrees Fahrenheit, are usually required to induce and observe quantum states in topological insulators (or -273 degrees Celsius).

This discovery opens up a new set of opportunities for the creation of effective quantum technologies, such as spin-based electronics, which have the potential to replace many existing electronic systems in favor of ones that use less energy. Physics and engineering researchers have recently paid a lot of attention to the study of topological states of matter, which is currently the subject of intense interest and research on a global scale. Topology, a branch of theoretical mathematics that investigates geometric characteristics that can be deformed but not fundamentally altered, is combined with quantum physics in this field of research. According to M. Zahid Hasan, the Eugene Higgins Professor of Physics at Princeton University and the study’s principal investigator, “the novel topological properties of matter have emerged as one of the most sought-after treasures in modern physics, both from a fundamental physics point of view and for finding potential applications in next-generation quantum engineering and nanotechnologies.”

Hasan continued, “This work was made possible by a number of novel experimental developments in our Princeton lab. Topological insulators are the primary device element utilized to delve into the mysteries of quantum topology. This is a special gadget because the inside acts as an insulator, preventing the electrons from freely moving around and conducting electricity. However, the device’s edges have free-moving electrons, indicating that they are conductive. Additionally, the electrons moving along the edges are not impeded by any flaws or deformations due to the unique characteristics of topology. By examining quantum electrical properties, this device has the potential to advance technology while also fostering a deeper knowledge of matter itself. But up until now, there has been a significant roadblock in the effort to apply the materials and gadgets in practical devices. However, until some macroscopic quantum topological effect can be expressed at low temperature, these applications will probably not be achieved, said Hasan. “Topological materials are of enormous interest, and people frequently talk about how great a potential for practical applications they have.

This is due to “thermal noise,” which is defined by physicists as a spike in temperature that causes the atoms to vigorously vibrate, being produced by ambient or high temperatures. The result of this operation could be the collapse of fragile quantum systems. Particularly with topological insulators, these higher temperatures lead to a situation where the electrons on the insulator’s surface invade the interior, or “bulk,” causing the electrons there to start conducting as well, diluting or breaking the unique quantum effect. This can be avoided by exposing such experiments to extremely low temperatures, usually at or close to absolute zero. Atomic and subatomic particles stop vibrating at these extraordinarily low temperatures, making them easier to control. For many applications, it is not feasible to create and maintain an ultra-cold environment because doing so is expensive, large, and energy intensive. However, Hasan and his group have come up with a creative solution to get around this issue. They created a novel type of topological insulator using the inorganic crystalline compound bismuth bromide (chemical formula -Bi4Br4), which is occasionally used for water treatment and chemical analyses. They did this by building on their prior knowledge of topological materials and working with numerous collaborators.

One of the three co-first authors of the paper and postdoctoral research associate in electrical and computer engineering Nana Shumiya said, “This is just terrific that we found them without giant pressure or an ultra-high magnetic field, making the materials more accessible for developing next-generation quantum technology. I think our discovery will considerably advance the quantum frontier,” she continued. The quantum Hall effect, a type of topological effect that was the focus of the 1985 Nobel Prize in Physics, is where the discovery’s foundations are found. Since then, topological phases have been the subject of extensive research. Topological insulators, topological superconductors, topological magnets, and Weyl semimetals are only a few of the many new classes of quantum materials with topological electronic structures that have been discovered. Theoretical discoveries were advancing at the same time that experimental discoveries were happening quickly. F. Duncan Haldane, the Sherman Fairchild University Professor of Physics at Princeton, advanced significant theoretical ideas on two-dimensional (2D) topological insulators in 1988.

The key to making the speculative prediction of a topological insulator feasible in a high-temperature environment, according to Hasan, is a sufficient atomic chemistry and structure design paired with first-principles theory. “There are many topological materials, so selecting the proper one for in-depth study requires a combination of intuition, expertise, calculations tailored to the particular material, and extensive experimental work. We spent the next ten years researching various materials made of bismuth as a result of it.” Band gaps in insulators, like semiconductors, are referred to as insulating gaps. These are essentially “barriers” that prevent electrons from passing through one another as they circle. These band gaps are crucial because, among other things, they act as the key to breaking the barrier put in place by thermal noise that prevents one from reaching a quantum state. If the band gap’s width is greater than the thermal noise’s, they behave in this way. The electrons’ spin-orbit coupling, or the connection between the electron’s spin and its orbital motion around the nucleus, can, however, be disrupted by a band gap that is too high. The topological quantum state collapses when this disturbance takes place. Finding a balance between a wide band gap and the effects of spin-orbit coupling is therefore key to causing and maintaining a quantum effect.

Hasan and his colleagues investigated the family of compounds called bismuth bromide in response to a suggestion by collaborators and co-authors Fan Zhang and Yugui Yao to investigate a particular class of Weyl metals. The Weyl phenomenon, however, was not visible to the investigators in these materials. Instead, Hasan and his team found that the bismuth bromide insulator possesses characteristics that make it more desirable compared to topological insulators (Bi-Sb alloys) based on bismuth-antimony that they had previously researched. Over 200 meV of its insulating gap is significant (“milli electron volts”). This is both large enough to cancel out thermal noise and tiny enough to not interfere with the band inversion topology or the spin-orbit coupling effect. In this instance, Hasan added, “we discovered a compromise between spin-orbit coupling effects and wide band gap width in our studies. “We discovered that there is a “sweet spot” where relatively high spin-orbit coupling can both increase the band gap and produce a topological twist without eroding it. It functions somewhat as a balance point for the bismuth-based compounds that we have long been researching.”

When they could see what was happening in the experiment with sub-atomic resolution using a scanning tunneling microscope, a special tool that makes use of the phenomenon known as “quantum tunneling,” where electrons are directed between the sharp metallic, single-atom tip of the microscope and the sample, the researchers knew they had succeeded in their goal. Instead of using light, the microscope employs this tunneling current to see the atomic-scale world of electrons. One of the significant characteristics that only occur in topological systems, the researchers saw a distinct quantum spin Hall edge state. To specifically identify the topological effect, extra new instrumentation was needed. For the first time, we showed that a group of bismuth-based topological materials may maintain their topology at room temperature, according to Hasan. “We have a lot of confidence in our outcome.” This discovery is the result of several years of arduous experimental work, which necessitated the incorporation of brand-new instrumentation concepts. For more than 15 years, Hasan has been a top researcher in the area of experimental quantum topological materials using cutting-edge experimental techniques. In fact, he was one of the early pioneer researchers in the area.

For instance, he and his group used unique experimental techniques between 2005 and 2007 to find topological order in a three-dimensional bismuth-antimony bulk solid, a semiconducting alloy, and related topological Dirac materials. As a result, topological magnetic materials were found. They made a new class of topological materials known as magnetic Weyl semimetals between 2014 and 2015. The scientists predict that this discovery will pave the way for a plethora of new research opportunities and quantum technology applications in the future. The study’s other co-first author, Shafayat Hossain, a postdoctoral research associate in Hasan’s group, said, “We believe this result may be the starting point of future growth in nanotechnology.” Finding the right materials and innovative equipment is one of the keys to realizing the various potential uses for topological technology that have been proposed.

Next-generation quantum technologies are one area of study where Hasan and his team think this achievement will have a special impact. This new discovery, according to the experts, will speed the creation of quantum materials that are more effective and environmentally friendly. According to Hasan, the group’s theoretical and experimental attention is currently split between two areas. First, the researchers seek to uncover what other topological materials might function at room temperature. This is essential because it will give other researchers new instrumentation techniques and tools to find materials that will function at high and ambient temperatures. Second, now that this discovery has enabled higher temperature trials, the researchers wish to continue their investigation into the quantum realm. To fully utilize the great potential of these materials, these research will necessitate the creation of yet another set of innovative instrumentations and methodologies. With our new apparatus, we can follow more minute features in macroscopic quantum states, which presents a huge possibility for further investigation of unusual and difficult quantum phenomena, according to Hasan. Who knows what we’ll find out? Hasan continued, “Our discovery represents a significant advancement in illustrating the promise of topological materials for energy-saving applications. “With this experiment, we’ve planted a seed to inspire other engineers and scientists to dream large,” says the researcher.