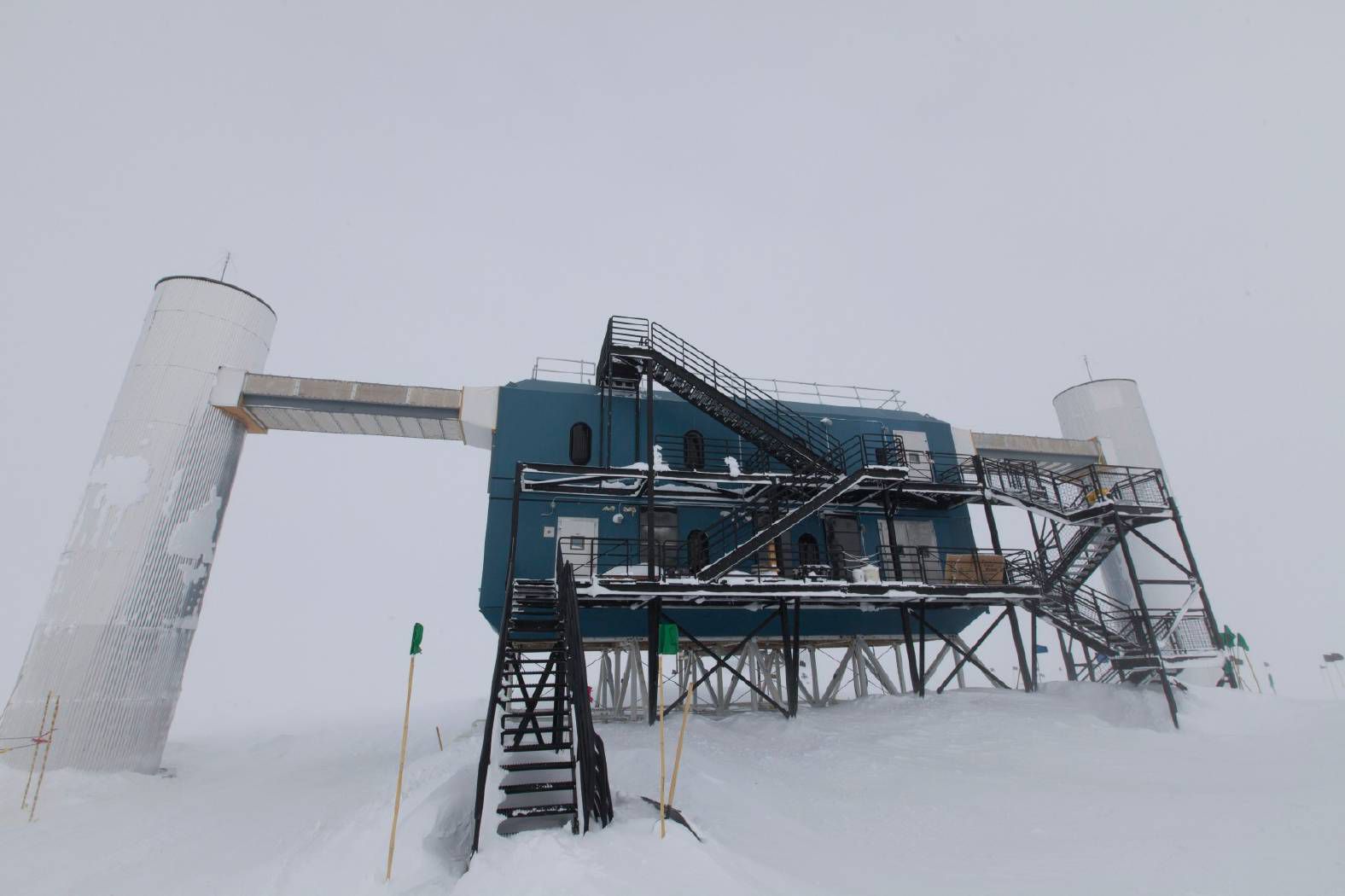 NGC 1068, often known as Messier 77, is an active galaxy in the constellation Cetus that has been one of the most well-known and extensively researched galaxies to date. An international team of researchers has discovered evidence of high-energy neutrino emission from this galaxy for the first time. This galaxy, which is 47 million light-years from Earth and was first discovered in 1780, can be seen with powerful binoculars.

The findings were presented today in an online scientific webinar attended by professionals, journalists, and scientists from all across the world. The findings will be published on November 4, 2022, in Science. The IceCube Neutrino Observatory, a gigantic neutrino telescope containing 1 billion tons of instrumented ice at depths of 1.5 to 2.5 kilometers near the South Pole, produced the discovery. 2018 saw the publication of the first detection of a high-energy astrophysical neutrino source by this singular observatory, which uses neutrinos to probe the furthest reaches of our cosmos. The source, TXS 0506+056, is a well-known blazar that is 4 billion light-years away and situated off the left shoulder of the Orion constellation.

“A source can be distinguished by one neutrino. However, only a multiple neutrino observation will be able to see the hidden core of the most intense cosmic objects “says Francis Halzen, director of IceCube and a professor of physics at the University of Wisconsin-Madison. He continues, “IceCube has collected about 80 neutrinos of teraelectronvolt energy from NGC 1068, which are clearly the next major step towards the realization of neutrino astronomy, but they are not yet enough to answer all our problems.”

Unlike light, neutrinos may escape from the universe’s most dense surroundings in vast quantities, and they can do so while mostly avoiding interference from matter and the electromagnetic fields that permeate interstellar space. Although neutrino astronomy has been envisioned by scientists for more than 60 years, it is extremely challenging to detect neutrinos due to their weak interaction with matter and radiation. Our questions regarding the operation of the most extreme objects in the cosmos may be best answered by neutrinos. According to Denise Caldwell, head of the NSF’s Physics Division, “answering these broad questions about the cosmos in which we exist is a core emphasis of the U.S. National Science Foundation.”

NGC 1068 is a barred spiral galaxy, similar to the Milky Way, our home galaxy, with loosely wrapped arms and a modest central bulge. NGC 1068, in contrast to the Milky Way, is an active galaxy where most radiation is not created by stars but rather by material falling into a black hole that is even more enormous than the quiescent black hole at the galaxy’s center. This black hole is millions of times more massive than our sun. NGC 1068 is a Seyfert II type active galaxy that is obscured in its middle region when viewed from Earth due to the galaxy’s viewing angle. The majority of the high-energy radiation produced by the dense mass of gas and particles that slowly spiral inward toward the galaxy’s core is hidden by a torus of nuclear dust in a Seyfert II galaxy.

Hans Niederhausen, a postdoctoral associate at Michigan State University and one of the paper’s major reviewers, argues that recent simulations of the black hole environments in these objects “indicate that gas, dust, and radiation should block the gamma rays that would otherwise accompany the neutrinos.” This neutrino discovery from NGC 1068’s central region will advance our knowledge of the surroundings of supermassive black holes. According to Theo Glauch, a postdoctoral associate at the Technical University of Munich (TUM) in Germany and another primary analyzer, NGC 1068 might end up being a standard candle for future neutrino observatories. “Astronomers have already spent a lot of time studying it, and neutrinos will allow us to view this galaxy very differently. A fresh perspective will undoubtedly yield fresh insights, “explains Glauch.

Ignacio Taboada, a physics professor at the Georgia Institute of Technology and the IceCube Collaboration’s spokesman, claims that these results represent a considerable advance over a prior research of NGC 1068 published in 2020. According to Taboada, “some of this improvement came from improved procedures and some from a meticulous updating of the detector calibration.” “Better neutrino directional reconstructions made it possible to precisely localize NGC 1068 and make this observation thanks to the work of the detector operations and calibrations teams. Through improved methods and improved calibrations, the IceCube Collaboration’s diligent work was able to resolve this source.” The enhanced analysis indicates to better neutrino observatories that are now being developed.

Marek Kowalski, a senior scientist at the German Electronen-Synchrotron and an IceCube collaborator, said, “It is fantastic news for the future of our science. “It implies that there will be a lot to learn with a new generation of more sensitive detectors. These extreme particle accelerators could be found in much greater numbers thanks to the IceCube-Gen2 observatory, which would also make it possible to investigate them at much higher energies. It’s as if IceCube gave us the directions to a hidden treasure.”

With the neutrino measurements of TXS 0506+056 and NGC 1068, IceCube has taken a step toward resolving the long-standing mystery of the cosmic ray’s place in the universe. These findings also suggest the possibility of a large number of undiscovered comparable objects in the universe. Neutrinos are poised to spearhead a new era of astronomical discovery, according to Elisa Resconi, a professor of physics at TUM and another main analyzer. “The revealing of the veiled universe has just began,” she says. According to Caldwell, “NSF launched an ambitious endeavor a number of years ago to deepen our understanding of the cosmos by combining established capabilities in optical and radio astronomy with new capabilities to detect and quantify phenomena like neutrinos and gravity waves.”

“This new and exciting field, which promises insights into the untapped power of massive black holes and other fundamental properties of the universe,” according to the IceCube Neutrino Observatory, is just getting started. Its discovery of a nearby galaxy as a cosmic source of neutrinos is just the beginning.