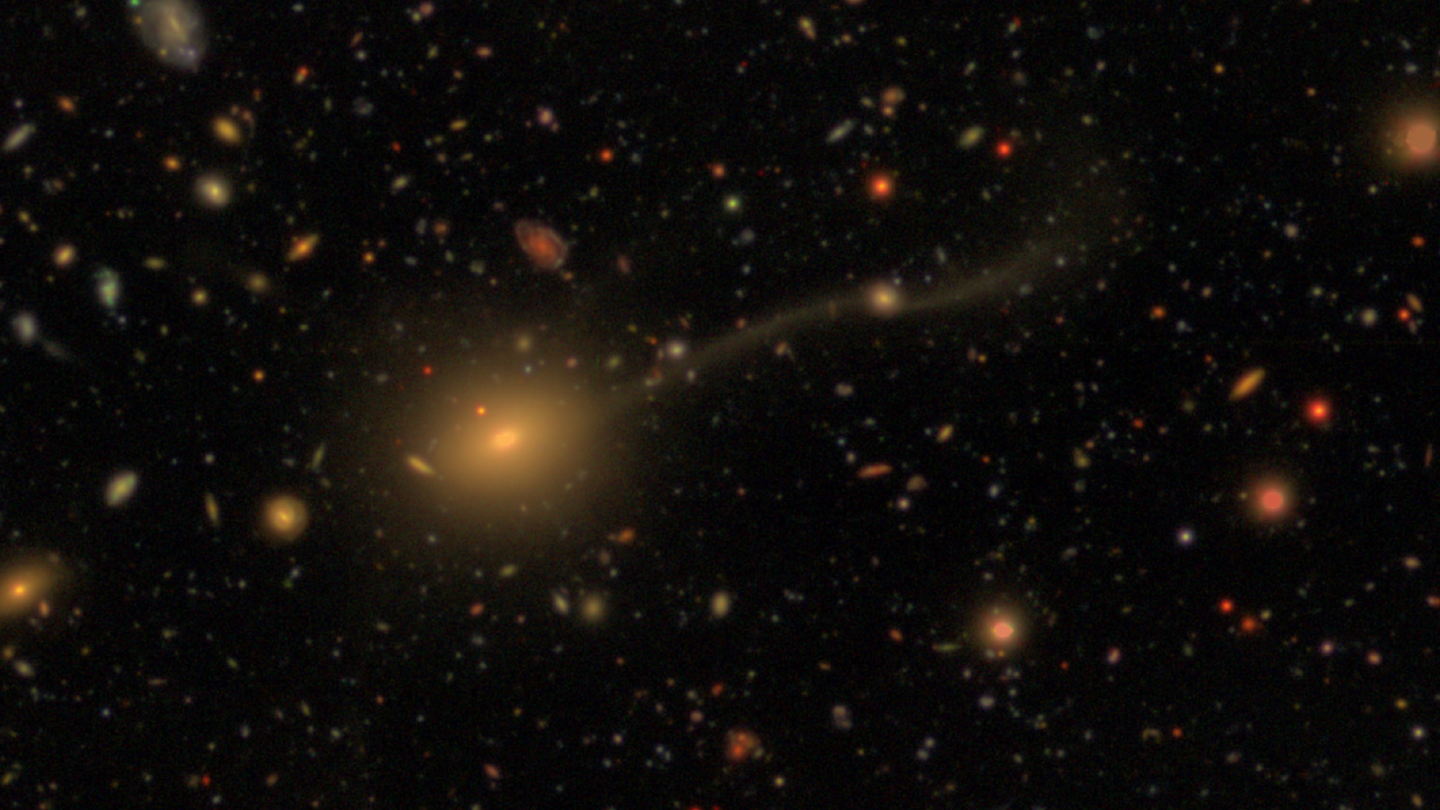 In a mysterious region of the sky known as the “zone of avoidance,” which is veiled by our own galaxy’s thick bulge, researchers have found a massive “extragalactic structure” hiding behind the Milky Way. This mysterious region of our cosmic map, which may just as well be marked “here be space dragons,” is now more evident with the discovery of the structure, which appears to be a sizable galaxy cluster. Our galaxy, the Milky Way, is made up of star material that is dispersed along a thin plane that revolves around a center bulge that houses a supermassive black hole. Stars, dust, and gas abound in the galactic plane and bulge, obstructing our view of what lies beyond. The zone of avoidance (ZoA), which covers between 10% and 20% of the sky, has been partially penetrated by scientists using various wavelengths, but the majority of this region is still hidden from view.

In a study published this week on the preprint server arxiv, a group led by astronomer Daniela Galdeano of Argentina’s National University of San Juan reports the discovery of “a new galaxy cluster, VVVGCl-B J181435-381432, behind the Milky Way bulge,” which helps to complete “the picture of the large-scale structure in this still little explored area of the sky.” Galdeano wrote in an email to Motherboard, “This finding is really satisfactory for us. “The ZoA lacked information for many years, but with new studies we could cover a small portion of the sky, and in the near future a broader region with data,” said the researcher. Dante Minniti, director of the Institute of Astrophysics at Andrés Bello National University in Chile and a co-author of the study, said in a separate email to Motherboard that although it is extremely difficult to find galaxies behind the galactic plane due to the high density of stars and also the obscuration by dust along the line of sight, this appeared to be one of the most prominent candidates. We had our suspicions about the existence of structure, he continued, but since this area had previously been “blind,” the discovery of a new galaxy cluster was a welcome confirmation.

See also  Is Dark Matter Ushering in a New Era of Physics?

The VVV Survey, a project that examines the Milky Way bulge at infrared wavelengths using the European Southern Observatory’s Visible and Infrared Survey Telescope for Astronomy (VISTA) in Paranal, Chile, allowed Galdeano and her colleagues to locate this cluster within the ZoA. Longer wavelengths of light, such as those in the infrared band, are able to pass through the Milky Way’s haze and reach telescopes on Earth, whereas the galactic plane effectively shuts out practically all visible light in the zone. A 2021 investigation also conducted by Galdeano found that the team had previously examined a “overdensity zone” in the ZOA that showed the presence of “new extragalactic sources that have not been detected by other catalogs.” The researchers used the Gemini South telescope in Chile’s near-infrared FLAMINGOS-2 instrument to focus on the intriguing region and identify measurements known as “redshifts” that may be used to determine the distance and velocities of its objects in space. Five galaxies located three billion light years away were the subject of new information revealed by the findings, which the researchers believe are a component of a much larger cluster. In 2017, when I first began using VVV data, Galdeano noted, “we found an excess of galaxies in a particular region of the sky.” We had the suspicion that these galaxies belonged to the same structure for years. We were unable to verify these conclusions since they were dependent on photometric approaches.

In order to validate or disprove our findings, she continued, “we sought follow-up telescope time to get the spectra of the brightest galaxies in these overdensity locations. We am delighted and proud of these findings because we were fortunately able to corroborate our conclusions. It will require additional observations to determine the cluster’s mass and composition, but the team’s estimate that it comprises roughly 58 galaxies is conservative. It appears to be fairly large, but Minniti said it was still hard to gauge how vast it was. “To estimate the mass of this cluster, we need more spectroscopic redshifts.” The finding of this cluster provides an intriguing window into the Milky Way’s interior, and researchers will need to keep removing this curtain to fully comprehend our location in the universe. For instance, the so-called Great Attractor, an unknown gravitational anomaly that is pulling galaxies and clusters toward it, is present in the ZoA in addition to hidden galaxy clusters. The only way to understand the nature of this massive attractor is through additional observations and investigation. Minniti said that he and his colleagues “are prepared to be shocked” despite the fact that it’s unknown whether we will ever be able to determine what is in this eclipsed zone. The conclusion of Galdeano was, “There are some locations that contain a lot of dust and stars, so the absorption [of light] is really high, and this is a very difficult challenge.” Nevertheless, we put a lot of effort into exploring these enigmatic areas in the hopes that we would soon have a plan and learn some intriguing information.