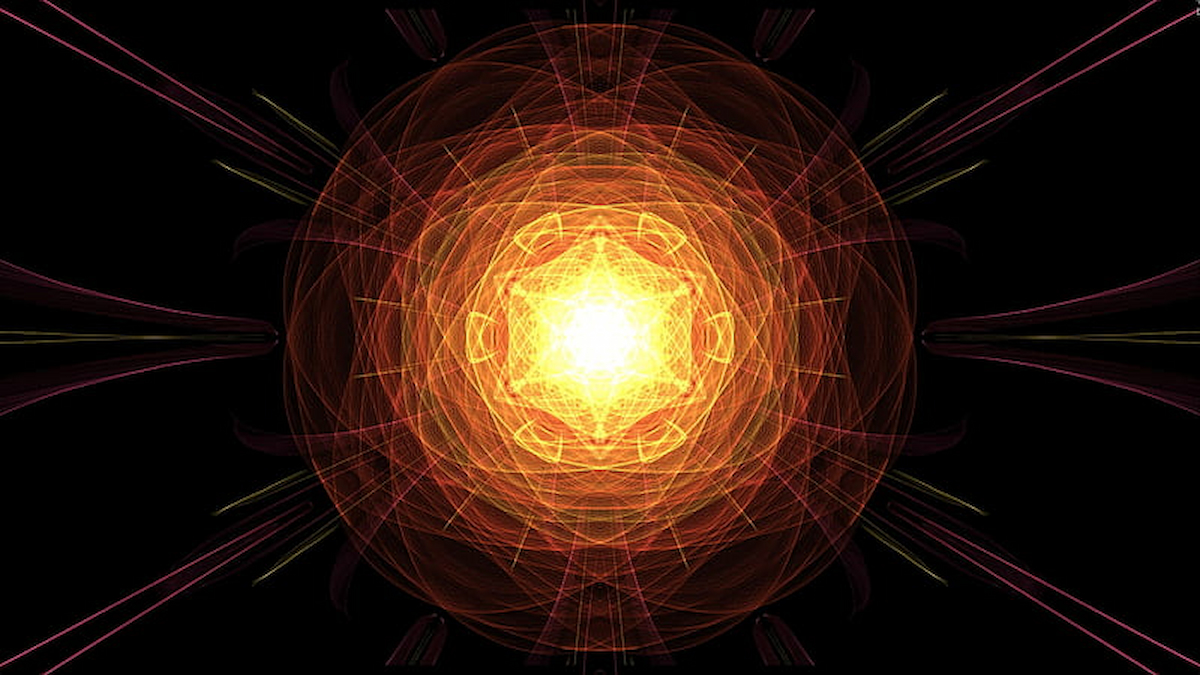 Elemental Accounting of the Interior of the Sun

The Sun’s core hydrogen fusion events release a large amount of solar neutrinos. They are therefore concrete proof that nuclear processes power the Sun. The density and temperature of the solar interior have been determined from measurements of solar neutrinos, but the chemical composition of the sun is still unknown. The so-called CNO hydrogen burning cycle in the Sun is now the subject of a new measurement of the neutrino flux, according to the Borexino Collaboration. The neutrinos produced by this cycle, which depends on the presence of carbon (C), nitrogen (N), and oxygen (O), have a tremendous diagnostic power in relation to the characteristics of the solar interior. By measuring these neutrinos, the partnership offers a priceless nugget of knowledge about the Sun’s elemental composition, moving us one step closer to settling a dispute that has dogged solar physics for more than 20 years.

About 90% of the time that stars exist, they fuse hydrogen into helium, creating two neutrinos in the process. The two primary mechanisms by which star fusion takes place are the CNO cycle and the pp chain, also known as the proton–proton chain. The core temperature of a star, which is mostly influenced by the star’s mass, determines whether it is dominated by the pp chain or the CNO cycle. The CNO cycle is the primary source of energy for more massive stars; the pp chain produces practically all of the nuclear energy in the Sun and other low-mass stars. The pp chain is a series of nuclear events that only use hydrogen as fuel and no other nuclei. The CNO cycle, in contrast, uses the presence of C, N, and O nuclei as catalysts to produce helium. This catalytic process introduces a linear relationship between the flux of CNO neutrinos and the amounts of C, N, and O in the Sun. As a result, CNO neutrinos are an effective instrument for examining the Sun’s core’s chemical makeup.

Since the abundances of various elements in the Sun serve as a “chemical ruler” for calculating the elemental abundances in other stars and gas clouds, understanding the Sun’s chemical makeup is crucial not only for solar physics but for all of astronomy. The solar abundances, however, have been the subject of ongoing debate. The primary method for determining the chemical makeup of the Sun is by looking for absorption lines in its spectrum. Key elements like C, N, and O were present in very high concentrations in early spectroscopic investigations, but in the early 2000s, cutting-edge techniques started to measure abundances that were 30 to 40% lower than the initial estimations. The predictions made using these lower abundance values as inputs for the standard solar model (SSM), the physical model used to determine the structure and development of the Sun, are in sharp contrast to observations of the Sun’s internal structure made using helioseismology. However, the SSM projections from the older solar abundances, which are based on imprecise and out-of-date modeling, are astonishingly consistent with the helioseismology data.

There hasn’t been a satisfying resolution to this 20-year-old dilemma, known as the solar abundance problem. Recent spectroscopic data appear to be heading in the direction of improved agreement with helioseismology findings. However, the field of solar physics has long searched for an impartial method to gauge the Sun’s chemical richness. Neutrinos and the most recent data from the Borexino experiment play a role in this. The Borexino Collaboration measures the solar neutrino flux’s energy spectrum down to very low energies (roughly 100 keV) and distinguishes the individual contributions originating from various nuclear reactions in the Sun’s core. The collaboration is based deep underground in Italy’s Gran Sasso National Laboratory. The team predicted 4.8 counts per day of CNO neutrinos in the detector’s volume of 71.3 tons based on its analysis of data from the experiment’s final phase III (January 2017 to October 2021). The group originally announced the discovery of CNO neutrinos in 2020, but since then, it has significantly decreased measurement errors, enabling the scientists to draw conclusions regarding solar abundances.

By including observations of a different neutrino flux—that from boron-8 decay, which has a large temperature dependence—the CNO flux measurement can be transformed into a measurement of C plus N abundances. This flux was used by the collaboration to accurately constrain the Sun’s core temperature to within roughly 0.1%. The scientists used this temperature to calculate the relationship between the CNO flux and the amounts of C, N, and O, arriving at the first-ever measurement of chemical abundances in the core of the Sun. This methodology, which solely relies on neutrino measurements, provides a fully independent assessment of the solar composition against which both recent and historical spectroscopic conclusions can be compared. The findings clearly support high C, N, and O abundances for the Sun, which is in contrast to estimates from recent, cutting-edge spectroscopic research (with the exception of E. Magg et al). The difference between the abundances obtained by spectroscopic research on the Sun’s surface and the core abundances calculated by Borexino may indicate that the Sun’s chemical makeup varies with depth.

Such an uneven distribution of elements could be explained, for instance, by the Sun having evolved in an inhomogeneous environment or by the accretion of planetary material enriching the Sun’s outer layers with certain elements. More accurate CNO-neutrino measurements are needed in order to test these possibilities. There is presently no experiment that can detect solar neutrinos at low enough energies because Borexino was unfortunately shut down in 2021. The observations of the CNO flux and other solar neutrino signals made by Borexino, however, represent a significant legacy for subsequent neutrino studies. Technology advancements made by the Borexino team, notably in the field of radioactive purification, have been and continue to be very helpful for other studies, including the Canadian SNO+ neutrino experiment. The partnership also created data-analysis methods for background subtraction that will undoubtedly be used in neutrino research and dark matter searches in the future. Although there are currently no plans for a specialized solar neutrino experiment, if one were to be developed using the know-how gained by Borexino, it would have a promising future and would offer priceless knowledge about the Sun.