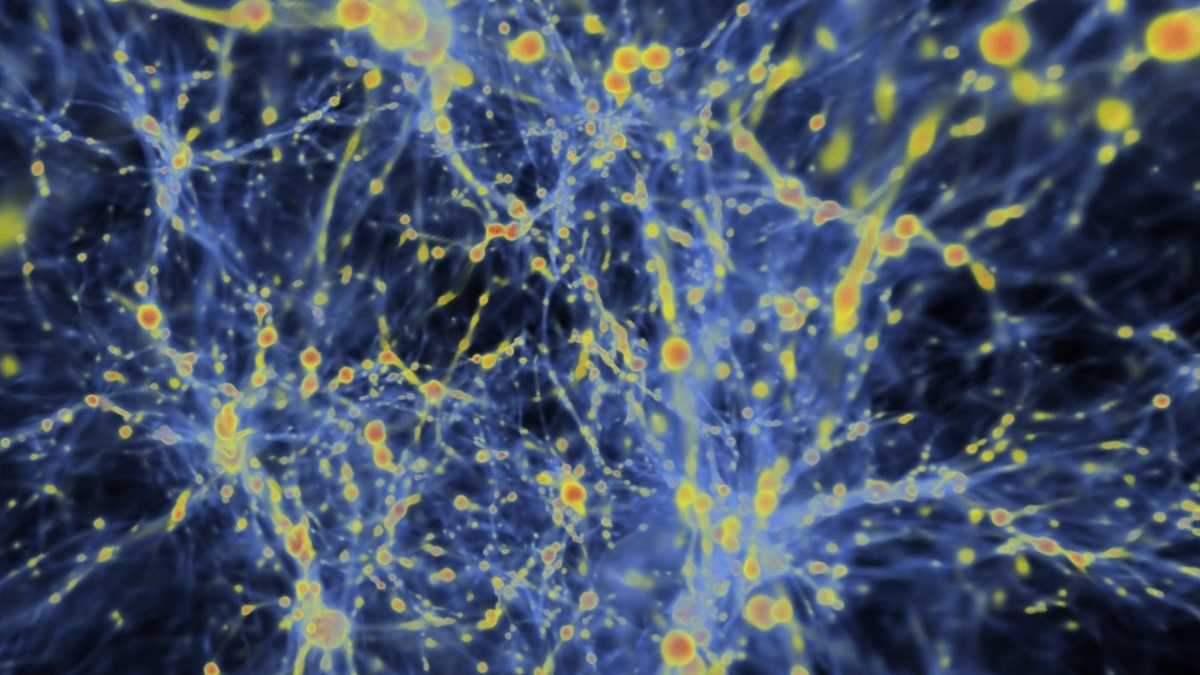 Unraveling the mysteries of cosmic matter

The cosmos was populated with equal numbers of matter and “antimatter” – particles that are matter counterparts but have opposite charge — early in its history, right after the Big Bang. The universe then cooled as space expanded. Today’s universe is filled with matter-based galaxies and stars. How did matter come to rule the universe, and where did antimatter go? Scientists are still perplexed by the cosmic genesis of matter.

By invoking the “cosmological collider,” physicists at the University of California, Riverside, and Tsinghua University in China have now created a new method for studying the cosmic origin of matter. High energy colliders, such as the Large Hadron Collider, have been designed to generate extremely heavy subatomic elementary particles that could disclose new physics. However, certain novel physics, such as those explaining dark matter and the genesis of matter, can entail far heavier particles, necessitating far more energy than a human-made collider can deliver. It turns out that the early universe could have served as a super-collider.

Yanou Cui, an associate professor of physics and astronomy at UCR, stated that cosmic inflation, a period when the universe expanded at an exponentially accelerating pace, is commonly thought to have preceded the Big Bang.

“Cosmic inflation created a highly energetic environment that allowed for the generation of heavy new particles as well as their interactions,” Cui explained. “The inflationary universe operated just like a cosmic collider, but the energy was up to ten billion times greater than any human-made collider.”

According to Cui, when the cosmos expanded, microscopic structures formed by intense events during inflation were stretched, resulting in zones of varied density in an otherwise homogenous universe. These microscopic patterns then seeded the large-scale structure of our universe, which is seen today as the spread of galaxies throughout the sky. Cui noted that analyzing the imprint of the cosmological collider in today’s cosmos’ contents, such as galaxies and the cosmic microwave background, may disclose novel subatomic particle physics.

Cui and Zhong-Zhi Xianyu, an assistant professor of physics at Tsinghua University, report in the journal Physical Review Letters that the mystery of the cosmic origin of matter may be solved by applying the physics of the cosmological collider and using precision data for measuring the structure of our universe from upcoming experiments such as SPHEREx and 21 cm line tomography.

“One of the most intriguing, long-standing riddles in modern physics is that our current universe is dominated by matter,” Cui added. “To obtain today’s matter dominance, a minor imbalance or asymmetry between matter and antimatter in the early cosmos is required, but cannot be realized within the known framework of fundamental physics.”

Cui and Xianyu propose testing leptogenesis, a well-known mechanism that explains the origin of baryon asymmetry in our universe (visible gas and stars). If the cosmos had started with equal amounts of matter and antimatter, they would have annihilated into photon radiation, leaving nothing behind. Asymmetry is essential to explain the imbalance because matter significantly outnumbers antimatter now.

“One of the most intriguing ways causing matter-antimatter asymmetry is leptogenesis,” Cui stated. “A new fundamental particle, the right-handed neutrino, is involved.” However, it was long considered that proving leptogenesis was nearly difficult because the mass of the right-handed neutrino is often many orders of magnitudes beyond the reach of the Large Hadron Collider, the highest energy collider yet built.”

The current study offers to evaluate leptogenesis by decoding the detailed statistical features of the spatial distribution of objects in the observed cosmic structure, which is similar to the microscopic physics during cosmic inflation. According to the researchers, the cosmological collider effect facilitates the synthesis of the super-heavy right-handed neutrino during the inflationary epoch.

“Specifically, we show that essential conditions for the generation of asymmetry, such as the interactions and masses of the key player here, the right-handed neutrino, can leave distinct fingerprints in the statistics of the spatial distribution of galaxies or cosmic microwave background and can be precisely measured,” Cui said. “Astrophysical observations expected in the future years may identify such signals and shed light on the cosmic origin of substance.”