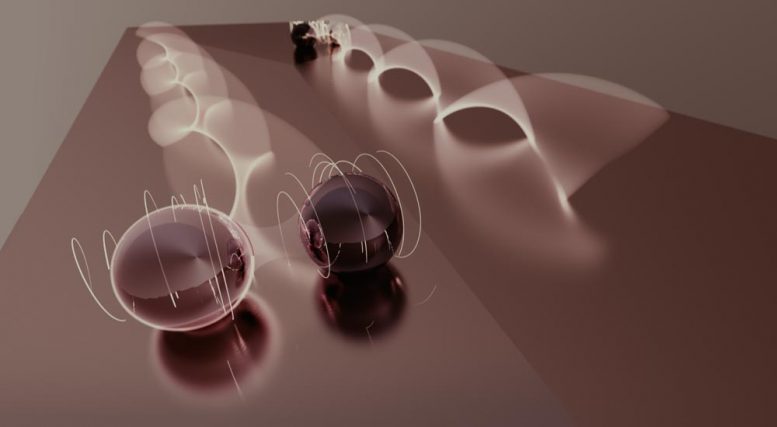 Around the world, researchers are looking for exotic ‘Majorana’ particles that could help solve a major antimatter mystery

Ettore Majorana, an Italian physicist, famously vanished without a trace in 1938. Neutrinos, one of his favorite elementary particles, may be capable of performing a similar disappearing act. Several new or upgraded experimental studies around the world are racing to demonstrate that a very rare type of nuclear decay that usually produces two neutrinos may occasionally yield none.

Although these experiments have received less funding and attention than efforts to detect dark matter, their impact on physics may be just as significant. The disappearance of particles suggests that neutrinos and antineutrinos, their antimatter counterparts, are one and the same, a theory proposed by Majorana1 in the 1930s.

These so-called “Majorana neutrinos” may hold the key to understanding why the Universe appears to be devoid of antimatter (see “Questions that could be answered if neutrinos are Majorana particles”). Furthermore, they would show that neutrinos, unlike all other known matter particles such as electrons and quarks, do not get their mass from the Higgs boson.

According to Michelle Dolinski, an experimental physicist at Drexel University in Philadelphia, Pennsylvania, physicists have been looking for the disappearance of neutrinos for decades, but the search is now ramping up dramatically, meaning they “have a really good shot” at detecting it with the next generation of devices.

Experiments now online or in the works in Japan, South Korea, Italy, Canada, and the United States are an order of magnitude more sensitive than the previous generation, and future detectors are expected to improve by another two orders of magnitude (see ‘Experiments around the world’). A US Department of Energy advisory committee identified such a project as a priority in 2015, and a commitment to fund an experiment to detect Majorana neutrinos — estimated to cost around $250 million — is expected soon.

There has been a long wait

When a proton in an unstable atomic nucleus decays into a neutron, or vice versa, neutrinos or antineutrinos are produced. This process, known as -decay, also produces an electron or its antiparticle, which are referred to as -particles collectively.

In 1935, Nobel Laureate Maria Goeppert-Mayer predicted2 that certain atomic nuclei can decay by simultaneously switching two of their neutrons into protons (or vice versa), resulting in the emission of two -particles. Two neutrinos or antineutrinos should be produced by this ‘double-decay.’ The calculations of Goeppert-Mayer were found to be correct, but this type of decay is extremely rare: one case3, the transmutation of tellurium-128 to xenon-128, has the longest known half-life of any nuclear reaction, at over 1024 years, or one million billion billion years.

Wendell Furry, a physicist, pointed out4 four years after Goeppert-paper Mayer’s that if Majorana was correct and neutrinos were their own antiparticles, the two neutrinos emitted by a doubly decaying nucleus should occasionally annihilate each other, resulting in the nucleus emitting only electrons.

Experiments looking for Majorana neutrinos are attempting to detect this neutrinoless double-decay. This is deceptively simple in concept: take a piece of material that might undergo the process and observe it for as long as you can to see if it emits two electrons carrying a specific amount of energy.

However, if neutrinoless radioactivity exists, it would be the slowest form of nuclear decay known, occurring at least two orders of magnitude less frequently than ordinary double-decay. The best result so far comes from the Germanium Detector Array (GERDA) at the Gran Sasso National Laboratories underground in central Italy, which discovered5 that one candidate for the process, germanium-76, must have a half-life of more than 1.8 1026 years. That’s roughly 10 quadrillion times the Universe’s age.

When experiments on rare radioactive decays get more powerful or collect more data, one of two things usually happens: either they finally see the reaction they’re looking for, or they raise the threshold for how long its half-life has to be. As a result, the ability to limit the half-life gives an indication of an experiment’s sensitivity.

Experiments that are currently underway or in the planning stages aim to be 100 times more effective than GERDA, bringing the half-life limit to at least 1028 years.