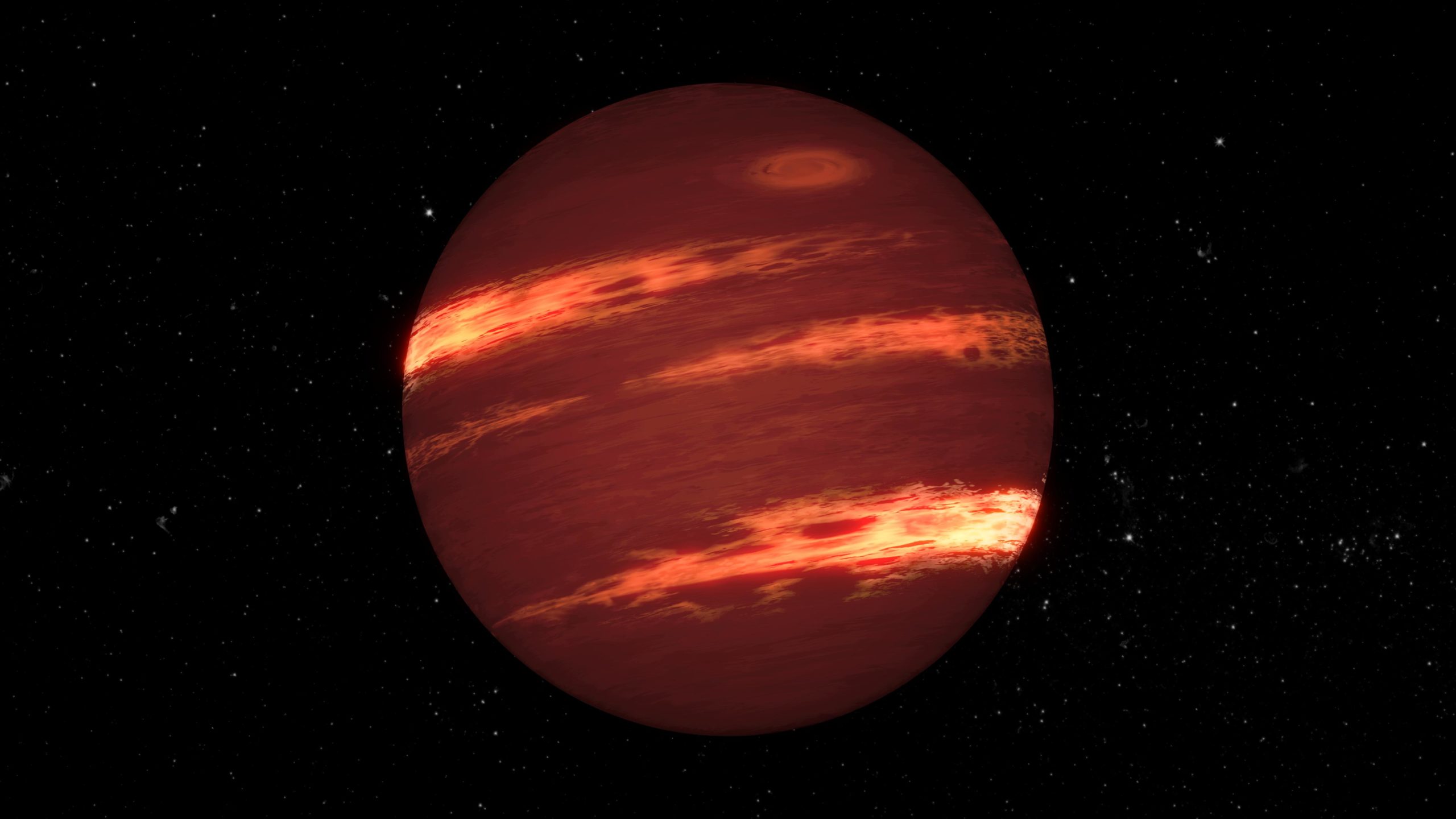 Sand clouds may collect, develop, and dissipate in some alien atmospheres. Clouds composed of heated silicate minerals are prevalent in brown dwarfs, according to a reexamination of previously collected data.

According to astronomer Stanimir Metchev of the University of Western Ontario in London, Canada, “this is the first thorough contextual knowledge of any cloud beyond the solar system.” The new work was presented by Genaro Suárez, a colleague of Metchev’s, on July 4 at the Cool Stars meeting in Toulouse, France.

In our solar system, clouds come in a variety of flavors, from Earth’s puffs of water vapor to Jupiter’s bands of ammonia. Astronomers have also deduced that planets outside the solar system possess “extrasolar clouds.”

However, the only extrasolar clouds directly observed were in the sky of brown dwarfs, which are dark, reddish orbs that are too huge to be planets but too tiny and cold to be stars. In 2004, scientists using NASA’s Spitzer Space Telescope observed brown dwarfs and detected spectral signs of sand, especially granules of silicate minerals like quartz and olivine. In 2006 and 2008, a few additional tentative cases of sand clouds were seen.

Floating in one of these clouds would feel like being in a sandstorm, according to Mark Marley, a planetary scientist at the University of Arizona in Tucson who contributed to one of these early discoveries. If you were able to scoop it up and transport it home, you would have hot sand.

At the time, astronomers discovered six instances of these silicate clouds. “I assumed that was the end,” Marley explains. There should be far more than six brown dwarfs with sandy skies, according to theory. In 2009, however, a portion of the Spitzer telescope ran out of coolant and could no longer detect the chemistry of comparable clouds.

Suárez discovered unpublished or unanalyzed data on hundreds of brown dwarfs while examining old Spitzer data for separate research. Accordingly, he assessed all 113 low-mass stars and brown dwarfs discovered by Spitzer, of which 68 had never been published before and were reported by the team in the July edition of the Monthly Notices of the Royal Astronomical Society.

“I find it quite amazing that something was lurking in plain sight,” adds Marley.

Not every brown dwarf in the sample displayed pronounced silicate cloud characteristics. But collectively, the brown dwarfs followed a distinct pattern. If a star’s surface temperature is higher than about 1700 ° C, silicates exist only as a vapor, and no clouds may be seen in the sky surrounding the star. But below that temperature, clouds begin to form and become densest at 1300 degrees Celsius. As clouds fall deeper into the atmospheres of brown dwarfs with temperatures below around 1000 C, the signal vanishes.

The discovery validates prior assumptions about the prevalence of silicate clouds and indicates the conditions under which they arise. The majority of brown dwarfs should experience each step of sand cloud development as they mature due to their hot birth and gradual cooling. Suárez states, “We are discovering how these brown dwarfs survive.” He says that future study might generalize the data to better comprehend the atmospheres of planets like Jupiter.

In addition to studying the atmospheric chemistry of exoplanets and brown dwarfs, the recently launched James Webb Space Telescope will particularly seek for clouds. Marley is excited to combine the findings of this investigation with future JWST findings. “There will be a true revival in brown dwarf science,” he asserts.