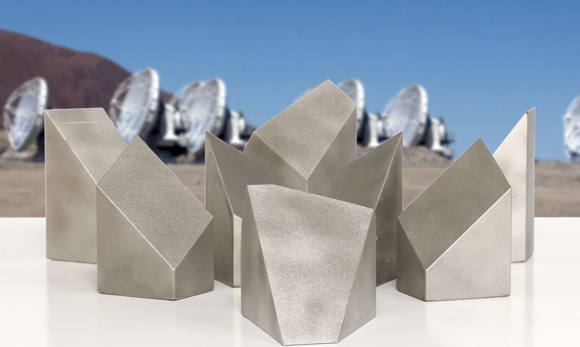 These telescopes’ mirrors must retain a high level of dimensional precision in order to perform properly, even when temperatures change. Rosswag chose Invar 36®, an iron-nickel alloy known for its low thermal expansion and well-suited for demanding measurement equipment like these sensitive and high-precision telescope systems, to accomplish this.

“The [PBF-LB] method is inexpensive and competitive compared to, for example, welding or milling for these Invar 36 components since we have a large number of variations and a low number of parts per variant,” said Michael Solbach, Mechanical Design at CPI Vertex Antennentechnik. “In addition, geometries may be generated that would be impossible or prohibitively expensive to achieve using traditional production procedures.”

In the Milky Way, the Magellanic Clouds, and other neighboring galaxies, the Fred Young Submillimeter Telescope explores the turbulent interstellar medium. It gathers data to set new limitations on dark energy and the sum of neutrino masses, among other things.