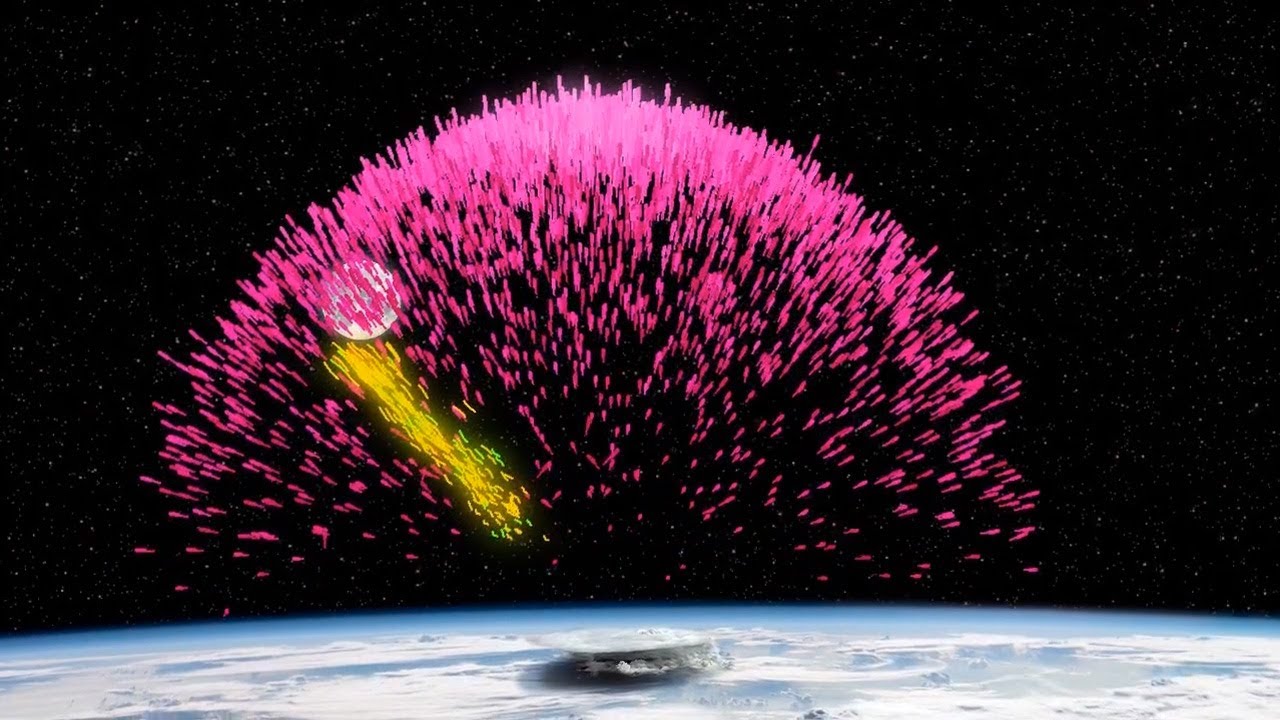 During a lightning storm, brilliant bursts of gamma radiation can also explode. These flashes of gamma radiation are known as dark lightning or terrestrial gamma-ray flashes. At the meeting of the American Geophysical Union on December 13, researchers reported that on extremely rare occasions, one of these tremendous blasts — which produce the most energetic radiation that can naturally develop on Earth — could even strike a passing airplane. A brief exposure to potentially dangerous levels of radiation could result from the zap.

Dark lightning was discovered for the first time in 1994, and it is estimated that it occurs around the world around one thousand times every day. However, the scientific community only has a foggy knowledge of how it first begins. The electromagnetic fields created by thunderstorms and lightning bolts are thought to be the most likely source of the phenomenon known as “dark lightning.” These fields have the ability to accelerate electrons to speeds that are close to the speed of light, which can result in the accumulation of rapid electron avalanches. Gamma radiation is produced whenever the moving particles collide with the atoms that are floating through the air.

Lightning in the dark happens frequently at altitudes between 10 and 15 kilometers, which are both common flying heights for aircraft. The new study, which Mélody Pallu, an atmospheric scientist, presented at the symposium, combines observations of dark lightning with aviation routes. The results of this analysis show that dark lightning may strike near an airplane around once every one to four years. However, she added that it is probably “an upper limit of the true chance” or perhaps ten times higher than the actual rate. This is mostly due to the fact that the calculations did not take into account the fact that pilots try to steer clear of thunderstorms.

According to Pallu, who is now working at the Astroparticle and Cosmology Laboratory in Paris, previous computer simulations have shown that passengers on airplanes flying within 200 meters of the initiation point of a powerful terrestrial gamma-ray flash may become exposed to radiation doses that are higher than 0.3 sieverts. The International Commission on Radiological Protection has established a threshold for occupational safety at 0.02 sieverts per year; levels of this magnitude would exceed this threshold. Although the conclusions are not entirely apparent, one thing has become abundantly clear: additional research is required to determine how the effects of dark lightning on passengers traveling through the skies.