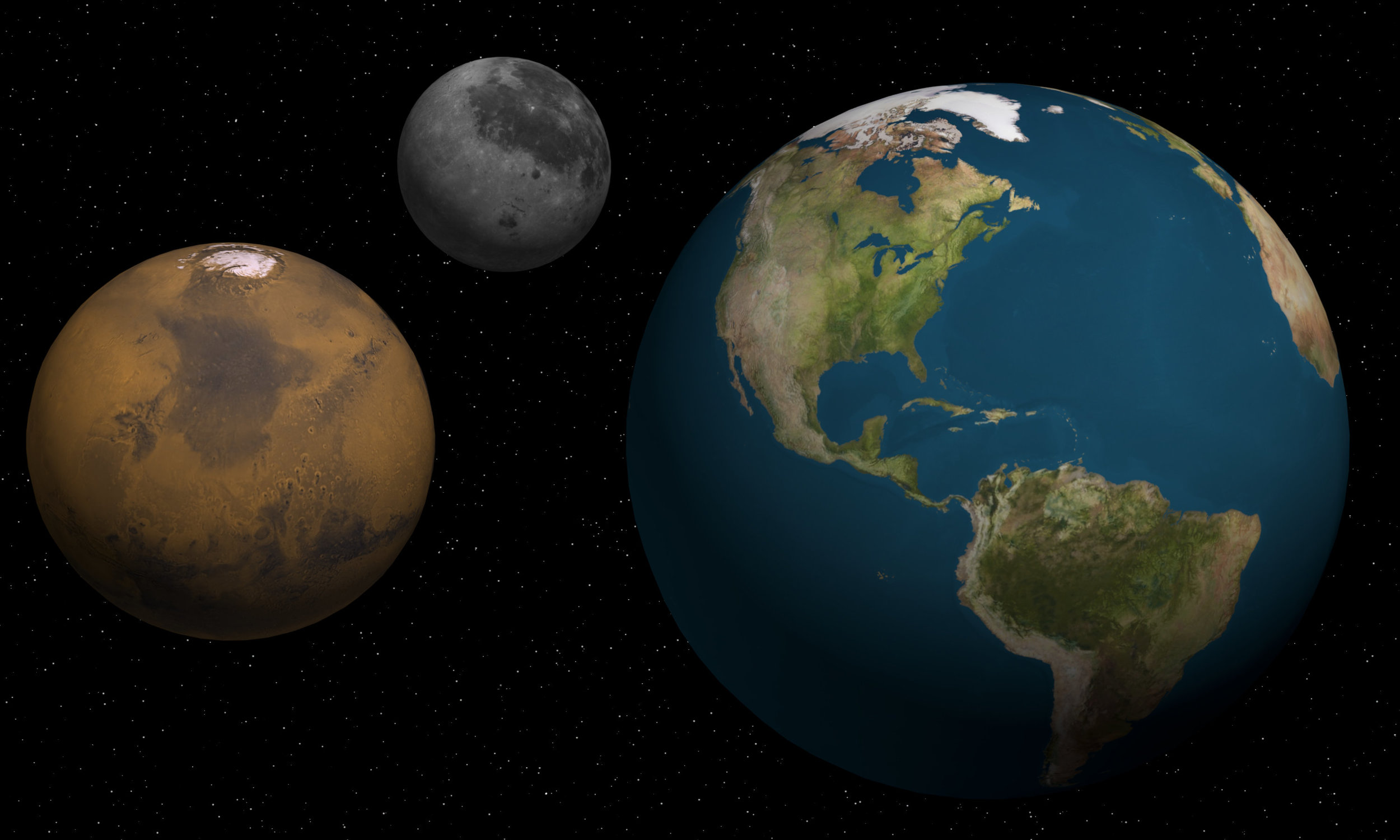 It goes without saying that humans living on Mars, the Moon, or any other distant planet for extended periods of time would have to be completely self-sufficient. This necessitates that they have the means to produce their own food, fuel, and air on-site. It all begins with a home, however, and constructing a permanent settlement so far from Earth is perhaps the most difficult task of all.

Even with unlimited funds, the available space for a payload on any rocket is limited. It goes without saying that construction materials cannot be transported to Mars or even the Moon. Nonetheless, geologists and chemists at the University of Delaware have a brilliant idea: utilize the natural resources that are already present at the destination. This may seem like a simple task, but transforming Martian soil into a reliable and functional building material is anything but simple.

A major requirement for any extraterrestrial settlement is its durability and tenacity. This is an ideal application for concrete, but the recipe calls for cement, which cannot be transported through space. To solve this issue, researchers at the University of Delaware led by professor Norman Wagner turned to geopolymer chemistry. Geopolymers are inorganic polymers composed of aluminosilicate minerals that solidify into ceramic-like substances at temperatures close to ambient. On Earth, they are commonly found in clays almost everywhere on the planet.

When these geopolymers are combined with an alkaloid solvent, such as sodium silicate, the clay is dissolved, allowing aluminum and silicon to react with other substances to form new materials, including cement. These common clays are also present in the soils of Mars and the Moon, but “this is no small matter,” Wagner said. “You can’t just give me any old clay and expect it to work. There are metrics and chemistry that you must consider.”

The liquid mixture was then poured into cube-shaped molds for the new study. After one week, the material from each cube-shaped mold was removed, measured, and weighed before their load-bearing capacity was determined. In addition, the materials were subjected to various environmental conditions they would encounter in space, such as vacuum and extreme temperatures.

“When a rocket takes off, there is a great deal of weight pressing down on the landing pad, and the concrete must hold, so the compressive strength of the material becomes an important metric,” Wagner explained. At least on Earth, it was possible to create materials with the necessary compressive strength in small cubes.

One Martian regolith simulant and three lunar regolith simulants were successfully converted to geopolymer binders, according to the findings of the researchers. The tests revealed that the geopolymer cement formed under vacuum had a low compressive strength. At temperatures below -80 degrees Celsius, the geopolymer underwent no chemical reaction whatsoever. This indicates that astronauts would need to cast these materials in a pressurized environment and heat the geopolymer.

Maintaining a viable colony requires a thorough understanding of the factors influencing the strength of materials sourced from other planets. For this reason, the researchers intend to improve their recipe while emphasizing the significance of a more in-depth exploration of the topsoil materials on Mars and the Moon, as every piece of information is vital.

There are numerous potential pitfalls, but the plan itself seems sound. Instead of sending bags of cement to Mars, which would be both foolish and pointless, astronauts could simply bring solvents. The quantity required to construct a sizable settlement could easily fit within the payload capacity of a Mars-bound rocket.

And if all else fails, we have the opportunity to create better concrete on Earth. Geopolymers are produced with less water than conventional cement because the water is not consumed during the reaction. This means it is recoverable and reusable. Researchers at the University of Delaware are constructing 3D-printed homes with geopolymer cement, which they intend to activate using microwave technology.