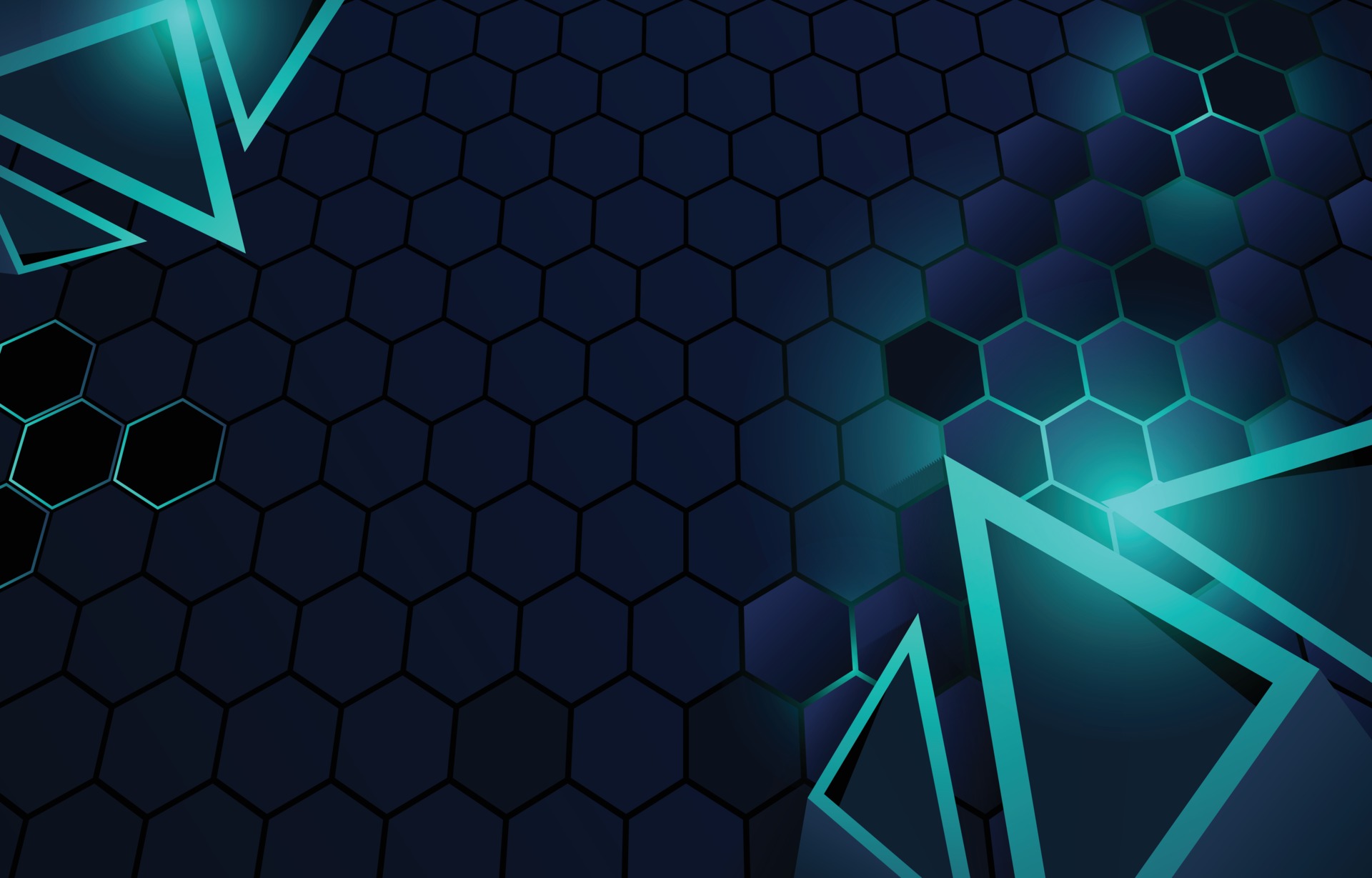 Since Takaaki Kajita and Arthur B. McDonald, the heads of two experimental groups exploring neutrino properties (Super-Kamiokande and SNO), were given the 2015 Nobel Prize in Physics, there has been an increase in research into neutrino particles and their potential interactions with matter. The work of these scientists proved conclusively that the three known species of neutrinos today can oscillate, spontaneously transforming on the fly into each other. The neutrinos of a particular species can be born in reactions with elementary particles, and the neutrinos of a particular mass can propagate through space. It is the proof of the existence of mass, and hence energy, that is the key argument for the theoretical possibility of converting neutrinos’ kinetic energy into electric current. This made it easier to understand the findings of experimental work carried out by the science and technology company Neutrino Energy Group to create a nanomaterial that could transform the energy of surrounding radiation fields into electric current.

The technology, called Neutrinovoltaic, which bears a close resemblance to Photovoltaic but is devoid of its critical shortcomings, has been developed by an international team of scientists led by German scientist, mathematician Holger Thorsten Schubart. For years it was believed that neutrinos do not interact with matter, so even scientists specialising in this research area found it difficult to give an unequivocal answer as to the applicability of the new findings. Lack of unanimity in scientific community about the role of neutrinos and absence of evidence of interaction of neutrinos with substances made it difficult for the developers of Neutrinovoltaic technology to defend with arguments the proposed method of getting electricity from ambient fields of invisible spectrum radiation. How the situation has changed over the past 8 years since the awarding of the Nobel Prize in Physics tells the project manager, president of Neutrino Energy Group Holger Thorsten Schubart.

How does neutrinovoltaic technology advance as a result of this knowledge of neutrinos?

Schubart: When we started talking about Neutrinovoltaic technology at various conferences in 2014, the scientific world and business structures unfortunately did not accept our concept of creating a fundamentally new electric current technology that would put intense neutrino flux at the service of humans in practice. Every one of our presentations was met with accusations and arguments that neutrino particles lack mass and do not interact with matter, as well as threats and rebukes – “don’t be pseudo-science.” And we had to listen to such comments even from very reputable scientists. The experimental findings we submitted about the performance of the technique were not approved.

But now we are seeing striking results from your company. We are reading about contracts to build plants in a number of countries, and the start of the first power source plant in Switzerland in late 2023 or early 2024. It is unlikely that this would have happened if the scientific community continued to deny the operability of Neutrinovoltaic technology.

Schubart: You’re right, the scientific community is slowly accepting our argument that the radiation fields around us could be a source of limitless electricity. But any experimental results require scientific justification. Without the creation of a theoretical model, providing experimental data alone is quite insufficient for widespread acceptance. And it is the experimental results and the theoretical justification that create a holistic and clear picture for investors. The investor needs to understand what they are investing in and how they will make a profit. It should be noted, however, that prior to attracting investment capital, the development of the project was financed from its own resources.

Information about the 2015 Nobel Prize in Physics for proving that neutrinos have mass helped us a lot. According to the laws of physics, if there is mass, there is energy. Given that the flux of cosmic neutrinos is 60 billion particles crossing 1cm2 of the Earth’s surface per second, all the air is literally “filled” with energy. The fact that the prize has been awarded has reduced the number of our opponents by at least half. But I would like to emphasize that it would be a profound mistake to claim that the multilayered nanomaterial we created from alternating layers of graphene and doped silicon converts into electricity only the kinetic energy of neutrino particles with mass.

Can you tell us about the mechanism by which the energy of ambient radiation fields is converted into electric current?

Schubart: The transformation mechanism involves the creation of vibrations in the atoms of graphene, which has a hexagonal crystal lattice. In graphene, a wave, like waves on the surface of the sea, arises from a combination of small spontaneous motions and leads to larger spontaneous motions. The displacement of one atom, added to the thermal displacement of other atoms, produces surface waves with horizontal polarisation, known in acoustics as “Lyav waves”. Due to the peculiarities of the crystal lattice of graphene, its atoms oscillate as if in tandem, which distinguishes such movements from the spontaneous movements of molecules in liquids.

Therefore, the thermal Brownian motion of the graphene atoms is crucial in the energy conversion mechanism, as the vibrations of the outer atomic layers on the surface of nanoparticles with a thickness less than 10-20 nanometres are large and play an important role in how this material “behaves”. As a result, if you cannot ensure uniform application of graphene with a thickness of 1 atom the efficiency of conversion of energy of radiation fields into electric current drops sharply, so we had to work on the design of special equipment for applying graphene and silicon on the metal foil of size 200×300 mm and above, because without this we cannot talk about mastering production facilities. Technologies for graphene and silicon deposition in laboratory conditions are expensive and not suitable for industrial production.

Why did you choose graphene for your material, and how does the oscillation of graphene, expressed as the emergence of a ‘graphene’ wave, induce an electric current?

Schubart: Graphene is a one-atom layer of graphite, and graphite is one of the allotropic modifications of carbon with the atomic number 6. The atomic mass of carbon is 12,011, which means it is one of the lightest chemical elements. This means that the nucleus of the graphene atom will get the most bounce when struck by particles of the surrounding radiation fields having a mass. Such a mechanism is described in published papers by the COHERENT Collaboration at Oak Ridge National Laboratory (USA). We use virtually impurity-free graphene and alternate its layers with layers of doped silicon, so the clouds of graphene electrons distort their motion in one direction, thus generating an electric current. The overall effect is what physicists call “oblique scattering,” where the clouds of electrons deflect their motion in the same direction. So far, we do not know of any other materials or chemical elements that have similar properties, so there is no alternative to graphene yet.

When it comes to self-contained electric power supply, factors such as power, size, and pricing are crucial.

Schubart: The plant, which is being built in Switzerland, plans to mainly produce Neutrino Power Cubes net-fuel-free generators with a capacity of 5-6 kW. The generating unit has a size of 800x400x600 mm and weighs about 50 kg. Two generating units can be installed to increase the generating capacity to 10-12 kW. Preliminary price for Neutrino Power Cube with 5-6 kW net power is 11000 euros. The price is determined by the cost of production, and Switzerland is known to be a very expensive country. We might be able to achieve a lower cost given the economic conditions in those countries that have also acquired licences, as well as by increasing mass production and widespread adoption of our technology in everyday life. For economically underdeveloped countries and crisis regions, we are considering subsidies and philanthropic support, given the high moral and ethical responsibility that goes with our technology.