Dark Matter Could Be Explained by “Boson Clouds”

Astronomers are still baffled by the nature of dark matter. It’s easy to dismiss the dark matter idea entirely since the hunt for dark matter particles continues to yield no results, yet indirect evidence for the substance remains robust. So, what exactly is it? One group has an idea, and the findings of their initial search have been revealed.

Dark matter can’t be conventional matter because of its properties. Light is readily absorbed and emitted by ordinary stuff (atoms, molecules, and the like). Even if dark matter comprised clouds of molecules that produce nearly little light, the light they absorb would make them visible. They’d resemble the black nebulae that may be seen near the cosmic plane. However, there aren’t nearly enough of them to account for the dark matter impacts we see. Neutrinos have also been ruled out. Although neutrinos do not interact substantially with light, they constitute a kind of “hot” dark matter since they travel at almost the speed of light. We know that the majority of dark matter is slow and so “cool.” So, if there is dark matter, it must be something else.

The authors of this new paper propose that dark matter might be made up of particles known as scalar bosons. Fermions and bosons are two broad categories that include all known stuff. The quantum feature of spin determines which category a particle belongs to. Fermions with fractional spin, such as electrons and quarks, have 1/2 or 3/2 spin. Photons, for example, have an integer spin of 1 or 0. A scalar boson is a particle with no spin. 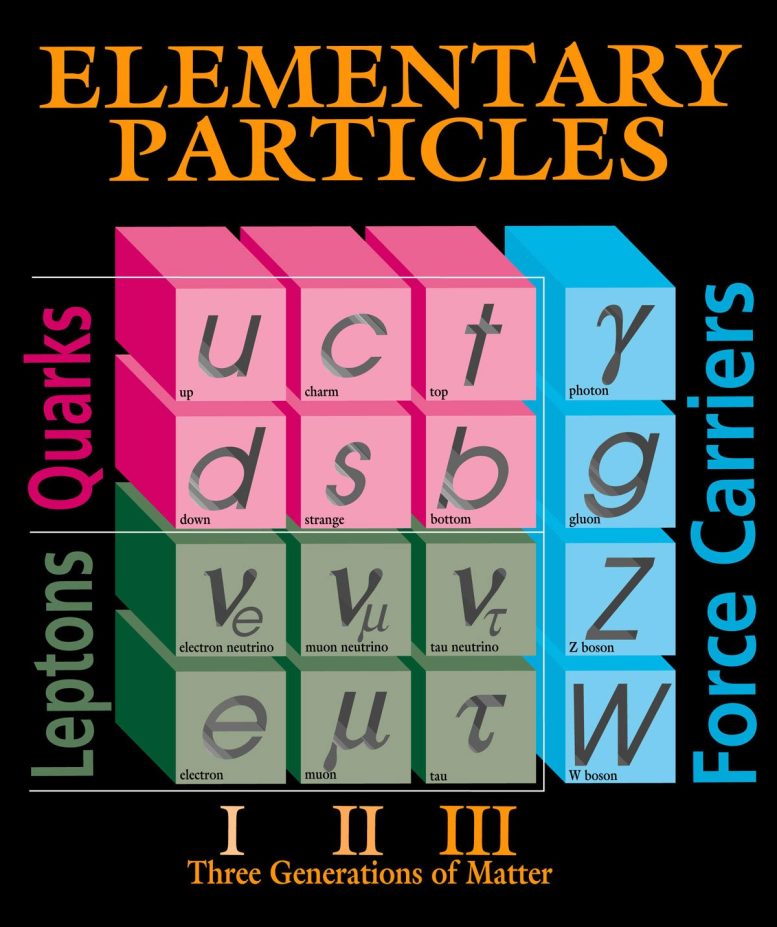 Quarks and leptons are fermions, while force carriers are bosons. Credit: Fermilab

While it may seem to be a minor difference, when big groups of particles are combined, the two types of particles act significantly differently. Fermions can never be in the same quantum state, hence squeezing them together causes them to push back. White dwarfs and neutron stars occur because of this. Gravity attempts to bring electrons and neutrons together, but the Fermi pressure is so powerful that it overcomes gravity (up to a point). Bosons, on the other hand, are quite content to be in the same condition as each other. When a group of bosons (such as helium-4) is supercooled, they form a bizarre quantum entity known as a Bose-Einstein condensate.

The Higgs boson is the only known scalar boson. Given its known characteristics, the Higgs cannot be dark matter, although other ideas suggest additional scalar bosons. These would only interact with gravity and not with light. These scalar bosons would cool and collapse into enormous clouds over time since light can’t appreciably heat them up. As a result, it’s possible that dark matter is made up of enormous dispersed clouds of scalar bosons.

Illustration of a quark core in a neutron star. Credit: Jyrki Hokkanen, CSC – IT Center for Science

This research does not fully rule out scalar bosons, but it does place some significant restrictions on the concept. And, for the time being, that seems to be the dark matter tale. We’re still figuring out what it isn’t while we try to figure out what it is.