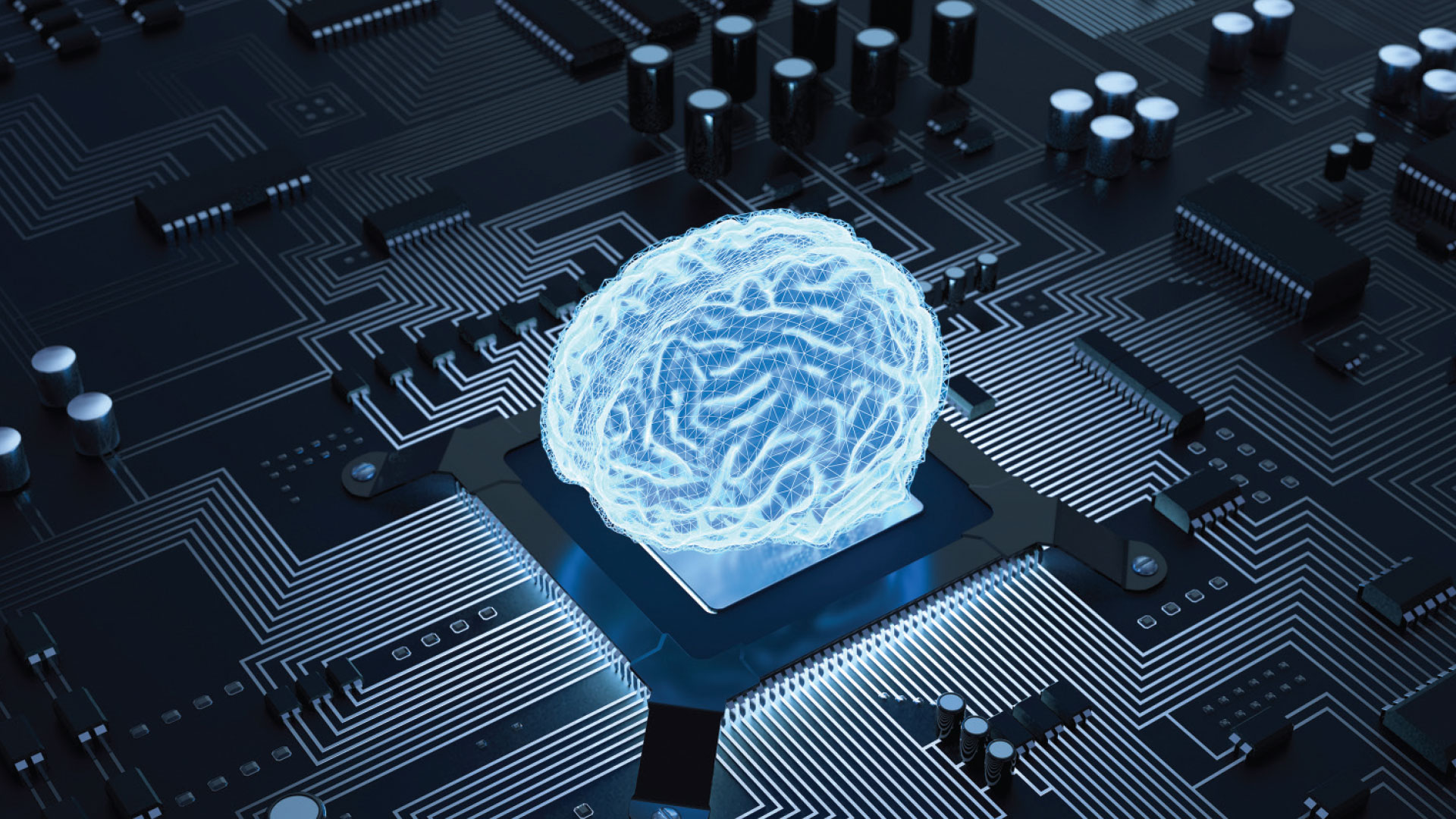 These days, AI can be found in just about any industry or application imaginable. Over the past few decades, incredible strides have been achieved, with examples including DeepMind’s AlphaGo beating the world’s best Go player in 2016 and the use of LinearFold to anticipate the conformations of the SARS-CoV-2 RNA sequence in just 26 seconds.

AI takes vast quantities of energy and data to operate, and current computer technology cannot keep up. Integrated circuit chips have reached capacity despite the fact that structures on the chips and circuit components are shrinking. There is a physical limit to how far we can go this.

Professor Li Lin of George Washington University’s Department of Mechanical and Aerospace Engineering, whose research interests include plasma physics, plasma chemistry, and machine learning, has this to say: “Semiconductor structures on computer chips are now approaching a size of several nanometers, and the quantum uncertainty begins to break the electrical insulation, resulting in the failure of the chip.” “It’s really tough to keep making smaller and smaller chips,” one expert said.

Lin and his adviser, Michael Keidar, an engineering professor at George Washington University, believe that alternate hardware may be examined, thus they resorted to chemistry for this purpose. During a chemical reaction, the number of reactive species in a system is predetermined and results in predetermined products. Lin stated, “A chemical system contains a network of all its chemical processes, known as the ‘chemical route network.'” This network may be trained in the same manner as a typical artificial neural network. One may create a substance with chemical properties applicable to artificial intelligence.”

Any substance with a temperature greater than –273 °C has molecules that move at random, and collisions between these molecules can result in chemical reactions. Constantly, this occurs across the cosmos, from star creation to our own biological processes.

Lin stated, “To create AI from these systems, we must regulate and sustain the collision probability.” In other words, chemical reactions are a form of data processing that nature can continue to operate automatically; all humans needed to do was discover a method to exploit it. This may theoretically transform any substance with sufficient chemical complexity into an alternate hardware carrier for artificial intelligence. Thus, AI might be constructed without digital computers.

The scientists taught a low-temperature helium plasma to play tic-tac-toe in a study published in Advanced Intelligent Systems. The concept is predicated on the creation of a data processing unit from a network of chemical processes occurring within an isolated chemical system, such as a plasma. The scientists must determine a set of chemical parameters for the system, such as pressure or temperature, so that the system can output accurate information in real-time in response to a dynamic input, thereby transforming the system into a programmable analog computer that operates at the molecular level and can process complex data in nanoseconds. In an analog computer, the chemical parameter sets serve as “software” to decide chemical reactions. In other words, the computer’s cognitive process.

Programming a quantum computer differs significantly from coding a regular computer. The map of chemical processes in the system, known as the “chemical route network,” is viewed by scientists as an artificial neural network. The chemical parameters are the network weights, and the species concentrations are the neuron values. Using contemporary approaches for machine learning, the hardware may be educated (programmed) for certain objectives. The training objective is to determine the mission’s chemical parameter set. After it has been acquired, programming is complete. After training on the system, users are able to vary the chemical parameter set for various missions, similar to running different software on a computer.

Li and Keidar trained a plasma to play tic-tac-toe to show this. However, how can a plasma “see” the board in order to play the game? Li and Keidar accomplished this by introducing a gas mixture into the plasma. The nine gases NO, N2O, H2O, N2, O3, He, O2, H2, and NO2 were used to construct the 33 game board, each representing one of the game’s nine tiles. Thus, the board state is represented by the mixing ratio of various gases: a smaller ratio of a type of gas indicates a plasma’s marker on that tile, whereas a greater ratio indicates an opponent’s marker. After receiving such a gas combination, the plasma’s chemical processes commence, producing excited atoms and molecules. These excited species will emit light signals reflecting the next movement of the plasma. Therefore, the condition of the board affects the mixing ratios of various gases, leading to a series of distinct chemical reactions in the plasma. Thus, the plasma will produce a new next step. Lin continued, “This is how plasma “thinks” via its chemical route network.

The light signals will be translated to update the board’s state so that the opponent, be it a human or a computer player such as the random-move player used for training and testing, may participate in the game. Then, following the opponent’s move, the gas mixture with its altered mixing ratios indicating the new board state will flow into the plasma for consideration.

Small adjustments to the chemical parameters serve as training exercises. A change that results in a lower score is deleted and the settings are reset. However, a collection of updated parameters that can improve the plasma’s performance will be recorded and used as the basis for the subsequent modification (generation). This is a common evolutionary algorithm employed in the field of machine learning.

Through training, the plasma finally acquired a high winning percentage versus the random-move player, demonstrating that it does not play randomly but rather with logic and develops its own strategy. Lin stated, “This is how the plasma reveals a chemically-based AI.”

During training, Lin and Keidar saw that the plasma grew increasingly aggressive and attempted to win games in less plays. During the plasma’s training, they did not develop a score system indicating that “winning a game earlier is preferable.”

Lin stated, “The plasma determined that missing a winning move would increase game uncertainty.” “As a result, it has learnt not to miss any winning opportunities and is beginning to win games more quickly.”

Even yet, the plasma began demonstrating the “fork move,” which creates two winning positions while the opponent can only stop one. “It was intriguing to see a source conclude that the greatest defense is a strong offensive,” Keidar remarked. “These are typical AI game-learning tendencies, but now materials with complicated chemistry may also exhibit them.”

Compared to current digital computers, which create and transmit digital signals by moving electric charges through circuits, this method consumes less energy. “Using a digital computer to process data is indirect in comparison to a chemical system,” stated Keidar.

The intelligence of a chemical reaction network may likewise be manipulated by adjusting the system’s complexity. This is comparable to the notion of artificial neural networks, in which more neurons with more connections indicate a greater capacity for information processing. “To enhance the complexity of a chemical system, one may simply raise the number of reactors,” explained Keidar. “The system may also be utilized as a data processor without high-level intelligence, similar to a current CPU in a personal computer.”

This theory is applicable to all materials whose chemical behaviors are sufficiently complex to make them acceptable, not only plasmas. Lin stated, “We shouldn’t confine ourselves to producing computer hardware based on semiconductors, as this might limit their use.” “We have a concept for the future that blends the self-organization of molecules with chemically-based artificial intelligence, and it may be a method to use any surface as a computer screen, anytime people would need one.

“The formation of self-organizing patterns in plasma is really prevalent,” he said. “The only remaining technological hurdle is to manage the self-organization of molecules with chemical-based AI so that it may be utilized anywhere.”

The team’s next question is how far they can take these technologies. Possibly so far as to become matter not just intelligent but also self-aware.