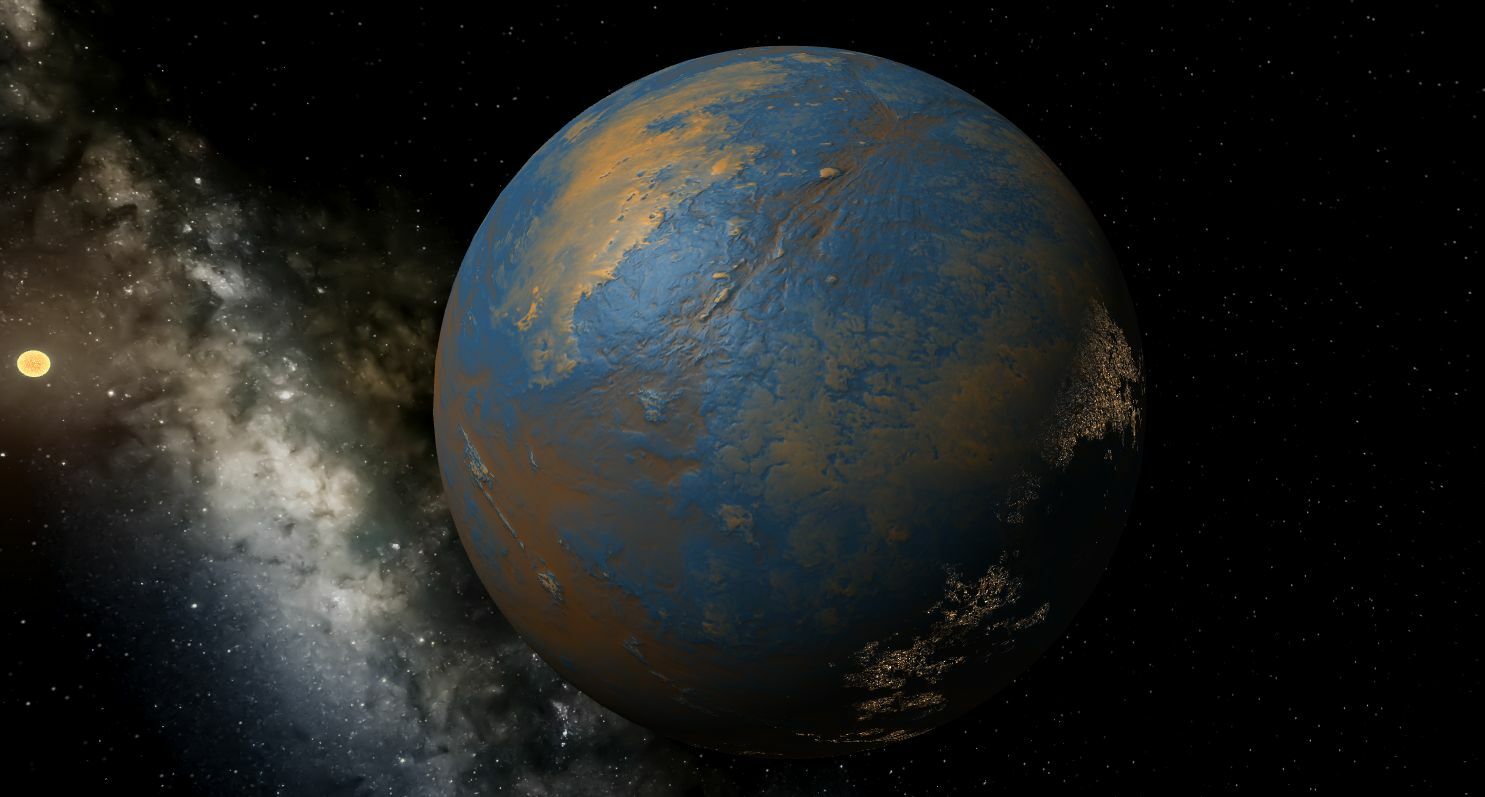 A recently found exoplanet that is astonishingly similar to Earth

An international team of scientists recently announced the finding of two new exoplanets, each roughly 40% larger than Earth, and they say these faraway worlds may make excellent targets for the James Webb Space Telescope (JWST), in part because one of them may have a climate comparable to Earth.

The two planets were discovered circling a star obliquely designated LP 890-9, which is located about 105 lightyears away in the constellation Eridanus. The first planet, LP 890-9b, was discovered by NASA’s Transiting Exoplanet Survey Satellite (TESS) and has a three-day orbit around the star.

Researchers hoped to confirm the planet’s existence and learn more about it, lead by Laetitia Delrez, an astrophysicist from the University of Liège in Belgium. As a result, they used ground telescopes rather than TESS, which orbits the Earth. They used five other telescope systems, including SPECULOOS (Search for livable Planets EClipsing ULtra-cOOl Stars), a network of robotic telescopes designed to inventory terrestrial, rocky planets like our own and assess their potential for harboring life.

When the researchers pointed the SPECULOOS network at the same location as TESS, they discovered an extra planet, LP 890-9c (emphasis added). It is roughly the same size as b, but has an orbital period of around 8.5 days. The finding was reported in the journal Astronomy & Astrophysics.

“Although this planet orbits incredibly close to its star, at a distance roughly ten times shorter than that of Mercury around our Sun,” Francisco J. Pozuelos, a researcher at the Institute of Astrophysics of Andalusia and one of the paper’s key co-authors, stated in a release. According to him, this might “enable the presence of liquid water on the planet’s surface, assuming it has an adequate atmosphere.”

The star around which these newly discovered exoplanets orbit is approximately 6.5 times smaller than the Sun, with LP 890-9 having a surface temperature roughly half that of our star. “This explains why, despite being far closer to its star than the Earth is to the Sun, LP 890-9c might yet have life-supporting conditions,” Pozuelos added.

The second coldest star discovered to have its own planetary system is LP 890-9. TRAPPIST-1, a red dwarf star in the constellation Aquarius, made news in 2017 because it was the first star discovered to have Earth-like planets circling in the habitable zone, which scientists believe is where life as we know it may originate and sustain. Similarly, this zone is just the perfect distance from the star to allow for liquid water, which is thought to be a prerequisite for life in the cosmos.

The discovery of other planets with Earth-like characteristics bodes well for the ongoing quest for extraterrestrial life. All the more incentive to target the James Webb Space Telescope (JWST), the most powerful interstellar camera ever created, toward the most likely habitable regions.

It’s difficult to find exoplanets, which, unlike stars, don’t emit their own light. As a result, astronomers apply a variety of search approaches, such as detecting the shadows cast by planets when they pass in front of their suns or looking for minuscule gravitational tugs cast by planets on stars. Yes, even though planets are minuscule in comparison to stars, they have a gravitational influence on their much larger “parent,” and even these minor fluxes may be detected by astronomers here on Earth.

It takes a lot of data crunching to adequately validate the discovery of a new exoplanet. You must also account for the light from other stars, which can taint the information received by a telescope. The scientists employed a variety of approaches to ensure that their findings were reliable, including plugging their stats into a software called Triceratops.

The JWST has already been active looking for exoplanets. NASA reported earlier this month that JWST had captured the first-ever direct photographs of a faraway world. According to NASA, the planet in question, HIP 65426 b, has a mass of six to twelve times that of Jupiter. As a result, it is a gas giant with no stony surface. As a result, aliens are extremely unlikely to reside there.

Perhaps JWST should take a closer look at LP 890-9b and LP 890-9c next. “The amazing LP 890-9 system revealed in this paper provides another uncommon opportunity to investigate temperate terrestrial planets near our tiniest and coolest neighbors,” the researchers who discovered these two Earth-like worlds concluded.