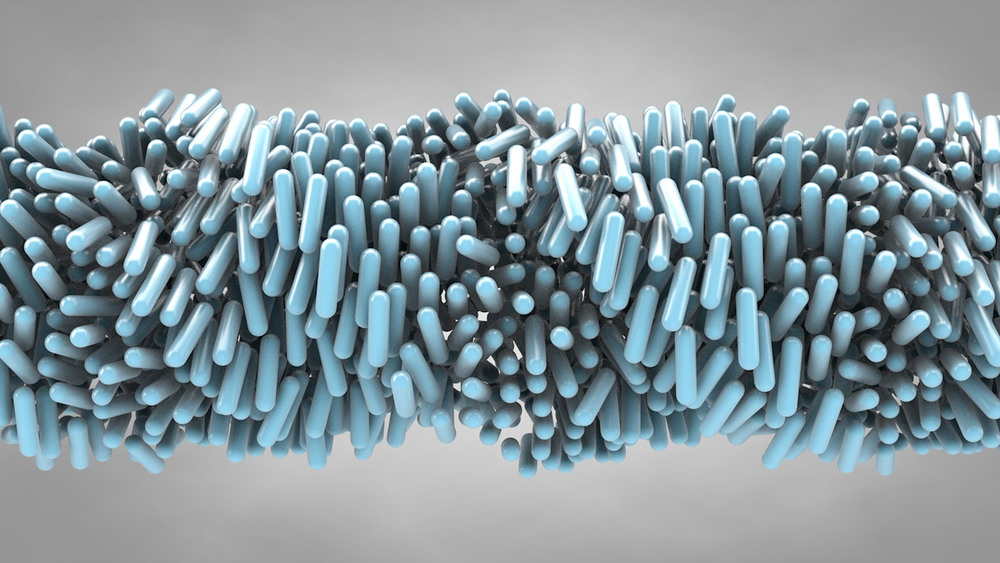 In collaboration with the Military University of Technology, the British University of Southampton, the Italian CNR Nanotec, and the University of Iceland, physicists from the University of Warsaw’s Faculty of Physics have developed a new photonic system with electrically tuned topological features that is made of perovskites and liquid crystals. The most recent Science Advances features their research.

Materials called perovskites have the potential to change the energy industry. These materials are strong and simple to make, and because they have a high solar light absorption coefficient, they are employed to create new, more effective photovoltaic cells. Recently, the up until now underappreciated emission features of these materials have been utilized.

The primary author of the study and Ph.D. student Karolina Lempicka-Mirek from the Faculty of Physics at the University of Warsaw states, “We discovered that two-dimensional perovskites are very stable at room temperature, have high exciton binding energy, and good quantum efficiency.” “Construction of effective and unique light sources can make use of these unique features. For applications in novel photonic systems, this is crucial.”

Researcher Barbara Pietka from the University of Warsaw continues, “In particular, it is proposed to utilise perovskites for information processing with excellent energy efficiency.” A two-dimensional optical cavity containing a liquid crystal was used by scientists to develop a system in which excitons in a two-dimensional perovskite were tightly linked with photons trapped in a birefringent photonic structure. Barbara Pietka explains that in this kind of environment, “new quasiparticles are produced: excitonic polaritons, which are known primarily for the possibility of phase transition to non-equilibrium Bose-Einstein condensate, the formation of superfluid states at room temperature, and strong light emission similar to laser light.”

Mateusz Krol, a Ph.D. candidate from the Faculty of Physics at the University of Warsaw, explains that “our system turned out to be an ideal platform for creating photonic energy bands with non-zero Berry curvature and studying optical spin-orbit effects mimicking those previously observed in semiconductor physics at cryogenic temperatures.” In this instance, we replicated the strong light-matter connection Rashba-Dresselhaus spin-orbit coupling at ambient temperature.

Wiktor Piecek from the Military University of Technology, where the tested optical cavities were made, is a co-author of the study and one of its authors. “Designing a special twist of the liquid crystal molecules at the surface of the mirrors was necessary to generate a polariton band with a non-zero Berry curvature,” he says.

Helgi Sigurdsson from the University of Iceland says that Berry curvature “quantitatively represents the topological features of energy bands in materials such as 3D topological insulators, Weil semi-metals, and Dirac materials.” “It principally plays a crucial part in quantum Hall effects and anomalous transport. Numerous groundbreaking studies of geometric and topological energy bands in ultracold atomic gasses and photonics have been conducted in recent years.”

Jacek Szczytko from the Faculty of Physics at the University of Warsaw says, “The photonic structure produced in this work, employing the spin-orbit coupling and the characteristics of polaritons, opens the way to study the topological states of light fluids at ambient temperature. Barbara Pietka continues, “In addition, it can be employed in optical neuromorphic networks, where precise control over photon nonlinear characteristics is required.