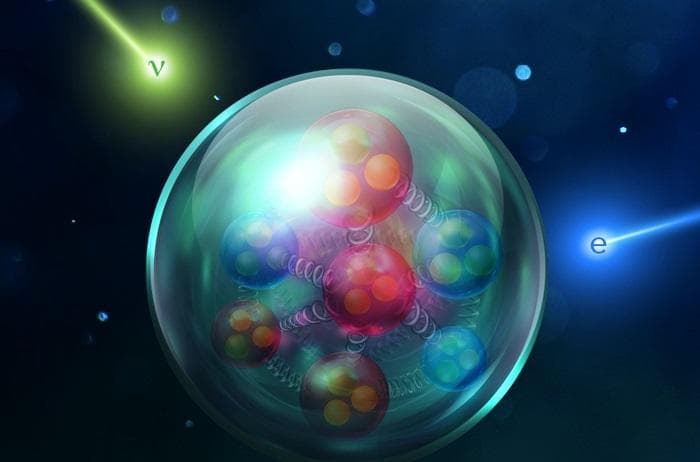 Will we be able to deduce the secrets of neutrinos?

You must first improve the models.

Neutrinos may hold the key to unlocking the enigma of the universe’s origins, but “significant changes” to their models are required before studies can reach high precision results, according to a group of physicists writing in the journal Nature.

“The result is actually to point out that there are aspects of energy reconstruction methods and models that need to be improved,” according to an investigation conducted at the US Department of Energy’s Thomas Jefferson accelerator facility, “so that the projects in progress achieve the precision necessary to achieve the expected objectives.”

According to a statement from Thomas Jefferson, neutrinos may be the key to eventually answering the enigma of the origins of our matter-dominated universe, and preparations are on for two big 1 billion-euro (approximately $ 1.12 billion) tests to uncover the secrets of these particles.

Neutrinos are produced in large quantities by stars all around the universe. These “shy particles” are plentiful, yet they rarely interact with matter, making them difficult to analyze.

To get the most out of future studies, the authors said a deeper knowledge of how these interact with matter is required.

“It’s interesting to examine since it’s not well recognized,” Mariana Khachatryan, co-author of the paper and associate researcher at Florida International University, said of neutrino oscillation, a phenomena in which neutrinos move from one kind to another.

“Physicists do it by measuring all the particles that come out of neutrinos’ interaction with nuclei, and reconstructing the energy of the incoming neutrino to learn more about them, their oscillations, and to measure them very, very precisely,” Adi Ashkenazi of Tel Aviv University explains for his part.