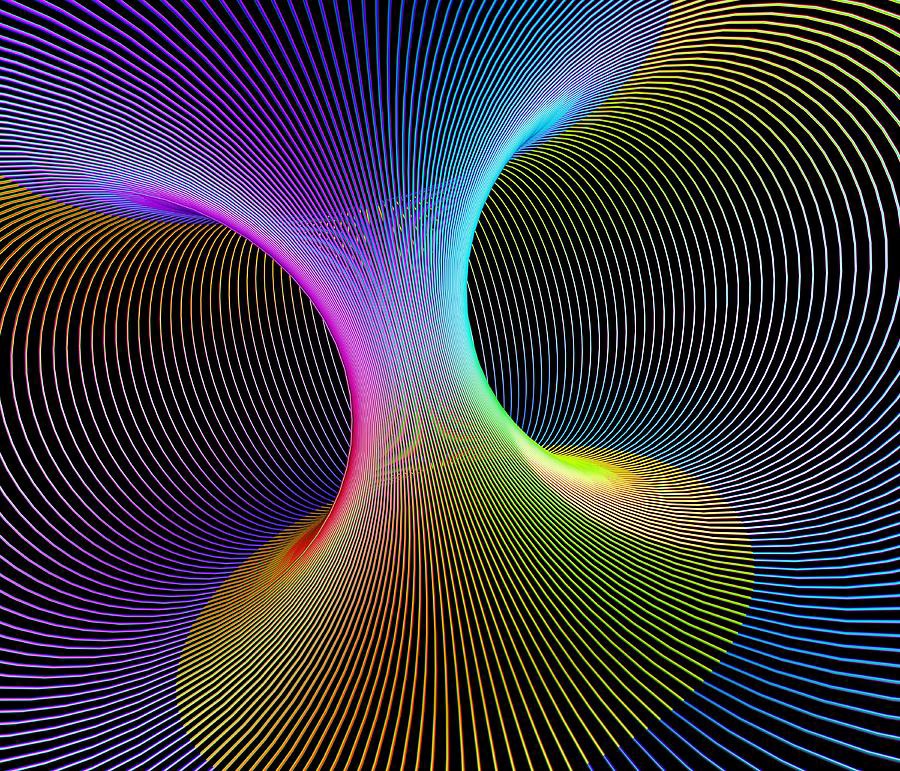 The worldwide standard unit of time, the second, is defined as the period of 9,192,631,770 cycles because cesium atoms respond to microwave radiation at a frequency of 9,192,631,770 cycles per second (hertz or Hz), according to NIST. This mechanism of microwaving cesium atoms to keep track of time is used by our modern operating systems, including the operating system that maintains the levels of nuclear fusion reactors. While this method of microwave-massaging cesium atoms to maintain synchrony with the cyclic nature of time may be precise enough to keep track of time to the nearest 1/9,192,631,770 of a second, it is insufficient to manage the magnitudes of energy generated in nuclear fusions. Neutrino-atomic clocks are a fresh endeavor towards time synchronization that I propose.
If you’ve been following along with my work, and by that I mean you’ve read my pre-print manuscript for my pursuit of engineering new machines — [the] Rhetoric of New Machines, where I introduce the concept of using a Neutrino particle, which has three phases — electron, muon, and tau — that it transitions through, and which can be bent into three-corners, gravitationally, into a triangle; and when spun, form a perfect circle — This machine, which I name the Neutrino-atomic clock and is part of my touted new machine: [the] Hyperion Torus, is what I believe is required for nuclear fusion management.

We should spend some time to comprehend how nuclear fusion is formed when debating the potential of such a nuclear reactor. “Antimatter particles have the same mass as matter counterparts, but properties such as electric charge are polar opposites,” according to CERN. The positively charged positron, for example, is the negative-charged electron’s antiparticle. Matter and antimatter particles are constantly created in pairs, and if they collide, they destroy one another, leaving only pure energy behind.” This implies that the only way to justify, or make tangible, this nuclear energy (from anti-matter and matter fusion) is for the positron and electron spins to align in order to synchronize a magnetic containment system capable of containing the annihilation. We will collide anti-matter particles with matter particles in nuclear fusion processes to produce pure nuclear energy. Consider the mechanics and geometry of objects colliding.

When two objects collide, spin is a component that results in non-linear, curving paths. Naturally, we assume that electrons/positrons are constantly in a state of spin. The more spinning particles (without alignment), the more curved, and typically unpredictable, the fleeing energy will be — and therefore, nuclear energy will be difficult to govern, as it is chaotic. However, using an atomic clock, the Neutrino-atomic clock, we can keep track of the cycles as we rotate anti-matter and matter energy through the Hyperion Torus until we find the magnetic alignment of a positron and electron — in order to fuse, into pure nuclear energy, aligned with a particular magnetic flux joining both the electron and the positron; by collision of the anti-matter and matter counterpart. With this in mind, I propose that the Hyperion Torus be capable of spinning positrons and electrons through the torus until they find their aligned opposites, an anti-matter (positron) and a matter (electron), and then annihilating them for pure energy.

If anti-matter and matter fusion are to be used to generate nuclear power, a clocking system that can handle all of the energy flowing through the nuclear power plant should be used. Our computers run out of power and capabilities for sequencing (decimal values) via -cycles when atomic number scales approach great magnitudes — that is, becomes less predictable, and so nuclear energy cannot be supplied by rolling. The Hyperion Torus, on the other hand, is unique in that it keeps track of -cycles by emulating a live, real-time atomic clock. That is, it can be used as an energy accelerator to track the cycles of energy flowing through the torus barrel until a pair: electron and positron, are found in spin-alignment (magnetic alignment), which can then be annihilated/fused to form pure nuclear energy, at a union-specific magnitude — with symmetric atomic fusion clocks and symmetric initiation points/initial degree(s) of spin; for example, -positron and -elec

See also  In signing the PIP-II planning agreement with Fermilab, Wrocaw University of Science and Technology joins a worldwide partnership

This type of reflection allows for complete and even nuclear annihilation, without any unpredictabilities, smooth, as with the Neutrino- mechanism, the centrifuge of energy circulating through the torus would maintain its energy, evenly, over time, by simulating a spinning Neutrino- particle through an energy stabilizing accelerator — with the goal of calibrating -cycles into the mechanisms of the entire fusion reactor (Hyperion Torus), revolv

To be able to confine the nuclear run-off, we need the anti-matter and matter counter-parts to be in magnetic alignment when they collide. This is because the direction of energy flow from misaligned anti-matter/matter annihilations is too irregular, and the energy bounces about too wildly. That is why we need a stabilizing energy ring/resonator – a system capable of harnessing, and so enabling us to appropriately evaluate time. And, in order to synchronize atomic fusion, I think it is important for humans to assess time.

When anti-matter and matter particles collide, their atomic clocks become misaligned, resulting in a ricochet-spray of nuclear energy that appears at random points in space-time. Because the magnetic flux that travels through both the positron’s nuclear energy and the electron’s nuclear energy follows the same permeable path of magnetism with particle-spin alignment, only one magnet (a super-conducting magnet) is needed to contain the whole nuclear fusion process.

We may be able to freeze the location and spin of magnetically aligned positrons and electrons, then magnetically move them into a fuse chamber (the fourth and largest ring of the Hyperion Torus) where they will be released of all of the magnetic energy used to contain them, released to a cross-acceleration, winding down into a particle collision (similar to the process at CERN’s LHC) — anti-matter and matter nuclei.

I’m talking about such an invention today, in principle, as a solution to our energy demands, in the hopes of generating discussion about the notions I’ve developed behind the description of my new machines. This article is intended to draw attention to the reason why we don’t have 100 percent pure conversion of fusion energy in reactors today; that is, no fusion reactor today can keep track of rolling energy long enough in a generator to find and fuse magnetically aligned positron(s) and electron(s) — with frequency, and thus, nuclear energy fluctuating across misaligned magnetic fields results in nuclear waste and nuclea leaks.

As I previously said, the Hyperion Torus Machina is based on a theory called the Theorem of Hyperion that I published in the Rhetoric of New Machines. Now I’d like to talk about the “Cooling Ring,” a superconducting magnet, and the “Power Ring,” a hyper-laser torus energy-wheel.
The “Cooling Ring’s” objective is to provide an alternating magnetic flux density, basically cooling and sustaining the magnetism of the “Photon Ring” — our neutrino-atomic clock, which will generate an energy level that stabilizes the spinning triangle neutrino-atomic clock. From here, we choose one electron from the “Power Ring” and record its initial spin position; after that, we spin the electron in a vacuum chamber called the “Electro-Stactic Field Fusion Chamber.” To obtain a positron with the same spin as the electron we’ve previously chosen, we’ll reverse the direction of the power going through the “Power Ring” (torus). That means we’ll keep turning the superconducting magnet ring (“Cooling Ring”) to maintain the energy circulating in the “Power Ring” — until we locate a positron with the same amount of spin as the selected electron. Of course, none of this — revolving energy into the torus — would be possible if it weren’t for our calibration system, which sequences out the cycles of such that the energy in the “Power Ring” (torus) can keep rolling as we search for anti-matter and matter equivalents. We just time the annihilation process appropriately within the “Fusion Chamber” after we’ve discovered our mates, harnessing all of the nuclear energy.