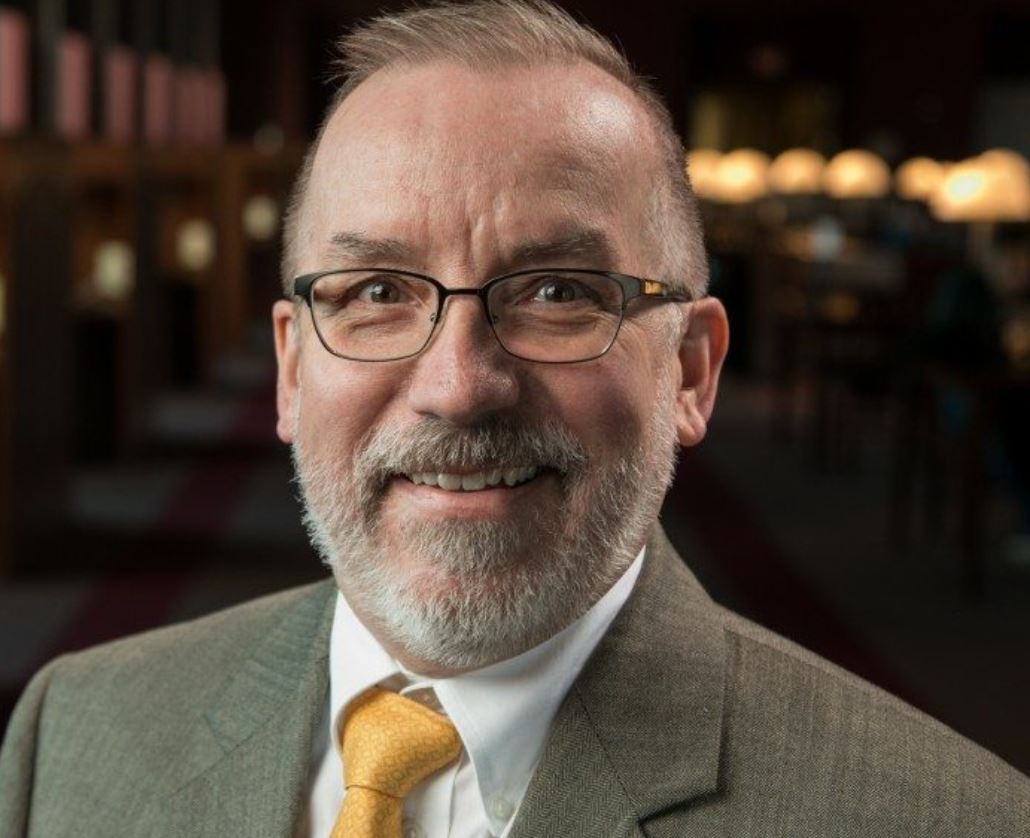 Leo Piilonen of Virginia Tech has been chosen to the American Association for the Advancement of Science’s (AAAS) newest Fellowship class, one of the most prestigious distinctions in the scientific world.

Piilonen is a professor in the Virginia Tech College of Science’s Department of Physics. Piilonen is being honored by the AAAS for his “distinguished contributions to experimental elementary particle physics, notably for leadership in the Belle and Belle II collaborations, and in the discovery and identification of muon and K-long mesons.”

The original Belle and the new Belle II high-energy particle physics detectors are housed on the grounds of the High Energy Accelerator Research Organization (“KEK,” to use its Japanese language abbreviation) in Tsukuba Science City, Japan. The outermost component of both detectors, the KLM, was designed and produced by Piilonen’s team. According to the institution’s website, Belle II is meant to produce exact measurements of weak interaction parameters and discover “novel physics” outside the mainstream paradigm of known particle physics. The observations made in Japan were significant in earning the Nobel Prize in Physics in 2008. Piilonen thanked his local team members, including current postdoctoral scientist Vipin Gaur, who now works at KEK; Taylor Kimmel, who finished with a Ph.D. last year; and current physics Ph.D. students Zachary Stottle and Tommy Lam, for their numerous contributions over the years.

Piilonen was voted co-leader of the 500-member Belle Collaboration and head of the Institutional Board of the Belle II Collaboration, which represents the interests of its 1,000 members. The Virginia Tech Institute for Creativity, Arts, and Technology helped Piilonen lead a local team to develop a virtual-reality interactive replica of the Belle II experiment in 2016. The goal of the project was to introduce particle physics research into the classroom. “Over 30 universities across the world have adopted this concept for student training and public engagement,” Piilonen added.

“We are delighted that Leo Piilonen has been recognized as a AAAS fellow for his work in experimental elementary particle physics,” said Dan Sui, Virginia Tech’s Senior Vice President for Research and Innovation. “Dr. Pillonen’s internationally known research has had a significant influence on the field of physics.”

“Dr. Piilonen’s election as a Fellow of the American Association for the Advancement of Science honors his illustrious career and numerous contributions to science,” said Ron Fricker, interim dean of the College of Science. “As we commemorate Virginia Tech’s 150th anniversary and reflect on its history, Leo’s study stands out. His expertise in particle physics, spanning decades of work on the Belle and Belle II programs, has set new scientific milestones, with more discoveries to follow.”

“Leo has made significant contributions to our understanding of the fundamental particles of nature and how they interact over the course of his nearly four-decade career working in the area of experimental particle physics, particularly through his leadership and contributions to the Belle and Belle II experiments in Japan,” said Mark Pitt, professor and chair of the Department of Physics.

Piilonen is also an American Physical Society Fellow. Other accolades include a 2019 Outstanding Faculty Award from the Virginia State Council of Higher Education and a 2019 Virginia Tech Alumni Award for Excellence in Research. From 2010 to 2016, he was also the recipient of the William E. Hassinger, Jr. Senior Fellowship in Physics. In 2010, he became the inaugural director of Virginia Tech’s Center for Neutrino Physics, which he founded in 1987. From 2012 until 2015, he was the department chair.

See also  What is the best way to create the world's most powerful neutrino beam?

The American Association for the Advancement of Science (AAAS) is the world’s biggest general scientific organisation and the publisher of the Science family of periodicals.

The AAAS Fellows class of 2021 includes 564 scientists, engineers, and innovators from 24 scientific areas who have made significant contributions to science and society. X.J. Meng, a University Distinguished Professor at the Virginia-Maryland College of Veterinary Medicine and professor of internal medicine at Virginia Tech Carilion School of Medicine, was also recognized this year.

AAAS was created in 1848 and now has over 250 associated organizations and academies of science that serve a total of 10 million people. The nonprofit AAAS welcomes everyone and works to “advance science and serve society” through projects in scientific policy, international programs, science education, and public engagement, among other things. The awarding of AAAS Fellows has been a tradition since 1874.

According to AAAS, this year’s Fellows will receive an official diploma as well as a gold and blue rosette pin signifying science and engineering, respectively, to honor their election. Because of the current COVID-19 outbreak, the Fellows will be honored at a later period when it is publically safe to do so, rather than in February.