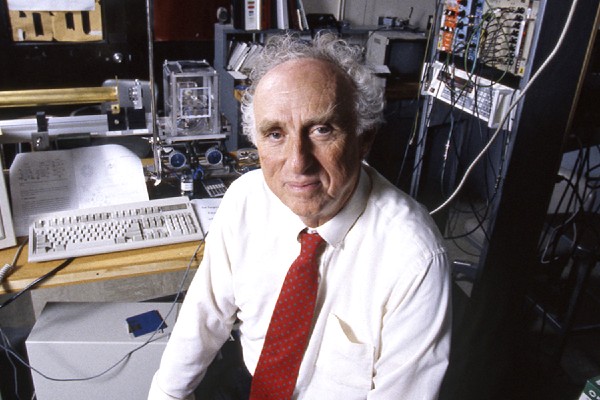 Was a chemical engineer and physicist from the United States who won the Nobel Prize in Physics in 1995 for discovering the tau lepton.

Perl was born in the city of New York, in the state of New York. Fay (née Resenthal), a secretary and bookkeeper, and Oscar Perl, a stationery salesman who created a printing and advertising company, were Jewish immigrants from the Polish region of Russia to the United States.

Perl went on to work for General Electric as a chemical engineer at a factory that made electron vacuum tubes after graduation.

Perl enrolled in atomic physics and advanced calculus courses at Union College in Schenectady, New York, to understand more about how electron tubes functioned, which sparked his interest in physics and led to his acceptance as a PhD student in physics in 1950.

In 1955, he got his Ph.D. from Columbia University in Harlem, New York, with I.I. Rabi as his thesis advisor.

Perl’s thesis included measurements of sodium’s nuclear quadrupole moment using the atomic beam resonance method, for which Rabi had received the Nobel Prize in Physics in 1944.

Perl worked on the physics of strong interactions at the University of Michigan for eight years after receiving his Ph.D., utilizing bubble chambers and spark chambers to explore the scattering of pions and later neutrons on protons.

Perl and Lawrence W. Jones were co-advisors to Samuel C. C. Ting, who won the Nobel Prize in Physics in 1976, while at Michigan.

Perl began to examine electron and muon interactions in search of a simpler interaction mechanism to study.

When he came to the Stanford Linear Accelerator Center (SLAC) in California in 1963, he had the opportunity to begin planning experimental work in this field.

Perl decided to look for solutions to these concerns through high-energy charged lepton experiments.

He also explored whether electron-positron collisions could lead to the discovery of the third generation of lepton.

Perl was one of 20 Nobel Laureates in Physics from the United States who signed a letter to President George W. Bush in May 2008 urging him to “reverse the damage done to basic science research in the Fiscal Year 2008 Omnibus Appropriations Bill” by requesting additional emergency funding for the Department of Energy’s Office of Science, the National Science Foundation, and the National Institute of Standards and Technology.

The tau particle was discovered

The tau lepton (also known as the tau particle, tauon, or simply tau) is an elementary particle having a negative electric charge and a spin of 12, but with a mass of 3477 times that of the electron. It is classed as a lepton together with the electron, muon, and three neutrinos.

Perl and his colleagues at the SLAC-LBL group discovered tau in a series of studies between 1974 and 1977.

The LBL magnetic detector and SLAC’s then-new colliding ring, termed SPEAR, were among their tools. They were able to recognize and differentiate between leptons, hadrons, and photons.

SPEAR was able to smash electrons and positrons at higher energy than previously conceivable, initially up to 4.8 GeV and then up to 8 GeV, high enough to produce a tau/antitau pair.

Because the tau has a short lifetime of 2.91013 seconds, these particles decayed within centimetres of the collision.

As a result, Perl and his colleagues did not directly identify the tau, but instead identified anomalous occurrences involving an electron and a muon, or a positron and an antimuon:

The inability to conserve energy and momentum with only one undiscovered particle demonstrated the need for at least two undetected particles.

No further muons, electrons, photons, or hadrons, on the other hand, were discovered. This event was thought to be the birth and subsequent decay of a new particle pair:

Because the energy required to make the +pair is similar to that required to produce the D meson, this proved difficult to verify.

The mass and spin of the tau were later determined by to work done at DESY-Hamburg and at SPEAR’s Direct Electron Counter (DELCO).

Because it was the third charged lepton identified, the symbol was drawn from the Greek v (triton, which means “third” in English).

Later career and the Nobel Prize

In 1995, Perl and Frederick Reines shared the Nobel Prize for Physics. “For pioneering experimental contributions to lepton physics,” the medal was given.

He accepted a position as a visiting lecturer at the University of Liverpool.

He was a member of Scientists and Engineers for America’s board of advisors, an organization dedicated to advancing sound science in the American government.

He got the American Academy of Achievement’s Golden Plate Award in 1996.

Perl was awarded an honorary doctorate by the University of Belgrade in 2009.