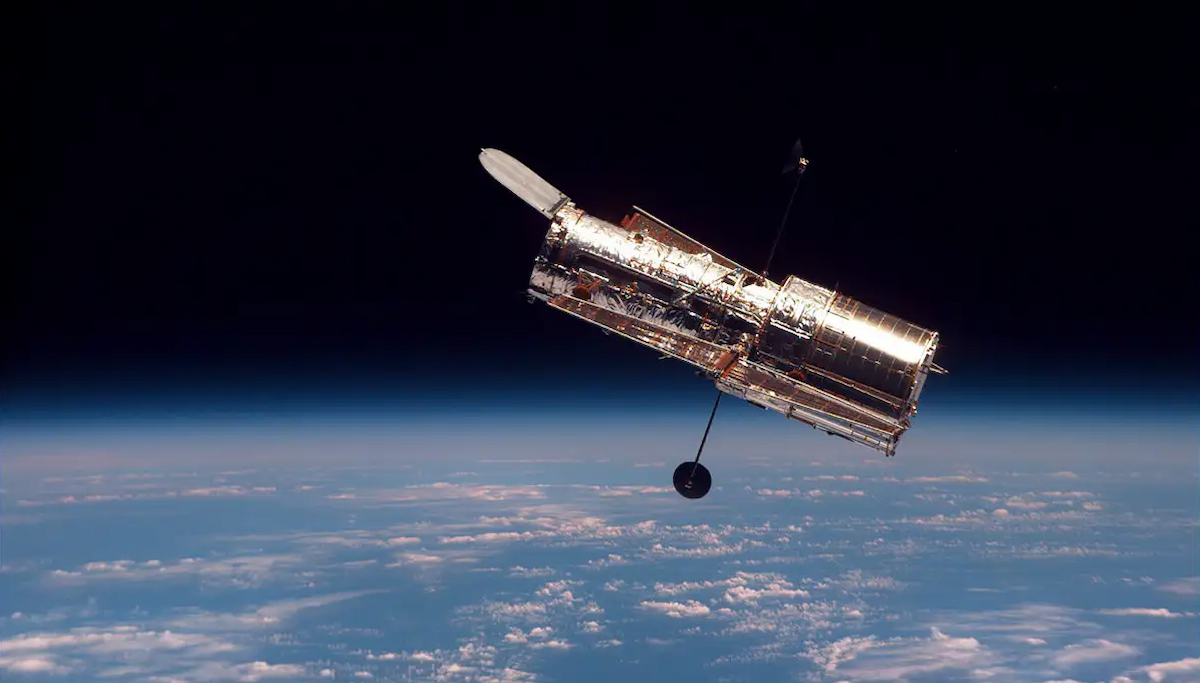 Hubble discovers a new shield that safeguards galaxies from destruction

The Hubble telescope, which has been responsible for some of the most remarkable findings in the cosmos for nearly three decades now, has recently made another astounding discovery, this time originating from beyond our own Milky Way galaxy.

A corona, which is a protective shield made of hot supercharged gas, has been observed by the flying observatory around the Magellanic system outside the Milky Way. This shield prevents the dwarf galaxy from being destroyed.

They should have been torn by gravity as they were drawn into our galaxy, but instead they stay intact. The Large and Small Magellanic Clouds are a satellite galaxy of the Milky Way. New stars are forming in them, and as they are pulled towards our galaxy, they are developing. Astronomers have never been able to explain why this one-of-a-kind feature has managed to keep its integrity in the face of such robust star formation activity.

“Many individuals were having difficulty providing an explanation for how these material streams might be present. If all of this gas was evacuated from these galaxies, then how are new stars being formed in them? According to a statement released by Dhanesh Krishnarao, an assistant professor at Colorado College who served as the study’s primary investigator.

This discovery, which was reported in Nature, alludes to a protective shield that keeps the gas supply of the satellite galaxies from being drained off by the Milky Way. As a result, these satellite galaxies are able to continue the process of creating new stars.

According to Andrew Fox of the Space Telescope Science Institute, who was a co-lead on the project and said that galaxies encase themselves in gaseous cocoons, which operate as defensive shields against other galaxies, “Galaxies envelop themselves in gaseous cocoons.” The first proof of such a phenomena to be found in outer space was very recently found, despite the fact that the predictions of such a shield date back many years.

See also  The puzzle deepens: phantom neutrinos and rapid radio bursts do not originate from the same source

Astronomers were taken aback by the discovery that this shield is invisible, despite the fact that it extends for close to 100,000 light years, and that in order to map it, it will be necessary to search through thirty years’ worth of archived data in search of acceptable observations. They hypothesize that this corona is a remnant of the original cloud of gas that collapsed to form the galaxy billions of years ago. This cloud of gas was located at the center of the galaxy.

In order to find ultraviolet observations of quasars that were located billions of light-years behind it, the researchers had to search through a huge amount of data that had been obtained by the Hubble and the Far Ultraviolet Spectroscopic Explorer (FUSE) satellite archives. They analyzed the ultraviolet light coming from 28 different quasars in order to identify the material that was found surrounding the Large Magellanic Cloud, as well as confirm the existence of the corona.

“Anything that wants to enter the galaxy will have to go through this stuff first so that it can cushion part of the impact. ” Furthermore, the corona is the very first substance that may be removed from the star. “Even though you are giving up a small portion of the corona, you are protecting the gas that is contained within the galaxy itself and has the potential to generate new stars,” added Krishnarao.